A couple of years ago 3 batten sails launched into the windsurfing world, taking on our preconceptions of what a windsurfing sail should be.

Now, most brands seem to be developing a 3 batten wave sail – but is this really the answer?

Adrian Jones goes back to the start of it all and analyses the Point7 Swag.

Check out one of the latest 3 batten sails on the market in action here.

Ok, ok, I know what you are probably thinking here. This has got to be a joke right? A three batten performance wave sail… we are only just getting our heads around the advantages and trade-offs of four batten sails, so surely three batten is a step too far, right?

Well if that’s what you are thinking then you are echoing the feelings we had when we first heard about this new three batten Swag from Point7.

If you look at the characteristics of a current four batten sail compared to a five batten sail, you would include such things as less stability, softer feel, lighter weight, more power in the hands, better drive through turns and less wind range, particularly at the top end. Logic would dictate that if you were to extrapolate these results as an assumption of what a three batten sail would perform like, you would get something that you probably wouldn’t want to be riding on. It would have even less stability, softer feel, more power felt in the hands, lighter weight, less wind range and a pretty poor top end.

The lighter weight would be a welcome feature, but most of the other characteristics would not be, and in conclusion you would probably very quickly dismiss the usefulness of a three batten sail; as has been done for many years now.

With this in mind, when PWA sailor and Point7 team rider Adam Lewis persuaded us to try his three batten prototype, we thought we had a fair inclination of how it would perform. Badly.

Nevertheless, curiosity beckoned and off we went…firstly, as predicted, it is incredibly light weight. At 2.8 kgs, it is approx 20% lighter than most 4.7m wave sails and an incredible 0.3kgs lighter than the Severne Blade – the lightest sail in our group 4.7m sail test. Both the boom and luff lengths would have been at the shorter end of our 4.7m group test, but nothing exceptional.

Correct tuning is extremely critical. We have found that in general four batten sails are more sensitive to tuning than five batten sails, and so this three batten sail follows suit. It is absolutely essential to rig it on the correct downhaul setting, where one cm too much or too little downhaul can be make or break the performance of this sail.

With some guidance from Adam, we hit the water ready for our other pre-conceptions to be verified. But they weren’t. In fact, what we found next has left us rather puzzled and surprised…even as I write this I am still struggling to get my head around what we experienced. First up, this sail is not at all soft and flexible in feel. In fact for a wave sail, it feels one of the firmest, and most skin tensioned sails we have used. Setting with quite a knuckle at the front, the power is very forward positioned and actually makes the sail feel surprisingly light and controlled on the backhand. There is no doubting that this is a stable sail and has decent top end.

On the wave, it is extremely light in the hands and consequently very manoeuvrable. It is also depowers incredibly easily, which is great. In fact, the Swag wasn’t at all what we expected and truth be told it is a nice sail that ticked a lot of boxes: light handling, good pull position, decent stability, easy to depower on the wave. But (and there is a but), in the very short time that we had on it, there were some drawbacks. It felt a little devoid of feel and feedback, a little clunky in rotation and a little short of low-end grunt. Perhaps with more time, we would have been able to work these issues out, but regardless of this, there is no getting away from the fact that this three batten sail works and it works well. And to prove this point, there can be no better example than 87kg Adam Lewis finishing a very credible 17th at the PWA Klitmoller event in well powered-up onshore conditions using this sail.

The jury may still be out on whether three battens can actually be better than four or five for all-round performance, but from what we have experienced with the Swag, there can be no doubt that three batten wave sails do work. French freestyler Nicolas Akgazciyan has been scoring some perfect conditions at his home spot, the result of which is a nice little clip of him... 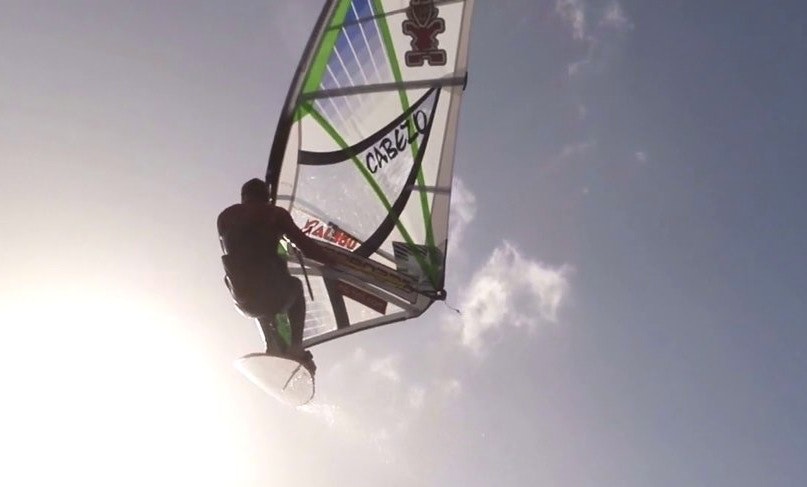 Dany Bruch make a shock move to Challenger sails earlier this year. Ahead of the 2014 PWA season he has developed a brand new 3... French freestyler Nicolas Akgazciyan has been scoring some perfect conditions at his home spot, the result of which is a nice little clip of him...

Dany Bruch make a shock move to Challenger sails earlier this year. Ahead of the 2014 PWA season he has developed a brand new 3... 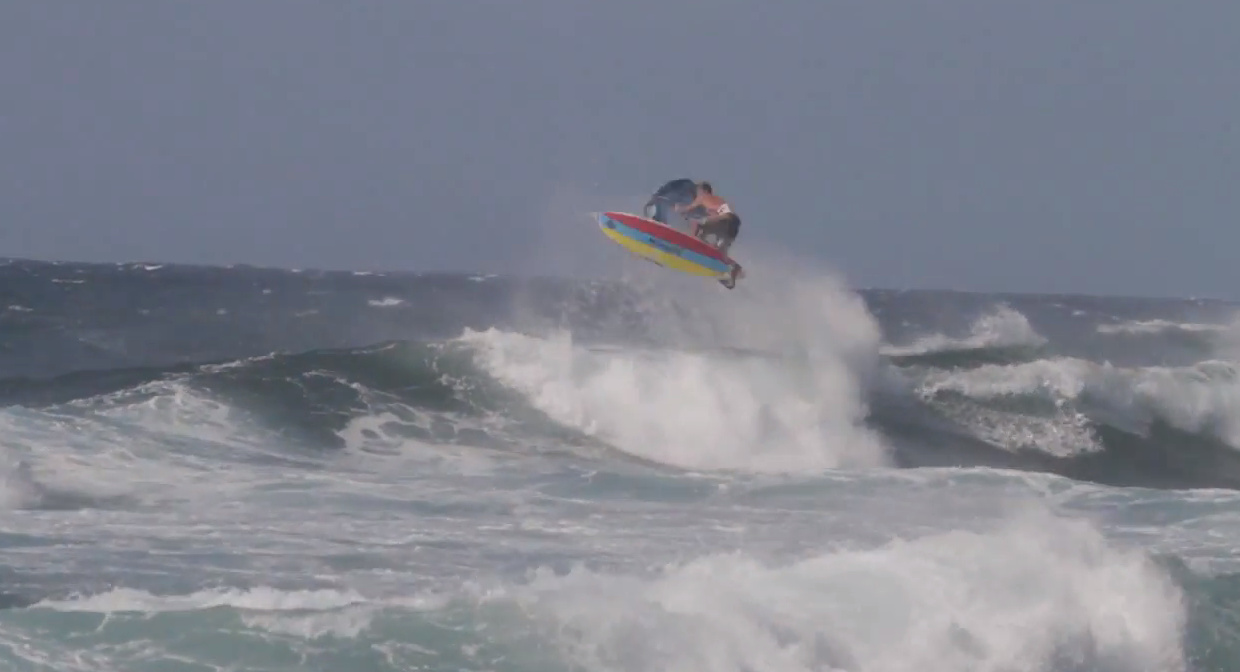 Ricardo Campello is pushing hard to land the first double air taka on the wave, but with others hot on his heels it looks like... Our sister publication, BOARDS. has just announced that the latest edition of their printed magazine will be hitting shelves very soon, on the 15th of...