Tributes from some of Mikey’s friends and fellow windsurfesr, telling in their own words some greats times they have had with Mikey over his eventful and fun filled life. “I still can’t believe what has happen to Mikey, such a nice guy and a friend.

I first met Mikey at Gran Canaria when he first came there to learn with some of my friends from Spain. We were sharing lots of great moments together at Pozo in and out of the water. Mikey was always smiling and motivated for anything. He also came back from a big injury in one of his ankle and in 2012 he did very well at Klitmoller, sailing amazing. His father, him, my father and myself spend a great time at Klitmoller last year. I will always have a part of Mikey everywhere I windsurf.”

“Mikey Clancy was an exceptional windsurfing talent. Competition results, unique coverage and a fearless attitude were the professional package he brought to the sport, which sponsors and fans loved equally.

A world away from the glamour of the windsurfing press however, is an isolated beach in Ireland on a windswept day, this was often when I would meet Mikey and his father Michael Sr.

On days like these there’s no reason to be here other than pure love of your sport, that love Mikey had in abundance. Selflessly he would email me with his plans for bringing international windsurfing competition to Ireland, it was always Mikey’s vision to share as much as he could his passion with the rest of the world. I wish he could see how much passion the windsurfing world had for him.

I could write about how much Mikey’s results or injury comebacks inspired me, how funny it was when I walked into Spillane’s after his first event win and he couldn’t wait to show me not his prize but the punch he’d received for being too drunk celebrating it ! – he was a true Irishman 🙂

Maybe I could write about how much he has inspired me to speak openly to friends about the importance of talking about problems, however small they may be, facing in their lives and encourage others to do likewise.

I think the most fitting tribute and celebration of Mikey’s life is to write about all of these events, for Mikey touched many peoples lives in many different ways. He showed me that a young windsurfer from Ireland with skill and determination could make it against the best in the world but also, through the courage of the Clancy family in openly talking about Mikey’s death, that no one is immune from problems in their lives and how it is our duty to seek and give help when and where ever it is needed. Next wave is for you Mikey, I know you’ll be cheering and smiling for a good one :)”

“I last saw Mikey on the 30th Dec at the beach we shared probably 99% of our sessions together, his beloved Magheroarty. Mikey was in typical form, give me a right good slagging about what clothes I was wearing, called me ginger but as he always, and never forgot to do since the day they were born, asked me about my kids.

Mikey had slept in his van the night before that session, keeping away from a good party to stay focussed on the expected big swell the next day, the overnight temp was -4 that night proving, as if it needed proving, Mikey’s commitment and focus to his windsurfing in Ireland during the winter.

His last words to me were wise ones, “I wouldn’t bother going out it’s just big and shite!”

He was right it was big and shite; I stayed out for only 40 minutes a record in all the wrong ways for me at Magheroarty!  As Mikey drove of to the supermarket to grab a sandwich and I headed out to the water, I would never have imagined the fate that awaited Mikey.  Even more a reason to look further into this tragic invisible plight that is seemingly so unreported in Ireland, and respect to Mikey’s Mum, Dad and brother Sean for being so open about how Mikey died, hopefully this will help someone in the long run.

Thankfully my lasting memory of Mikey is the one that I always had of him, courteous, smiling, ripping up Magheroarty and giving me a good old slagging!

“Amy asked we recount a few stories, I have many! Mikey and I took so many adventures together, I don’t even know where to start.

24 hours, 3 ferries and a barrel of laughs later we made it. We sailed for 5 hours then looked at eachother, cold, hungry and tired and realised we had no where to stay. Bunch of kids!

Then Mikey blew his ankle on an aerial and I (junior doctor in training) told him to suck it up and he’d be grand. But when he couldn’t walk and I had to drive that bloody massive van all the way home alone I realised my X-Ray vision wasn’t quite up to scratch and something was horribly wrong with him.

Both Mikey and his Dad, after countless operations and months of rehab always reminded me that I was the eejit who said he’d be grand. Sorry about that Mikey 🙂

The next shot is from one of our countless trips to Kerry for the BWA events. We always stayed in the same gaff together and over the years Mikey grew from the kid who ate all my birthday cake my Mum made me and “Katie it’s your turn to make the tea”….. again, to the adult who could cook up a storm in the kitchen and down a pint (or more!) of Guinness with the lads.

My birthday’s the 5th of May and his the 14th of May so we always celebrated them in style together in Brandon Bay with cake and pints. This was 2011 in Spillanes sharing Guinness with his very dear friend Lampy and also Griff and Nathan and I.

Too many stories of pranks and parties and epic sails exist to even start. But they all involve Mikey thick in the middle of it, helping strip Muzza naked in the pub, helping kick Proffitt out of the van for being roudy, helping all the Paddies get kicked out of Hancock’s gaff for messing it up, helping me rig my gear and coach me and helping himself to a smack in the face and a bloody nose from Dan Gardner after he gloried in his win of the expression session a little too much! Hahahaha.

After this BWA trip was Mikey’s 21st in Dublin (which I missed due to the raging hangover he helped induce on me the night before in Spillane’s) and then off to Magheroarty for 2 days epic sailing. It’s the first and last time I ever sailed there, Mikey, Lampy, Griffin and I along with Timo. It was Mikey’s favourite place and he ripped, as usual, sailing rings around the rest of us.

The last photo is from the IWA contest in Kerry when Mikey thought he’s won the Irish title for 2011. We had cracked open the champagne and were high as kites with happiness with his Dad Michael too. It only lasted 15 minutes till Rob Jones corrected the tabulation and found out he’d won. Mikey was class in his sportsmanship about the whole thing. A true gent. The title was supposed to be his one day. Along with many, many others.

So all I have left to say is ” Ar dheis Dé go raibh a hanam dílis”. Love you Mikey. Tear it up wherever you are and show ’em how the Irish send it. In Boardseeker’s third and final piece in tribute to Mikey Clancy, we share another gallery of the talented young sailor, as well as looking back... Mikey Clancy, our son and Sean’s brother, his life is a remarkable story. Words by Michael Clancy. From the earliest days he was a small kid...

In Boardseeker’s third and final piece in tribute to Mikey Clancy, we share another gallery of the talented young sailor, as well as looking back...

Mikey Clancy, our son and Sean’s brother, his life is a remarkable story. Words by Michael Clancy. From the earliest days he was a small kid... 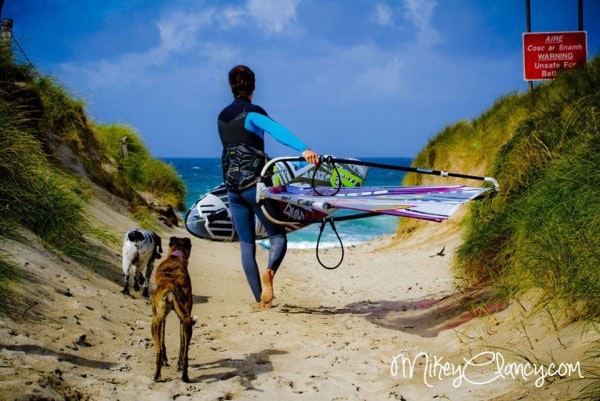 A statement from Michael, the father of Mikey Clancy

After Mikey’s passing over a week ago many have been questioning how it came about. In the following statement released by Michael Clancy you can...

A statement from Michael, the father of Mikey Clancy 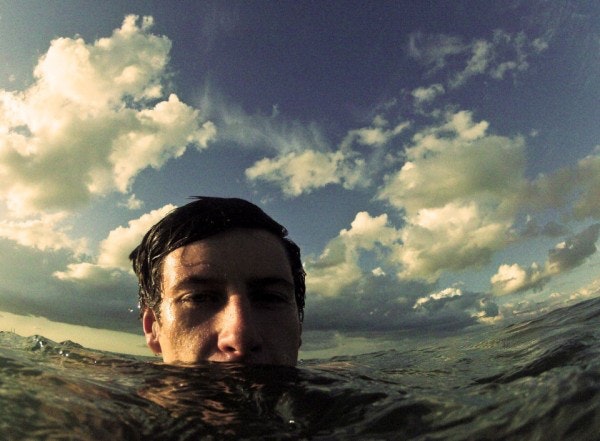 *Please note this news was posted on Monday 7th. We are keeping it at the top as a tribute for this week* *Scroll down for updates* Today...