When the competition season is over it is always hard to keep up to speed with what the freestyle pros are doing. As they push the sport to dizzying new heights it seems Venezuelan born Gollito Estredo is never one to be left behind. So we asked El Yaque local Tom Brendt to check in on the 6x World Champion. Here’s what Brendt came back with. The 2015 PWA Freestyle World Tour saw an extremely exciting season as a new World Champion was crowned, Dieter van der Eyken. This also meant the three freestyle kings and former World Champions Steven van Broeckhoven, Kiri Thode and 6 times World Champ Gollito Estredo could not pose together for the usual podium picture, even though there was not so much they could have done better. This was all mostly to do with injury and sickness that struck during events. However, history has shown that the so called king of freestyle, Gollito Estredo, always came back even stronger whenever he lost his title. Going higher, training harder, trying to make freestyle more and more extreme, he pushes the level as far as needs be to get back to where he belongs. As a windsurf and kitesurf multitalent the Venezuelan, who started on the PWA World Tour at the age of 14, could easily compete on the slalom and wave tour, but his hunger for more freestyle titles is just not over yet. In fact he seems to be more focussed than ever before, those who challenge him after sunset for a football, basketball or baseball match will know exactly what this means, Gollito seems to be born for competitions, of any kind. And yes, he is going big this winter, it seems the never ending winds at his homespot of El Yaque are certainly no disadvantage to this progression. Following a Trip to Jeri, Brasil in Autumn, with pretty much the rest of the world tour competitors present, and Amado Vrieswijk going wild with huge double air moves, Gollito couldn’t hold back, that was for sure, and a battle between those two began. It seems no one knows where this might end. Already during the past two years you needed moves like skopus, kabikuchis, air chachoos, double culos or burners to advance a heat, but this seems to all become history already for 2016. Now it is all about double air culos, burner 720, air kabikuchis into something and while the shifty was a the newest move and still hardly seen on the 2015 tour, Gollito is already going for shifty kombos, triple paskos, kono into forwards and stuff that just lets your jaw hang down by your knees when watching. But let’s see what Gollito himself thinks about his actual sailing, how he’s preparing and changing his gear for 2016/2017 and his thoughts about the upcoming season and competition; is he done yet, what does he have in mind, where does he think freestyle windsurfing is heading. We also checked in with experienced PWA freestyle competitors; Phil Soltysiak and Loick Spicher, who are currently training in El Yaque, on their thoughts about Gollito.

Gollito, it seems you had a run of bad luck in 2015, what are your thoughts on the season?
To be honest I didn’t feel particularly well about this season, I wanted to be back on the podium and I was prepared for it but some contests without wind and than becoming sick at the PWA Fuerteventura event, where I tried to compete anyway, meant I didn’t achieve this. In Fuerte I even ended staying in my room with the chicken pox to not put others in danger around me, it was tough watching the live stream when the event is happening just a few hundred meters away. However, this is history now and I am only looking forwards and up, I want to do my best in 2016. 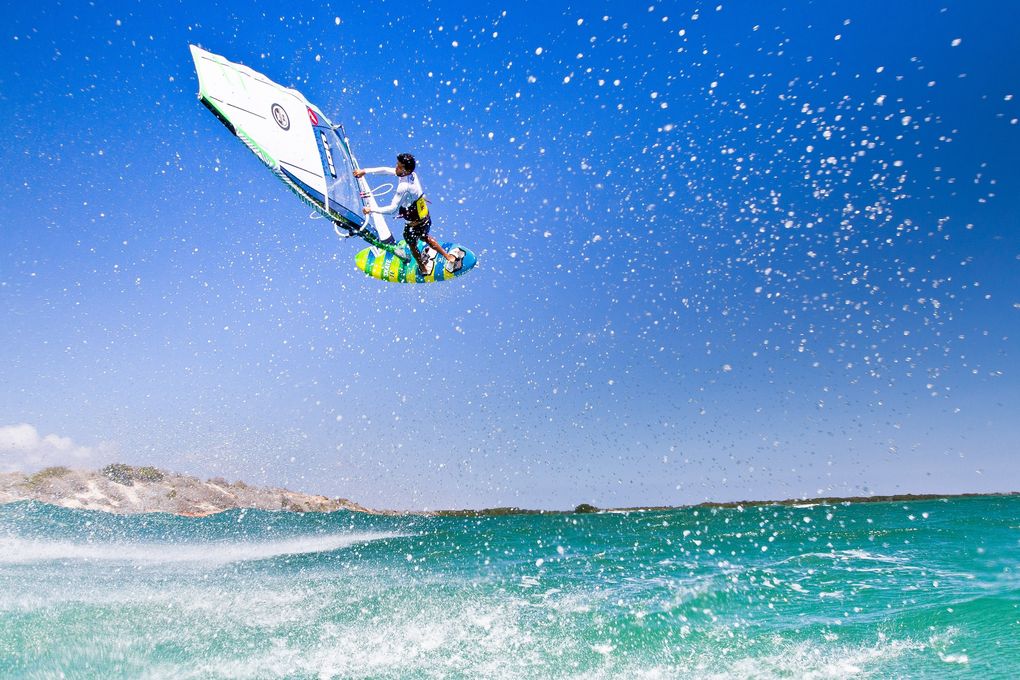 Did you go back to training immediately once the tour was over and where did you go?
I went to Brazil between Fuerteventura and Sylt, and also after Sylt at the end of the season I went back to Brazil for a few more weeks. Finally I was back home in El Yaque to train hard for the whole winter, I had a lot of ideas and wanted to practice right away, I never stopped, I just really want to spend my time on the water. How has your winter been so far, are you satisfied with your level or you think you can still go bigger, more extreme?
My winter in El Yaque and Brazil was really good, always windy and always strong winds to practise the moves I want to practise, I am really happy that I have had a training season without injuries. I feel really good, fit and prepared, even when some of the moves I am trying are still not exactly how I would like them to be. I also went to Hawaii to work on our new sails to make my newest moves better and more possible.
To answer the last part of your question, I think yes, there is always a bigger and more extreme, why not, a few years back we did spocks and double sliding moves and when you see the level now, it’s crazy how fast this discipline moves…

What you think about the 2016 Tour? Who do you think might be your hardest competitor for the place on the throne?
The Tour will be very hard this year, everybody is getting so good and you just have to always do your best to not get kicked out already in first round. My goal will always be to end up in the top three, but this means really hard work now, I’m pushing hard, let’s see. What moves have you been working on mostly and do you have some more in your mind already, or will this be your secret?
I don’t want to tell everything but I like the Shifty Shaka, triple Pasko, I like to get higher and have more air time and I am working to get my gear to work that way as well, the rest I hope you can see during the competition this year. 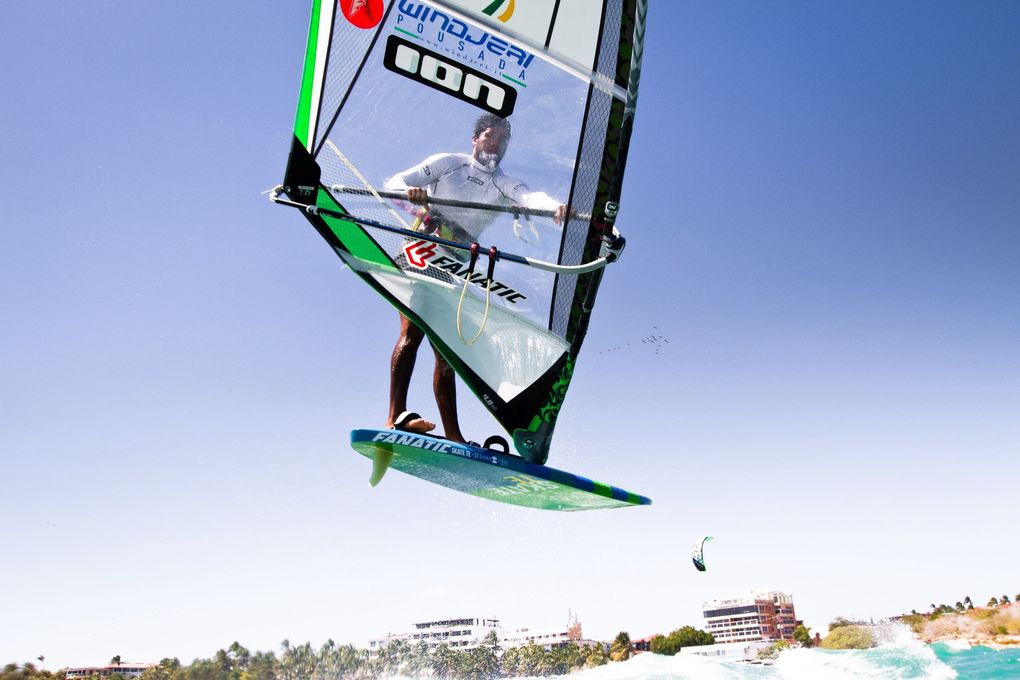 Philip Soltysiak about Gollito
“I saw Gollito sailing one evening when I was hanging out on the beach during sunset. He was doing shifty after shifty, and the occasional shifty shaka and planning air chacho o. He’s very clearly motivated and training hard as always”. Loick Spicher about Gollito
“Gollito is on fire!! His style is amazing like always and he trains hard on the latest moves. Good to see him that motivated again. 3 Events for this year, mhmm, could be worse, but I think we all would like more events, especially in windy places that would guarantee to get enough results and also the possibility to show the latest tricks for some epic action. However, lets stay positive and hope for more wind this year”. 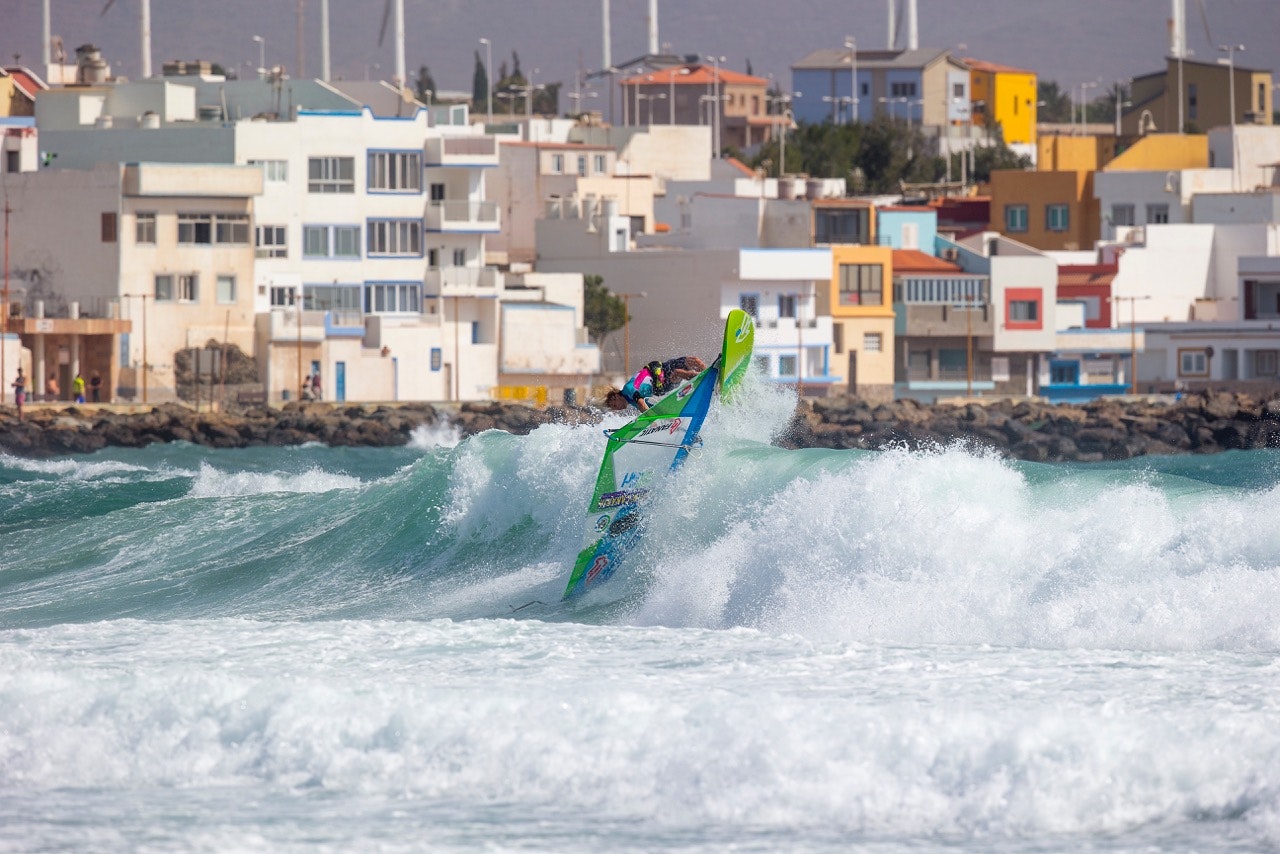 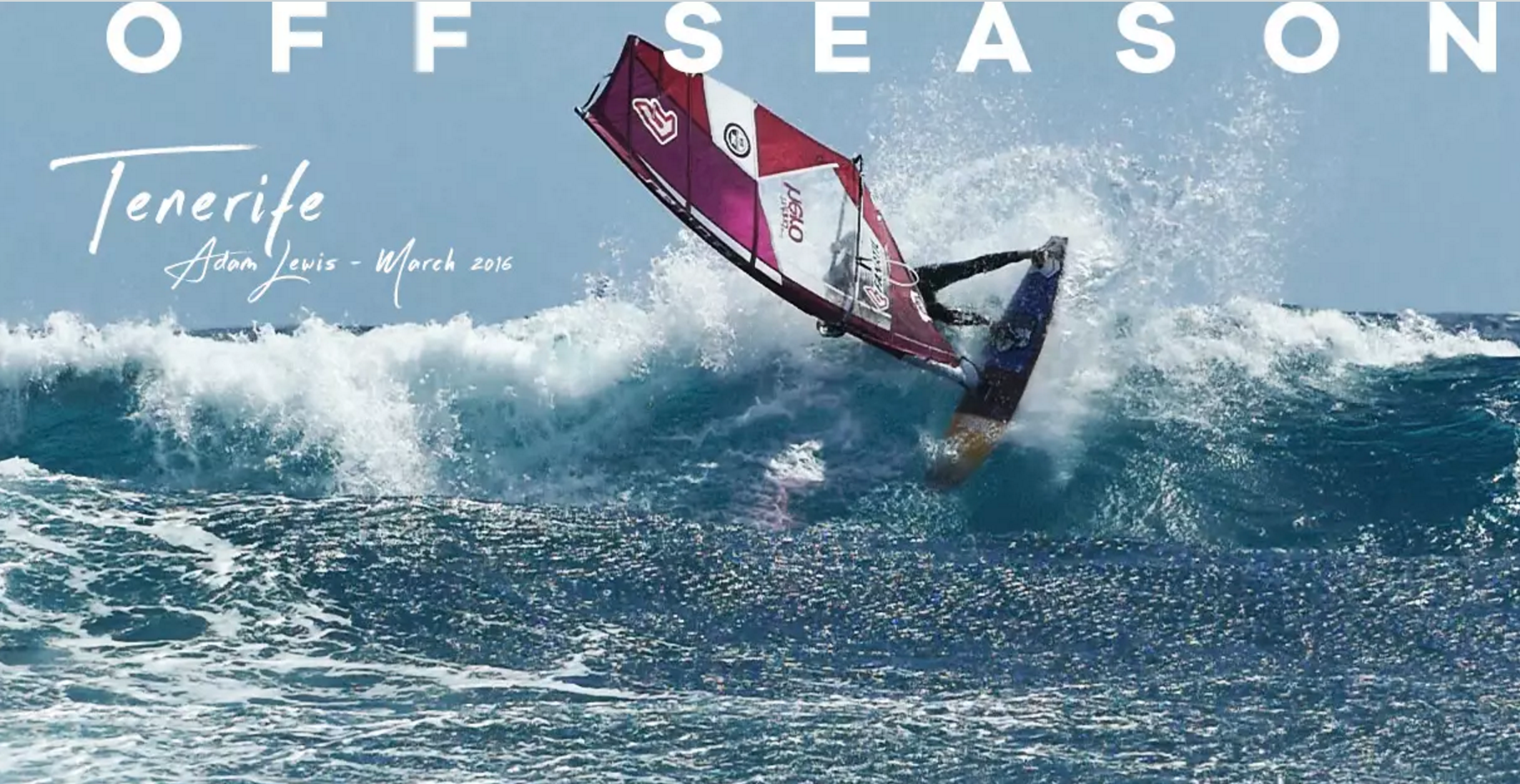 A rad new clip fresh from the shores of Tenerife. Featuring UK wave sailor Adam Lewis the video is full of banging moves including one... 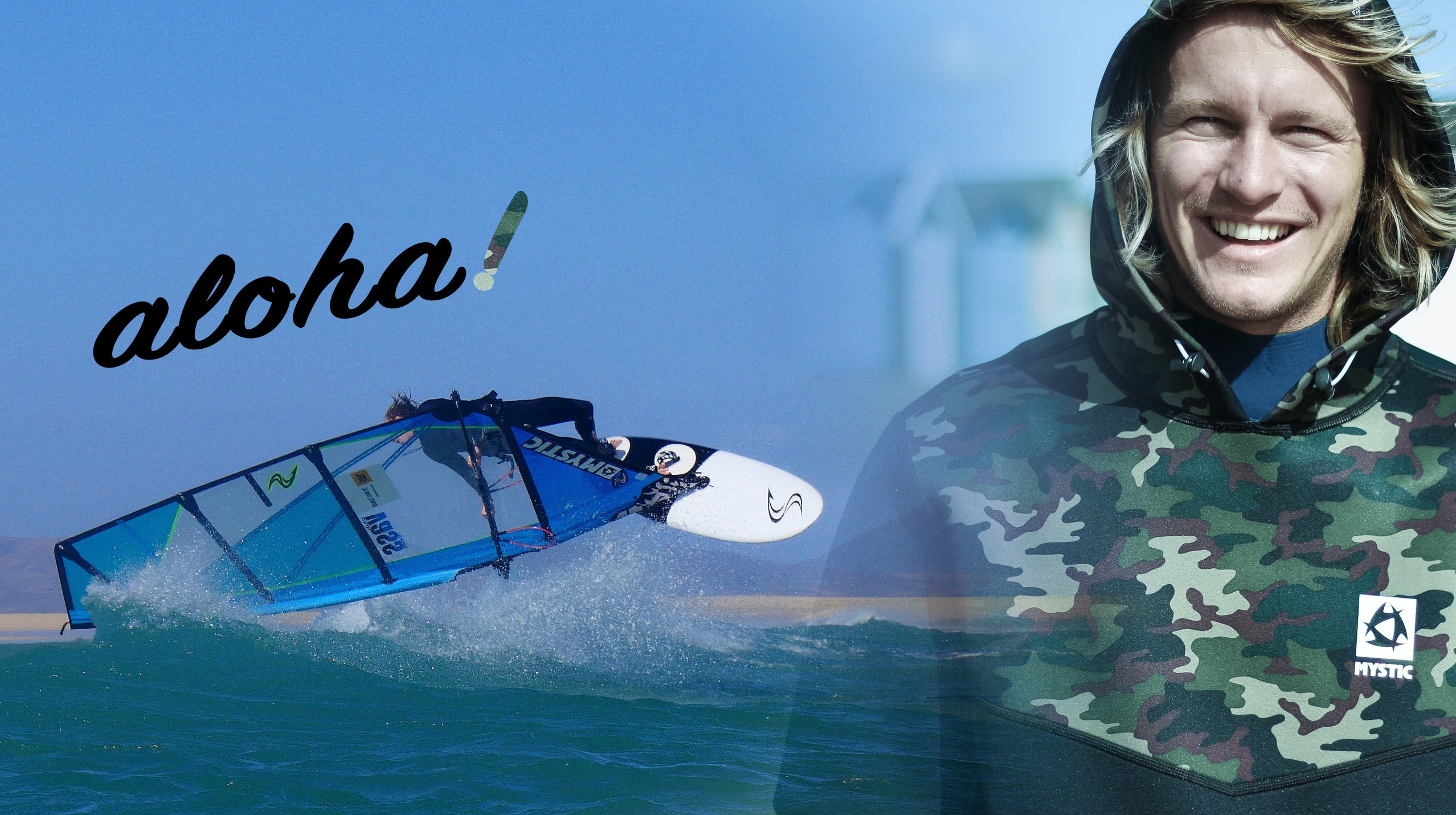 We continue our series of catch-ups with one of the UK’s top freestylers Max Rowe. Having been injured, changing sponsors and spending not nearly enough...

A rad new clip fresh from the shores of Tenerife. Featuring UK wave sailor Adam Lewis the video is full of banging moves including one...

We continue our series of catch-ups with one of the UK’s top freestylers Max Rowe. Having been injured, changing sponsors and spending not nearly enough... Hugo de Sousa has been travelling the world over these last few months as he goes from South Africa, to Brazil, to El Yaque and...