Windsurfing is all about imagery; capturing the perfect moment on the water is something truly special. In this new series Boardseeker catches up with a few of the World’s top windsurfing photographers as they share their favourite shots and explain the stories behind them.

Third in the series is British based Si Crowther www.simoncrowther.com

There is something very special about your first cover shot and this one is etched into my mind for many reasons. For starters, I shouldn’t have been there; I’d missed my flight home already and had to extend my trip by four days at a great cost. This was then shot on the day I was due to leave for the second time, I very nearly missed that flight too!! (I will never learn).

In terms of action, this had it all: mid spock, one handed, full eye contact and then that very special touch.. Si pointed right down the lens, the point of his finger right down the centre of his nose, they say it’s all about timing, right? This made the shot so captivating and powerful. Neither of us knew just what we had captured at the time, which made it all the sweeter when we saw it in full glory on the laptop later.

To top this one off, when the mag hit the shelves in June 2006 (July issue.. never understood that one?) I was heading out to Fuerte to shoot with Jamie Hancock and in Gatwick’s departure lounge, in WHSmiths, the manager had used 15 copies and arranged them into a full pyramid display at the shop front entrance! I was pretty stoked! Worth mentioning that I grabbed another cover on that Fuerte shoot too! A cracking tweaked pushy from Jamie, again, full eye contact.. I was on a roll.

So many elements came together on this shot to make it one of my favorite ever water shots.

The unusual angle is the first thing that struck me.

The rainbow is pretty hard to ignore. You can see the concentration in Brawzinho’s face. The foreground wave on the left, with the semi-submerged lens port. I love the stunning Ho’okipa background, with a sweet finishing touch on the right, the lifeguard tower. All these elements mean there’s a lot going on, thankfully they all balance to make a sweet composition. I simply love this angle at Ho’okipa and always look for this type of shot as a wave and action passes by.. Sometimes, that doesn’t work out so well.. I’ve been pitched over the falls quite a few times while gunning for shots like this. A price worth paying though, don’t ya think?

Dan Macaulay is a legend, fact. Dan’s company Brandwave Marketing landed a location shoot for Henri Lloyd’s 2010 catalogue, and Dan booked yours truly for the shoot!! Hat’s off to Dan, this was a serious commercial shoot with one of the sailing worlds all-time greats, and Dan had seem something in my work and knew it was worth it to take a bit of a risk using me. I was flattered to be honest. There are many, many very capable sailing photographers out there, but Dan was looking for something a little different.. This shot is my favourite from the whole shoot. (we won’t mention the welly shot)  I was hanging off the side of a rib, traveling at around 30 knots. Dan was hanging onto my life jacket, so I could get as far outboard as possible. I was loaded with the Canon 5d, fisheye lens, wrapped in an Aquatech housing and Ben was on a fly-by on a hydrofoil Moth. What’s amazing is, this was Ben’s first ever run sailing a Moth, they are notoriously difficult to sail..  but not for Ben, second nature to him.

In some ways, the mast mount shot is the easiest of all the windsurf shots to take. Once all the prep is done, you just stand back and pull a radio trigger whilst the rider does all the work..

But, the secret is in the preparation, setting and composing the frame whilst attaching the camera and mount, taking care not to over tighten the clamps, but tight enough not to slip. Testing everything before the camera leaves the shore, batteries, lens port, seals, radio trigger operation, CFcard, exposure, shutter speed, it’s a big list; miss something and you trash the whole session.

I was a relative unknown at the time and Kauli was 3x world wave champ; I was super stoked when he agreed to let me cut holes in his brand new sail and mount a 2.5kg swing weight to his mast. What happened next left me bricking it and had a crowd of onlookers roaring in anticipation.

Kauli left the beach, on his first run, caught a gust on the inside and was fully planing out, meanwhile a bomb set was approaching, this is what got the crowd going, we could all see what was about to happen.. Proffitt said “say good bye to your mast mount” as Kauli sky rocketed a huge backloop, straight off the beach and landed with dry hair;

I was convinced the mount wouldn’t hold on landing.. The jump was HUGE!!

Everyone around me was laughing and cheering.. To my relief the mount held, but the forces were so great on landing, the lens detached from the camera inside the housing.. but not before I had bagged this nugget of gold. Phew.

This is my favourite snowboard pic so far, I’ve not shot snowboarding much or for very long, so still learning a lot here, I’m also afraid of heights, so any mountain photography is a real challenge.. Weirdly, I get a buzz out of scaring myself shitless, so kinda enjoy pushing my own limits. Just getting setup for this shot was really challenging. In snowboard photography, everything takes much longer to get to location and set up, you are dealing with camera batteries that drain fast in the cold air and the lenses fog real quick and never want to demist, your fingers stop working and you often only get one take at the shot too. Hand signals with the rider are a must..

With this one I wanted to show the ruggedness of the Chamonix resort with the action & this spot showed the whole valley and town in the background. The light was really muted, which really brought out all the texture of the snow, rocks and clouds when I boosted the mid-range contrast in Photoshop. Andy did well finding a gap between the trees to nail the grab, without that, this wouldn’t have been a shot worth talking about.

In Maui, it’s easy to get sucked into what’s known as Maui syndrome. Where, for a rider, that means not going out for a sail unless it’s really good. The same can be said for photography at Ho’okipa. The images are so iconic. If the light is not right you may as well pack the camera gear up and not bother. On this day, I nearly made that decision. The clouds were in and shooting conditions were less than perfect and light was fading. Many of the other photographers had packed up. Every now and then, a break in the clouds would flash a bust of sunlight. I decided to chance going for a swim. Many of the shots were overcast, dark and lacked vibrance, but one or two shots were lit by these bursts of light. I remember I was swimming in when Robby lined up for this one, the clouds opened and lit the wave, as the rain still fell. A rainbow descended right next to Robby’s top turn, set against a dark moody backdrop. A few small tweaks in photoshop for contrast and saturation really set this one off.

As I looked at the back of the camera through the housing, after firing off a burst of shots, my jaw dropped when I saw what popped up on the tiny screen. As Levi lined up for this one, I got good vibes, sometimes you can feel a good shot coming and I definitely had that for this one. Everything seemed to be lining up. I had to kick hard to stay with the passing wave. I just knew I was about to get something good & wanted to stay in the zone as long as I could. Even still, nothing prepared me for what I saw on that screen as the camera rendered the shots..

It all happened so fast as I shot it, but as the sequence played through I saw this insane tweaked-out air unfold, in stuttering slow-motion, over this perfectly formed wave face. Amazing moment! I was so distracted, I forgot where I was. Right in the impact zone for the next set!

I remember getting drilled and deciding to swim straight in. As soon as I was out of the water, the back of the housing was off & I was checking through the sequence again.. Yes! It’s sharp too! I showed a few people on the beach, probably cos I couldn’t still quite believe it. Pretty soon people were talking about it. No better feeling! That shot right there is why I love doing what I do. Hoping for many more moments like that one! 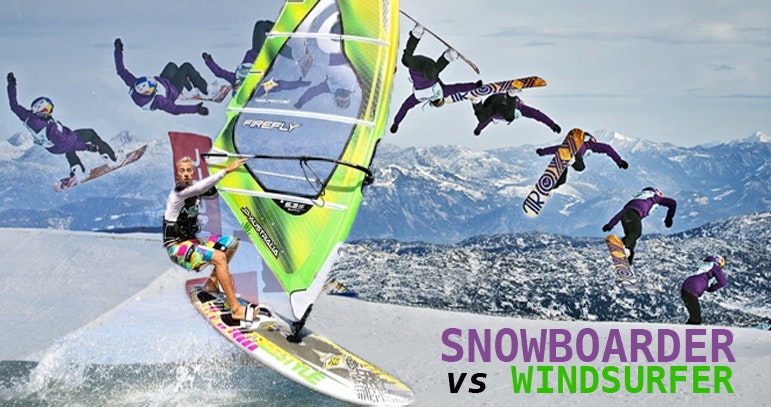 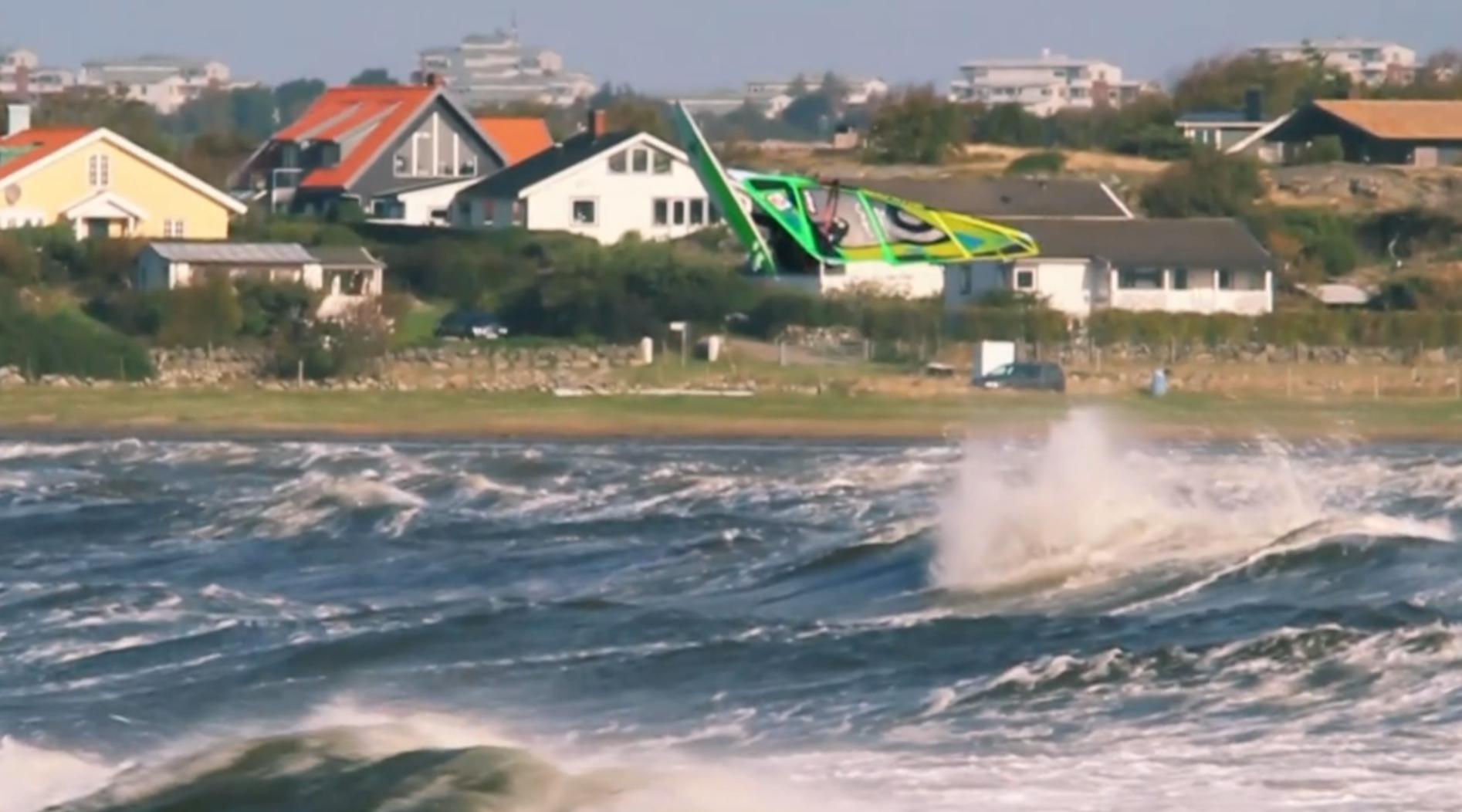 We’ve been keeping a close eye on the development of this young Swedish talent here at Boardseeker and we are pretty impressed with what we...

The GPE tour stop saw some great competition conditions this time round. In their second year of the tour, they scored  nice head high waves...