The Luderitz canal has recently produced some of the best speedsailing conditions to date, allowing an incredible amount of national and of course world speed records to be broken. Boardseeker now catches up with two of the British canal stars, women’s world record holder Zara Davis and top UK speedsailor Farrel O’Shea.

Do you hold a record?

Zara: Yes, I am now the fastest female windsurfer of all time. I also hold the outright women’s Nautical mile record.

What equipment were you using most frequently on the canal?

Zara: All of my fastest times were set on my Mistral Speed 41 and my Simmer 5.5 SCR.

How did the competition this year compare to previous years?

Zara: I went there in 2010 when they they had dug out part of the shoreline and it was very poor due to the wind shadow of the sand removed. It was mainly built for kiters who were not bothered by this. This year they have made it much better, 350 metres in from the shoreline, but it is much more daunting as you are enclosed and in some areas it is very narrow. The biggest concern was the finish area, where virtually all the crashes and injuries occurred. You only have 80 metres to stop and it comes up really quickly!

Farrel: I’ve been to Luderitz twice before, this canal is both quicker and much safer than the last reincarnation.

How much faster do you think you can go?

Zara: I believe I could have gone over 47 knots this year. Unfortunately the best day was the day I set my record of 45.83 but I had a freak accident just after I set it, I cut my leg badly on the side of my board and had to go to hospital for stitches. Everyone went faster in that time I was off the water. If I come back next year my target will be 50 knots for sure.

What advice would you give to someone thinking of entering Luderitz next year?

Zara: It is the best place in the world for you to achieve your best official speed without a doubt, but the run is daunting for sure. Plus it’s a lot of money with flights, accommodation and entry fee, and as we found out you really have to commit to the full month to guarantee to get the best conditions or be lucky with the time you book.

Farrel:  I suspect there will be limited space next year, however it’s a fairly easy run….as long as nothing goes wrong.

What level of windsurfer do they need to be?

Zara: Experienced speed or top level slalom sailors only! You must be comfortable with sailing up to 145 degrees off the wind and be in tune with your kit in 40 plus knots.

Farrel: The sailable area is much smaller than it appears, you must have 110% confidence in your kit, if you’ve ever had the odd spin out then this is not the place for you!

What speeds should potential competitors be recording already?

Zara: That is difficult to say as my previous 500m speed was only 37.24 knots and I have gone seven knots faster. GPS 10 seconds is easy compared to achieving fast 500 metre speeds. For men I think they need to have been clocking 500m close to 40 knots.

Farrel: I don’t think it’s a case of previous speeds, it’s more a case of complete confidence  in your kit and yourself. At the end of the day everyone has their own personal record and that’s the only record that you should chase. In reality, even on the gust from above most mortals will never compete speed wise with the top guns!

Zara: In this location asymmetric small fins are essential, get really comfortable with your equipment over long distances and most importantly keep in in the middle!

Farrel: Get the best kit you can afford, make sure the fin holds and hook in and HANG ON!!!

Want to know more about the sails Farell and Zara used to break their records? Head to the Simmer website here.  Image credits Eric Bellande. It’s not necessarily the newest video but it is certainly one of our favourite product videos out there. The 2013 Simmer Style Halo revolutionises side... Angelo Pecere has been in touch to let us know that the digital download for the Ghost of Speed – a speedsailing movie, will be... West Kirby and speed sailing really do go hand in hand, no more is this evident than in the records that were broken in 2012...

It’s not necessarily the newest video but it is certainly one of our favourite product videos out there. The 2013 Simmer Style Halo revolutionises side...

Angelo Pecere has been in touch to let us know that the digital download for the Ghost of Speed – a speedsailing movie, will be...

West Kirby and speed sailing really do go hand in hand, no more is this evident than in the records that were broken in 2012... 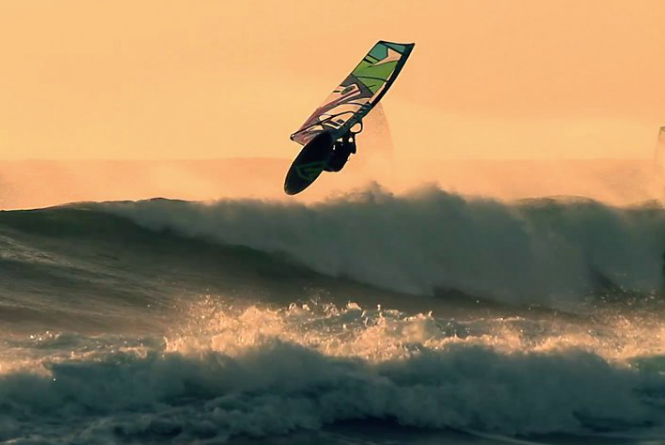 Welcome back and we have a couple videos to round up the day. The first from Sam Ross who caught up with Remi Vila for...