The afternoon teased the riders for hours, the wind remained light with gusty patches and never quite filled in. Despite this the race committee tried hard to get things going and called the first two heats on the water. After two hours of floating around where we witnessed two moves, both landed by Dieter Van Der Eyken (a flaka and a grubby), the EFPT crew returned to the shore and the final qualification round of tow-in commenced.

It was a close fought battle with a high level of moves. It was in training that we saw some of the sickest action, in particular from Adrien Bosson who stuck a clean burner into burner, incredible moves from the French tow-in master. He continued his form into the competition and finished top of the fleet. Steven Van Broeckhoven who took second did the highest air funnel into burner ever seen, unfortunately he got a little stuck on the landing but was still rewarded highly for his attempt, in the end it was his first move that secured him second place. Taking the final spot was Vladamir Yakovlev who has been training tow-in a little back home in Russia. His first run saw him land a one handed burner, you could see he was after the no handed burner, yet another move never landed in competition, on his second run that is exactly what he did as he launched through a one handed burner to then let go on the second part of the rotation. Again he also got stuck on the landing of his second run and it was his first move that counted, scoring highly for the progression and risk factor.

Check out the action in the video below all filmed and edited on an iPhone.

Want more, then check out the daily reports on EFPT.net – Click here.

13:00pm
With a promising forecast of south wind the riders and EFPT crew met a little earlier today. Despite this, the wind has yet to kick in with enough strength to allow competition. In previous events we have seen the riders hit the water in 12-15 knots, however, the wind is struggling to reach gusts of 12-14 knots with an average of 8-9 knots, meaning that the competitors are waiting tentatively on standby until it picks up that last little bit.

Sitting around on standby is no longer a huge problem for the riders who find themselves with a whole host of activities at their fingertips. This morning the one that was utilised the most was the skate park, where Yegor Popretinskiy, Antoine Albert, Romain Pinocheau and Youp Schmit put on a in impromptu display for their fellow competitors and passers by. Check out our little edit which solely filmed and edited on the new iPhone, it’s a first for us, so give us a little feedback and we’ll work on some more. Stay tuned for the tow-in one from today’s final qualification round. 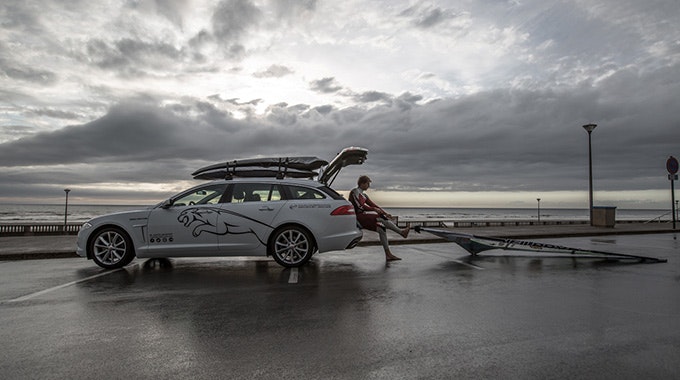 Welcome to the EFPT Podersdorf Mega Gallery, featuring 100 epic images from the event that took place over the weekend and into the early part... The European Freestyle Pro Tour were stoked to announce their fresh new website for the opening event of 2014. The pro riders attending the riders...