We would enter the last past of the trench at almost 53 knots… kit was destroyed, completely obliterated… Zara Davies ended up with over 50 stitches The most important change to the speed canal this year is the braking area. Last year there were some pretty serious crashes as people collided with the beach at almost full speed. We would enter the last past of the trench at almost 53 knots sometimes and there just wasn’t the space, kit was destroyed, completely obliterated and Zara Davies ended up with over 50 stitches by the time she left! It made going fast feel less scary when you knew you were hurtling towards this stopping area the size of a tennis court and with no brakes. We had just two seconds to decelerate, it was extremely dangerous, three people went home with broken ribs. I’m afraid that maybe this year could be worse because there are more people there but luckily they made the stopping area a little bit bigger. However, there is a small hill in the way so actually it can never be big enough, so there is still a certain level of danger to it.

Patrik Diethelm was one of the guys who managed to master the stopping last time, almost by accident as he came in and got a huge gust which threw him into a lay down 360, suddenly his eyes lit up. It was certainly a technique that was capitalised on by as many of the competitors as possible who could do it. 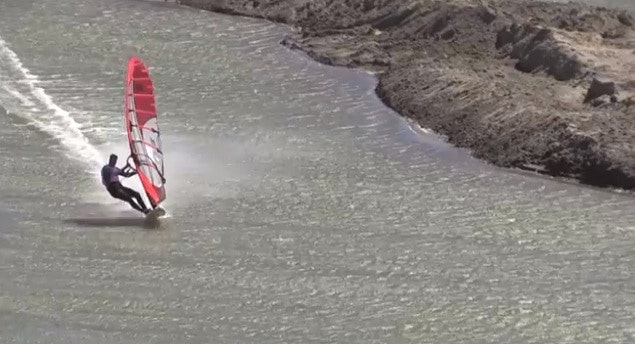 There hasn’t been much news of late from Luderitz, mainly due to the fact that the wind hasn’t been blowing. However, rumour has it that... 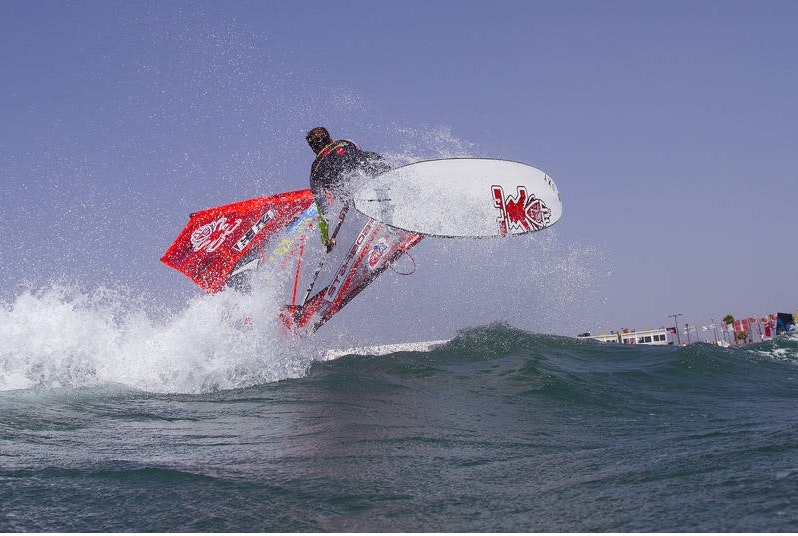 Dany Bruch takes on the barreling break, and the numerous body boarders, of El Confital, close to El Medano. It’s rare to get this wave... The Luderitz speed challenge is underway with more and more record breaking speeds being clocked up. The ‘real fun’ doesn’t start until week three when...