K4 are renowned for their bright yellow wave fins.  They initially came to the market offering a substantially cheaper alternative to composite glass or carbon fins.  It wasn’t long however before the extra flex that the plastic material provided, became recognised in it’s own right for the added performance it offered on the wave face. 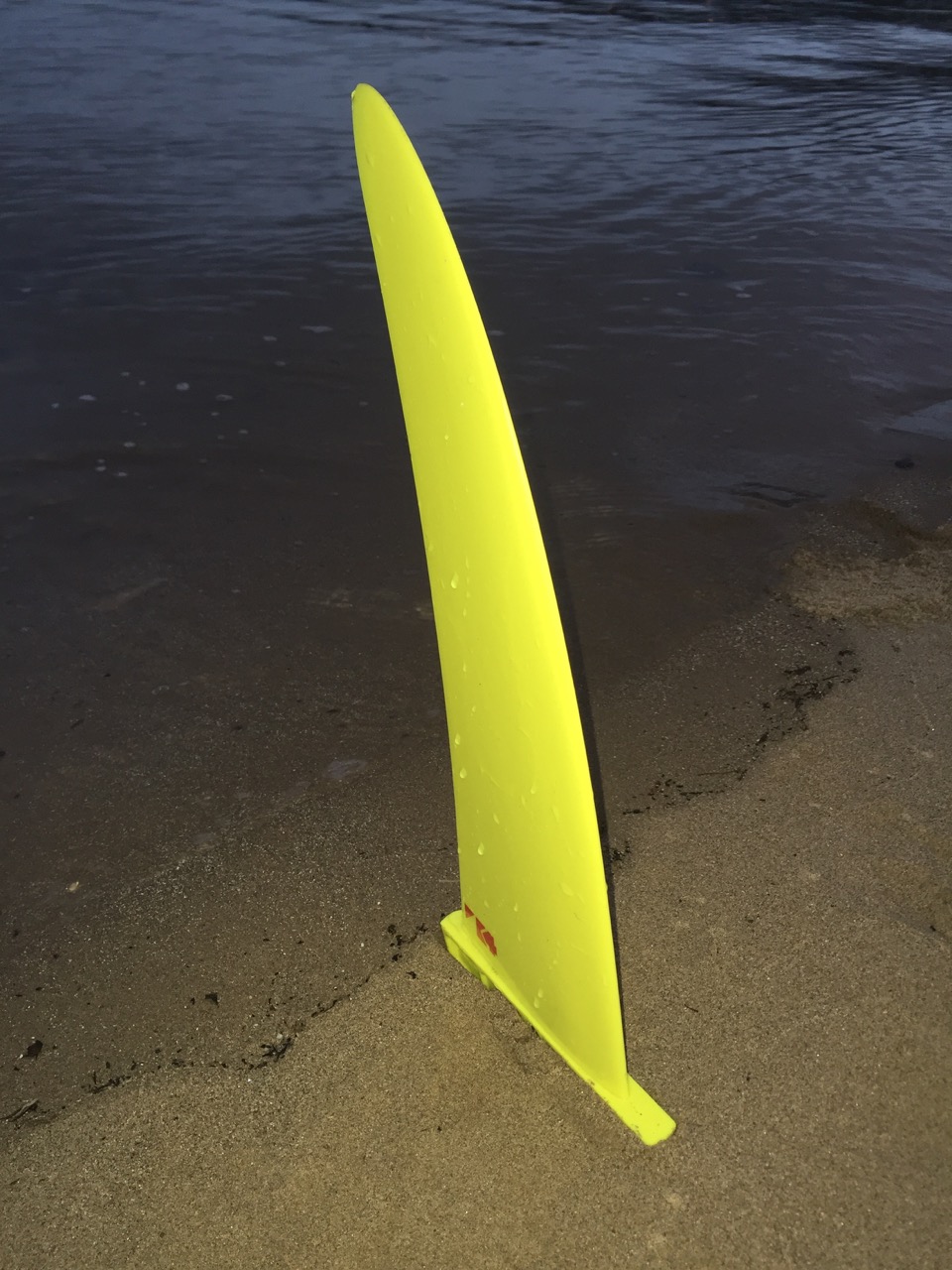 Whilst the flexible material provided advantages for short, multi-fin wave fins and freestyle fins, producing longer fins was not an option as there was just too much flex to cope with the higher loads of a bigger fin.

Recognising not just that their ‘Dynamic Flex’ material was limiting them from producing longer single fins, but also that some wave sailors prefer a stiffer feel to their fin, K4 have worked hard to develop a new stiffer material, a composite plastic, recently released and now known as their ‘Super Stiff’ construction.

K4 are offering their Leon wave range and 3SW (bump & jump) range in this new Super Stiff construction, but what we are most interested in is their new Freeride fin, the Fang.

Yep, you read that right…K4 are now producing a full size freeride fin spanning 30cm-40cm sizes, out of plastic!

Our first thoughts were…’surely not!’  It’s one thing making a fin that can withstand the loads required of it on a multi-fin wave board.  Think 20cm maximum length, with the load shared across 2,3 or even 4 fins and used with sails of usually no bigger than 5.3m.  Then compare that to the load being taken on just one fin, that is twice the length (40cm) and subjected to sails of up to 8.0m.  It’s a big step up in strength and stiffness requirement. 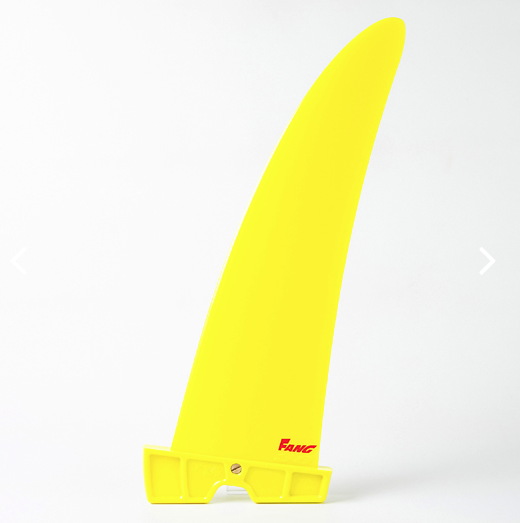 When Steve (Thorpe of K4) first handed me the 38cm Fang that he wanted us to test, I have to admit to being very surprised. Doing the tire kickers equivalent of holding the fin in one hand and twisting the tip with the other, I was really quite surprised at how stiff this new material was. I’m not kidding when I say it felt virtually as stiff as G10 in the hands. In fact K4 claim that it ‘gives the stiffness of a G10 but with faster reflex and better memory for speed and acceleration’ and in the hands, I have no reason to doubt them. It’s also cheap. Most composite freeride fins will cost upwards of about £120 these days. The K4 Fang retails for half that price (£59), which means you basically get two for the price of one! But none of this really matters if it doesn’t work on the water, so what was it like?

Well, firstly, and importantly, the fit into the powerbox was perfect. Nice and snug fitting absolutely flush with the top of the box. Testing was carried out using a Fanatic Hawk 114 with both 7.0m Race and Twin cam sails and in a range of water states from flat water, right through to shoulder high swell.

To prevent any further suspense, the first thing to say is that it works! My first impressions were that it worked so well in fact, that I would never have guessed that it wasn’t a composite glass or carbon fin. And that’s a pretty big compliment for a £59 fin made of plastic! Without having exactly the same shaped fin, but made from other materials, it’s hard to distinguish with certainty, which attributes would be the result of either shape or material. However after using two 38cm control fins of different materials (and different shape), I will attempt to give it my best shot.

After the initial surprise of the plastic Fang feeling so similar in performance to the composite fins, I tried to differentiate the small details and differences.

The first thing that was apparent to me was a slight smoothness over chop compared to the two composite fins. The smoothness is hard to explain, but definitely apparent. Its a smoothness in a horizontal plane, so it doesn’t stop the board slapping as it flies over the chop, but as it lands from each small ‘jump’ you don’t get quite the same harsh and sudden ‘bite’ of grip that you get from the composite fins. It just makes the ride feel a little more consistent and less ‘rattily’ underfoot. It’s subtle but noticeable.

I have to be honest here and say that I think this was perhaps the only factor (positive or negative) that could be directly accountable to the material. The rest I think is mostly down to shape.

In terms of the fin itself, it had impressive control when fully loaded. It seemed to generate a lot of lift at lower speeds and with less power, but once wound up, it was really controlled. It’s perhaps the wider base and narrower tip that contribute to this. As the board starts to lift and fly at the top end, the working area of the fin reduces rapidly and therefore keeps the board under control.

Upwind, there is plenty of drive to keep the board pointing high and it didn’t feel at all ‘draggy’ off the wind at speed. Resistance to spin-out was also particularly good. The Fang could be pushed harder and ‘disturbed’ more than the two control fins before spinning out. However, there was a snag because once the Fang did spin out, it took noticeably more effort to recover it. For me, this was the biggest weakness of an otherwise excellent freeride fin.

A few accidental encounters with the beach have also proven the durability of the plastic material. It does bash and chip in a similar way to a G10 fin, but it clearly won’t delaminate like some of the carbon composite fins do. Sanding it back to form is also a doddle. 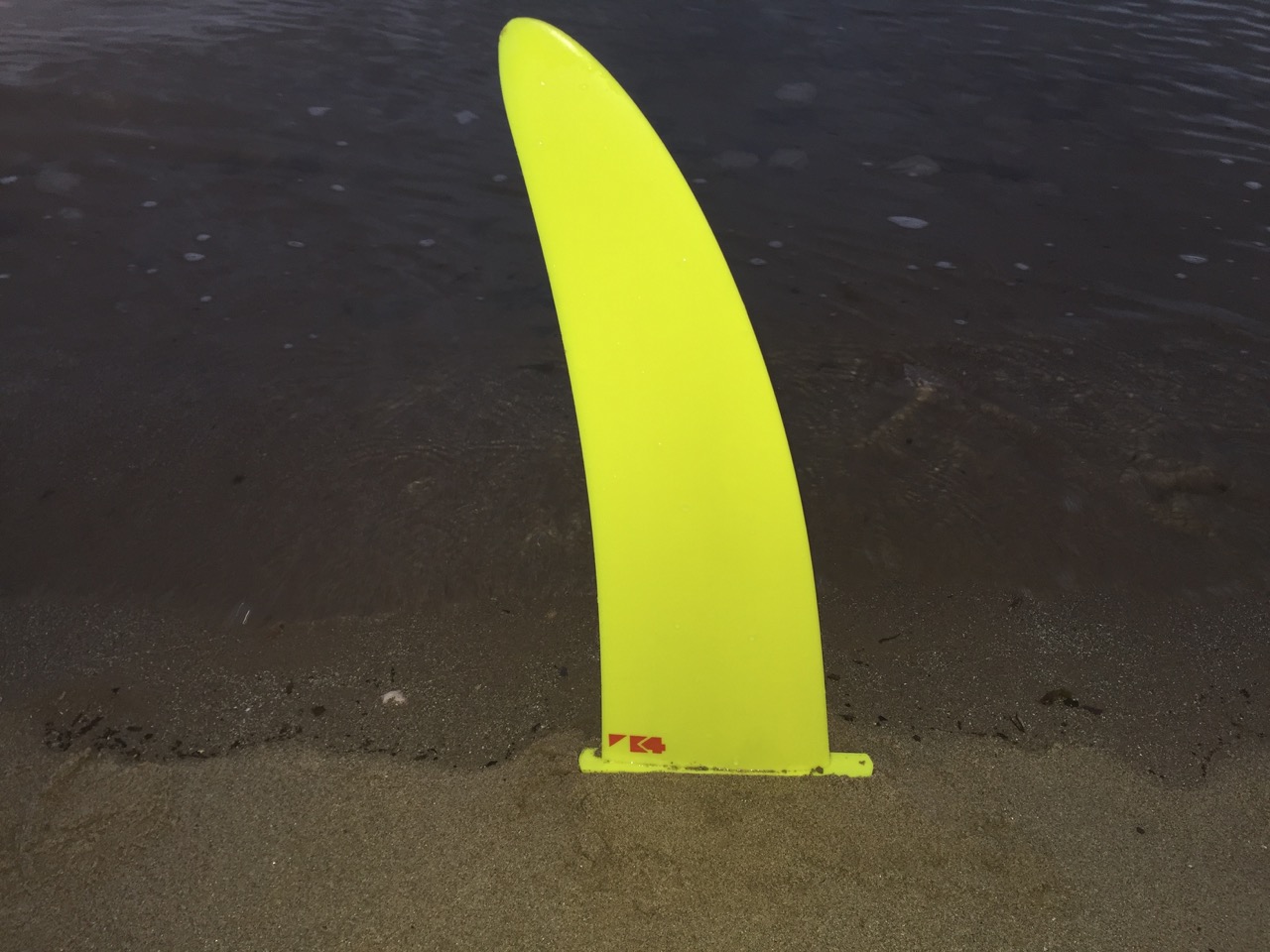 The Fang has plenty of power at low speeds, control at high speeds, goes upwind well, is very resistant to spin-out and is well mannered through the gybes. In the rare instances that it does spin-out, it takes more effort to recover, but I would guess this is more a factor of the shape than the material. The material does have the benefit of providing a very subtle cushioning when riding over chop. You would never guess when riding the Fang that it is made of plastic. In terms of performance it is every bit as good as the composite glass and carbon fins we compared it with. However, it’s plastic construction means that it costs half the price of the competition. Surely an instant winner? Well we’ve been a little off the radar for a few weeks but we are back to bring you all the news, reviews and videos from... 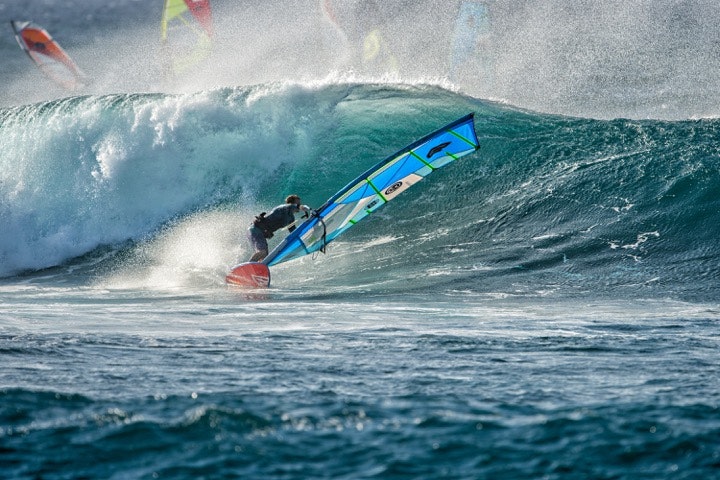 2017 Fanatic Wave Boards on Test: Everything You Need to Know

2017 Fanatic Wave Boards on Test: Everything You Need to Know