It was just a few days ago, Tuesday 2nd November, that new World Speed Records were smashed, smashed and smashed again. We already reported about it here, here and here.

It was this day that Karin Jaggi also raised the bar for the women, read more here, and we are happy to say that we managed to catch her for a few minutes to ask her more about her result and to hear a little more about what’s happening in Luderitz.

If you missed it then you can watch Jaggi’s record breaking run as it happened below the interview. 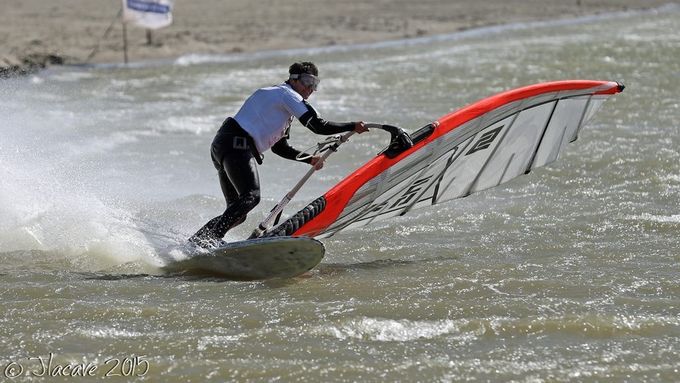 BS: It’s been a long time coming but you just took the world speed record, can you tell us a little more about the day, how your feelings are and what went into all this to make it happen?

KJ: It was simply an amazing day! Everything worked great here in Luderitz. Already the journey up from Cape Town was a great experience and this little coastal town blasted by wind all year long really has a nice feel to it. We had some problems with the canal at the beginning of the event because a high tide basically washed everything away but by week 3 it was ready and in week 4 it proved itself to be super fast again.

Since the beginning here I had 2 light wind training days before the good forecast arrived. Last Saturday we got the first strong wind day and I passed 44 knots for the first time. Then Sunday was similar and on Monday it finally got even windier. By then I was well set up on my gear and started feeling more comfortable on the canal. The run is not really a problem – but starting and especially stopping is a real challenge.

I went to the water early because I had the feeling that this would be the best time. First run as always pretty careful – just to check it out. Then every run I improved and already my 5th try was the record run. I immediately wanted to do another one – just to secure it or even improve it again but when I went around the corner it and headed towards the run I could only see sand flying ahead! And the wind got stronger and stronger… So I handed my 5.0 sail over to Patrik. It’s been super impressive to see how Antoine and Patrik battled it out in those conditions! They really had a blast together. BS: Can you tell us your exact kit set-up?

KJ: I was on a PATRIK Custom speed board, 37cm wide. This is actually much bigger than I used for my previous record. Equipped with a Gasoil Fin 19cm – asymmetric and powered by a Sailloft Ultimate 5.0. I used one-sided boom, custom made by Patrik. Not sure how much it helps but it lets you trim the sail really as you want without that it touches the boom on the other side. Harness Lines: I used adjustable ones and also adjusted them slightly between the runs. This is the biggest advantage about this spot – you actually have time to trim your kit and adjust it perfectly. BS: Mission accomplished? Or is there now a new goal, if so what is it and do you think you can get there before the end of your time in Namibia?

KJ: My goal was the record so basically I accomplished that. But speed sailing is real addictive! I really had my doubts if I could go this fast. Now I have done it. The run wasn’t yet perfect, I didn’t even use the super windy time when the boys set the new limits, I still could use a smaller board and fin,… So I am actually pretty sure to be able to put it even higher on a good day. Not sure if it will happen this time but who knows – the forecast looks quite good right now for next week… 😉 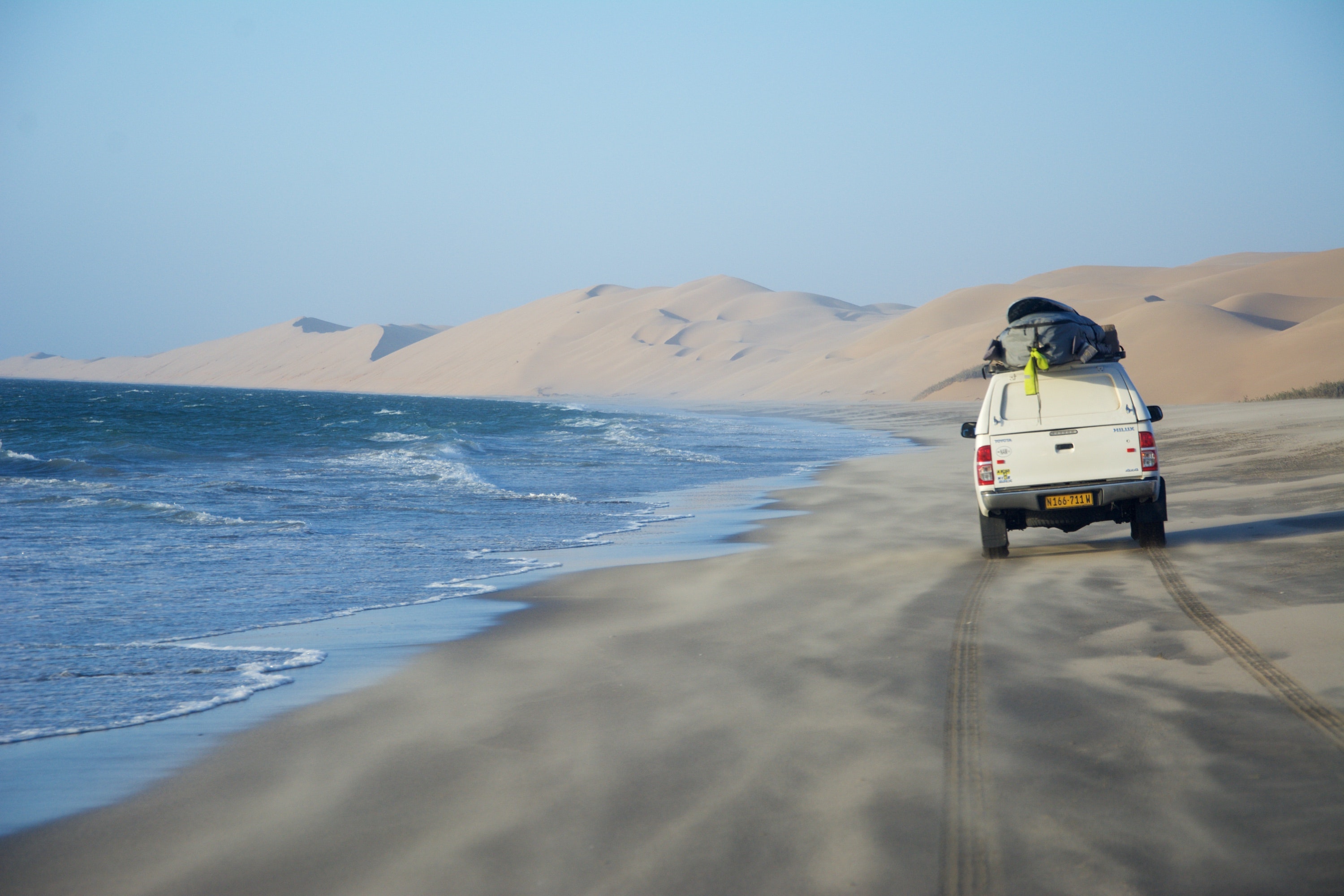 Well this is pretty rad. Check out this 360 degree camera angle that Turkish slalom and speed sailor Lena Erdil has been trying out. At...

Well this is pretty rad. Check out this 360 degree camera angle that Turkish slalom and speed sailor Lena Erdil has been trying out. At... Chasing 100km/h - What Doesn't Kill You Makes You Faster

Antoine Albeau may have left the building but many of the big names are still in town and there is plenty of drama unfolding on...

Chasing 100km/h - What Doesn't Kill You Makes You Faster 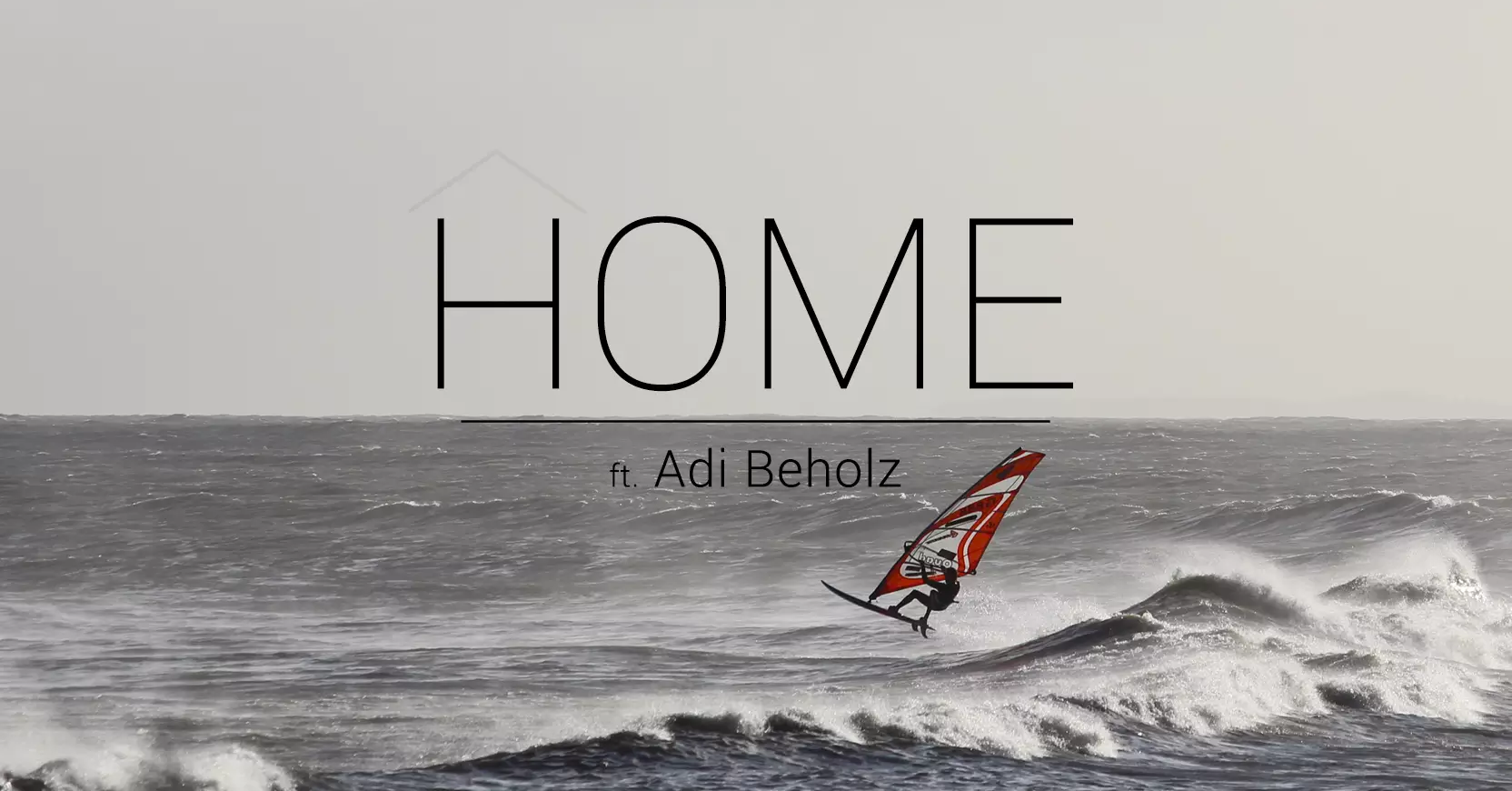 Adrian Beholz has released a fresh new edit. About life at home, windsurfing in Northern Europe, we get to see and feel a little more...