Well we’ve been a little off the radar for a few weeks but we are back to bring you all the news, reviews and videos from around the windsurfing world. Right now all eyes are on Pozo for the PWA Gran Canaria Wind & Waves Festival and the main event is due to kick off later today or first thing tomorrow.

Strong winds and a decent swell are forecast, we could be looking at 50 knots with head to logo high sets, which means one thing, the guys and girls are going into orbit, in what is usually dubbed as the most radical jumping show on tour.

The youths have set the stage and are currently throwing down LIVE right this second. Go check that out here. However, it will be the final heats of the mens that may well offer a new move or two, not least the triple forward, a much anticipated move that we’ve seen attempted by Philip Köster, Ricardo Campello and Boujmaa Guilloul in recent years.

As is the nature of such a radical spot, many of the guys and girls have to arrive early to get acclimatised to such altitudes, gnarly winds and that toe crunching beach. With it has come a host of impressive footage, we’ve picked out a few of the top names, all of which have the potential to not only make the podium but also reach the very top. Who’s your money on?

Marcilio Browne – Brazil
Flying in from Maui, Brawzinho has spent a month training for this event. His Brazilian flair, powerful style and progressive approach has seen him training one of the latest moves, the shifty, except he is aiming to do this on the way in back into the wave… It could well be the game changer if he nails that in his heats.

Robby Swift – UK
Also flying in from Maui, Robby Swift is good friends with Brawzinho and has produced this video of his weeks training in the run up to the event. In the peak of his performance Robby has been one of those guys who has been right on the edge of the Pozo World Tour win but always just a tiny tiny bit off. This year however, we are pretty convinced his name is a contender for the very top as he throws out some seriously radical moves both on the wave and in the jumps.

Victor Fernandez – Spain (Mainland)
Fernandez is one of the most consistently high placed waveriders in the world. Since 2006 he has never been outside the top 2 at this event and if anyone plans on beating him they better have every move locked in and ready to unleash in the heat of their life.

Philip Köster – German (Also Pozo Local)
The guy virtually requires no introduction. He is the one to beat right now, 3x World Champion at the age of 22, he wows the crowds and even his fellow competitors in almost every heat. He opens up with his infamous perfect 10 double forward loop and has even tried the triple forward in competition, twice. However, he is not entirely undefeated and anyone of these guys could take the top spot and even a few others we haven’t mentioned. The level is as close as it has ever been and we literally cannot wait to see this event kick off.

Watch out for our overview from the girls that rip. 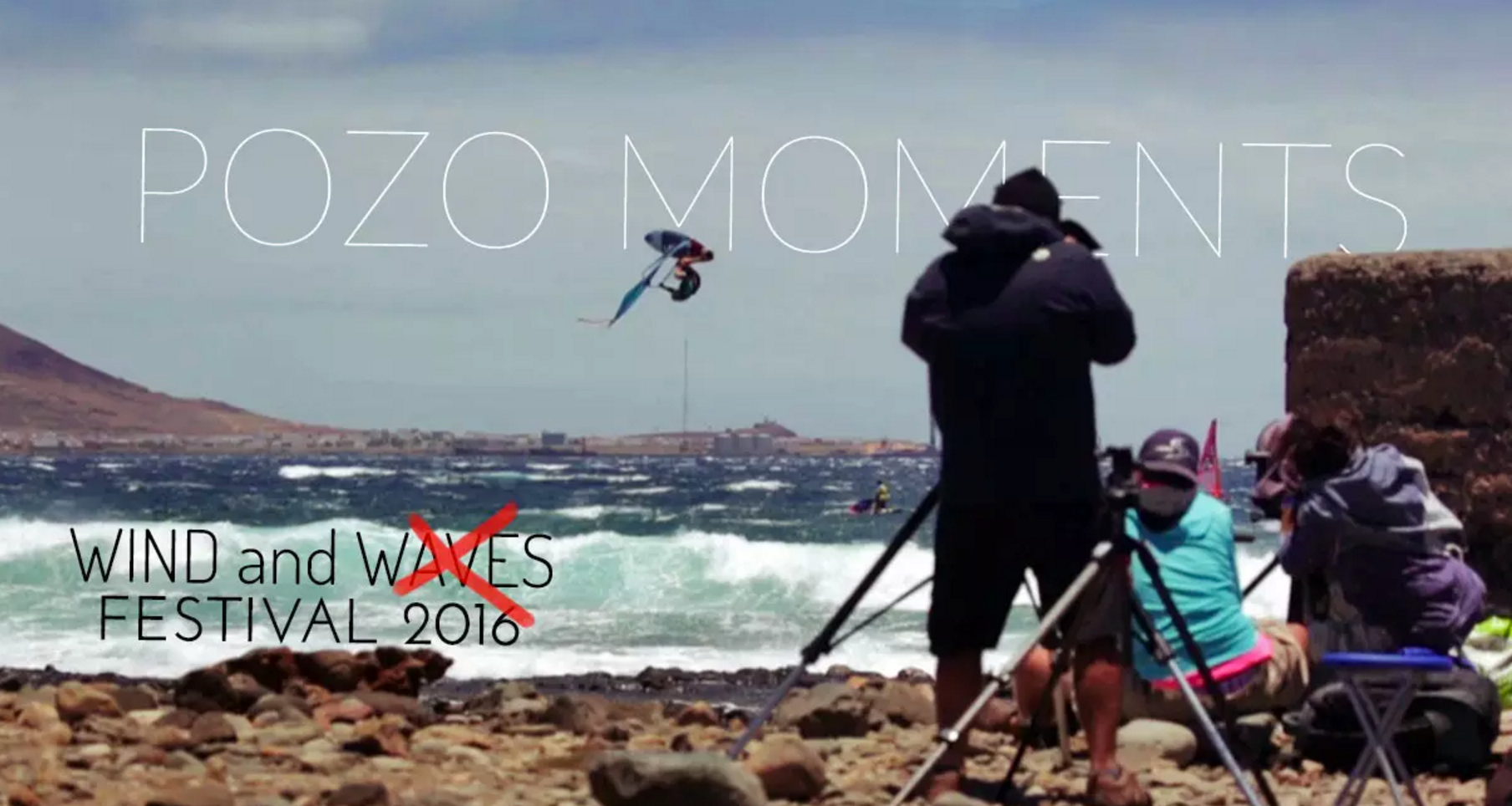 Highlights from the action at PWA Pozo this year courtesy of BJ Productions. The crew were on hand to film the event in all its... 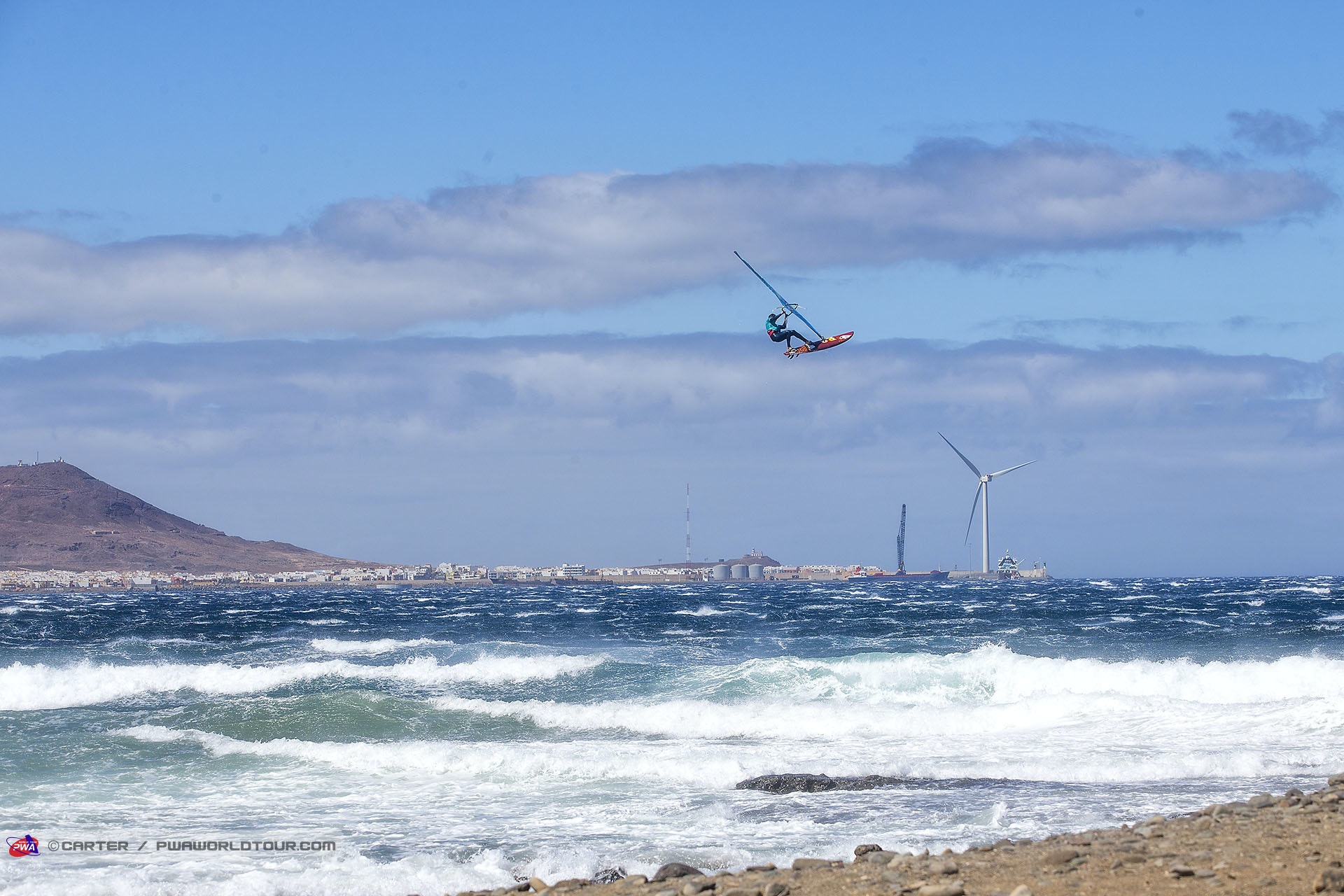 Day 1 of the main event kicked off with a bang yesterday. The competitors found themselves grabbing their smallest sails as the pozo arena lit... Highlights from Ben Proffitt of the action during the opening rounds of the single elimination yesterday. 50 knots saw the guys and girls launch into...

Highlights from the action at PWA Pozo this year courtesy of BJ Productions. The crew were on hand to film the event in all its...

Day 1 of the main event kicked off with a bang yesterday. The competitors found themselves grabbing their smallest sails as the pozo arena lit...

Highlights from Ben Proffitt of the action during the opening rounds of the single elimination yesterday. 50 knots saw the guys and girls launch into... Pozo is ON and the youths are warming up the arena with an incredibly impressive display of skills. The talent amongst the future of our...