Protecting Our Oceans will be a feature series on Boardseeker over the coming weeks which will aim to raise awareness of what threatens our playground and way of life. As windsurfers, who frequent our worlds Oceans, many of us are already aware of such issues but how much do we really know about it? We have decided to reveal a few, sometimes shocking, facts about what is really impacting us and get some first hand experience from those who trot the globe during their professional windsurfing adventures.

In this first feature we caught up with the Russian windsurfing beauty Olya Raskina who was more than happy to reveal her thoughts on the topic related to marine pollution. But first, why “The solution to pollution is (certainly not) dilution”. We sourced our information from a number of governing bodies and well established researchers to offer some more details about what exactly is causing detriment to our oceans. 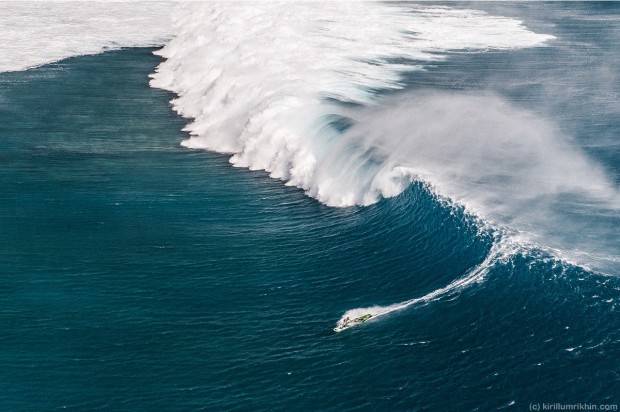 The oceans are so vast that until fairly recently, it was widely assumed that no matter how much rubbish and chemicals humans dumped into them, there would be no detrimental effects. Hence why the oceans even received the following catchphrase: “The solution to pollution is dilution.”

Today, the thousand-mile-wide drift of decomposing plastic in the northern Pacific Ocean tells us a different story, that this “dilution” policy has helped place a once flourishing ocean ecosystem on the brink of collapse.

Pollution is the introduction of harmful contaminants that are outside the norm for a given ecosystem. Common man-made pollutants that reach the ocean include pesticides, herbicides, chemical fertilizers, detergents, oil, sewage, plastics, and other solids. Many of these pollutants collect at the ocean’s depths, where they are consumed by small marine organisms and introduced into the global food chain. Scientists are even discovering that pharmaceuticals ingested by humans but not fully processed by our bodies are eventually ending up in the fish we eat.

Many ocean pollutants are released into the environment far upstream from coastlines. Nitrogen-rich fertilizers applied by farmers inland, for example, end up in local streams, rivers, and groundwater and are eventually deposited in estuaries, bays, and deltas. These excess nutrients can spawn massive blooms of algae that rob the water of oxygen, leaving areas where little or no marine life can exist. Scientists have counted some 400 such dead zones around the world.

Solid waste like bags, foam, and other items dumped into the oceans from land or by ships at sea are frequently consumed, with often fatal effects, by marine mammals, fish, and birds that mistake it for food. Discarded fishing nets drift for years, ensnaring fish and mammals. In certain regions, ocean currents corral trillions of decomposing plastic items and other trash into gigantic, swirling garbage patches. One in the North Pacific, known as the Pacific Trash Vortex, is estimated to be the size of Texas. A new, massive patch was discovered in the Atlantic Ocean in early 2010 and has since been mapped.

Scientists have gathered data from 22 years of surface net tows to map the North Atlantic garbage patch and its change over time, creating the most accurate picture yet of any pelagic plastic patch on earth.

The data were gathered by thousands of undergraduates aboard the Sea Education Association (SEA) sailing semester, who hand-picked, counted and measured more than 64,000 pieces of plastic from 6,000 net tows between 1986 to 2008.

End of the “Dilution” Era

Humans are beginning to see the short-sightedness of the “dilution” philosophy. Many national laws as well as international protocols now forbid dumping of harmful materials into the ocean, although enforcement can often be spotty. Marine sanctuaries are being created to maintain pristine ocean ecosystems. And isolated efforts to restore estuaries and bays have met with some success.

BS: As a windsurfer do you often hear about issues to do with Protecting Our Oceans, and if so what about it do you hear most about?

OR: Well I follow the world news and definitely hear and read so many hectic stories happening in the oceans due to pollution, oil leaks and other disasters. Everything, all the disposal, always seem to end up floating in the ocean no matter how people try to prevent it. I guess there are a few trash islands swimming in our oceans already and what worries me most is definitely radioactive water being dumped into the ocean from Japan. That might affect us all in the near future – (Editors note: stay tuned to Boardseeker for more on this).

BS: One of the main topics that comes up often in mainstream media is marine pollution, do you notice much about this on your travels, do you witness any of it first hand?

OR: Yeah when you first came to Maui I was happy to learn about the H2O project and other beach clean-ups that people do there on the regular basis. I’m always amped to join and I think it’s definitely important that we keep our beaches clean.

BS: The ocean is the foundation of your passion, windsurfing, do you personally do anything to reduce any negative impacts you may have on it?

OR: I think us windsurfers we definitely are the last people to have any negative impacts on the ocean. We always keep it clean and nice. All the people I know would always pick up trash or whatever, we are definitely making sure we come, enjoy the ocean and leave it untouched. That is the way I would suggest everyone to treat the sea.