The PWA slalom tour is strictly for production equipment only, providing a level playing field between the top pros and those making their first steps onto the international scene. But is this really the case? Or are some sailors and brands now customising their equipment in the hunt for glory? It goes without saying that every sailor, whether it be racer, freestyler or recreational sailor, wants to get the most out of their equipment. Racers in particular will continuously be tuning and tweaking their race set-ups for optimum performance, but anything over and above this is strictly prohibited.

Previously this rule had been adhered to, however now we are led to believe that some sailors and brands are taking the next step and making physical changes to their equipment. Should this be allowed? Is it giving riders that are altering their equipment an unfair advantage? Where should the PWA draw the line? Where does careful tuning, become unfair adjustment?

As new equipment is put into production and the top racers get their new quivers dialled in, many would like to change aspects of their boards and sails but who is actually doing it? As you can see below, it appears that Arnon Dagan has made adjustments to the bottom of his board – rumour has it that the double concaves used to plant the board on the water are in fact hindering the performance; riders are chosing to fill in and then sand the bottom of their boards to loosen it up and give it a slightly livelier feel.

Should this be allowed? What do you think? Answer our poll and share your thoughts in the comments below… 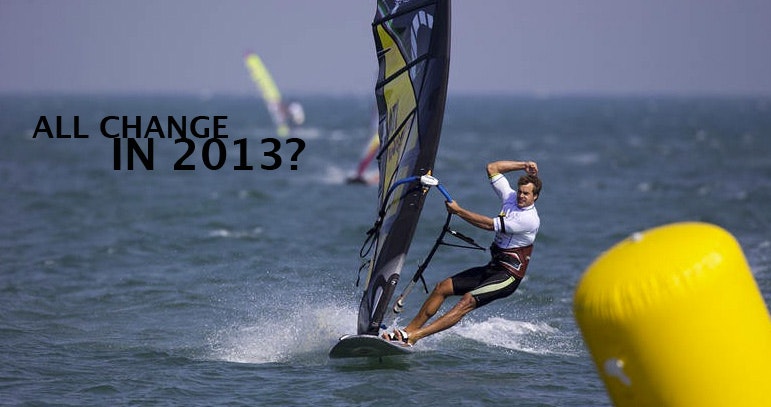 The PWA and its sailors are evolving. 2013 is set to be a year like no other; new names and new locations are already mixing...

The PWA and its sailors are evolving. 2013 is set to be a year like no other; new names and new locations are already mixing...