When we heard Sarah Quita-Offringa, the queen of PWA freestyle and PWA slalom was entering PWA Pozo we had to catch up with her to find out more. Having never competed in the waves before SQ could well cause a bit of a stir in the ranks, perhaps even show us some moves that we have never really seen from the female fleet. With an arsenal of moves at her disposal and having convincingly put a stop to the Moreno twins freestyle carriers in her early days we are not the only ones excited to see what could take place. However, with very limited experience in the waves, hence the slightly dated photos of her using Vandal sails and not Gaastra, will she have what it takes to cause an upset? Introducing the one and only Lady SQ.

So you have just passed your final semester, congratulations, do you plan to windsurf more now or do you continue on with the studying?

Yes I handed in my bachelor thesis last Thursday! It was definitely very challenging but I’m very happy to have finished it. I still need to pass three more courses so I’ll be done around April next year.

You have been off the water for some time now, when was the last time you sailed?

Last time I properly sailed was in Lanzarote mid April, so I’m very very eager to go sailing again. I’ll be the happiest person ever when I touch the water!

With Pozo just around the corner we noticed you on the entry list, what made you decide to do this, have you sailed there before and what equipment will you be using?

I thought it was time to broaden my horizons! I haven’t wave sailed much but I really enjoy it. By entering the competition I think I will gain experience quickly. The last time I sailed in Pozo was in 2008. I’ll be using a 74l Quad and I have some smaller Gaastra Manics. You are obviously very well known for your highly successful freestyle and slalom carriers but realistically how much wavesailing have you done and do you have any particular strengths and weaknesses?

Three years ago I sailed for two weeks in the waves in Maui, Kanaha (it was HUGE that year) and Ho’okipa. By the end of that trip I was landing backies but I’ve only sailed in waves twice since then… I’m better at starboard riding though so I can imagine it’ll be harder for me to ride at Pozo.

Honestly I don’t have much experience, but I have to start somewhere right. Hopefully because of my freestyle background I’ll be able to pick it up quick.

We are not entirely sure if it is the water they are drinking or the food they are eating on the ABC Islands of Aruba, Bonaire and Curacao, where SQ resides from, but whatever it is the talent that is coming from those shores is certainly pushing the level of windsurfing to new heights right now. For SQ this event will be about pushing her own level to new heights in a discipline that she has yet to compete in and even windsurf much in. Sticking backies and clean forwards are essential to make it onto the female podium but what about moves like shakas, air flakas and even misty flips, should these count as wave moves if she can launch into them on the way out? What do you think, could she really make the podium?

Dieter van Eyken recently spent some time in the freestyle paradise that is Bonaire and as his current 4th place on the PWA world tour... 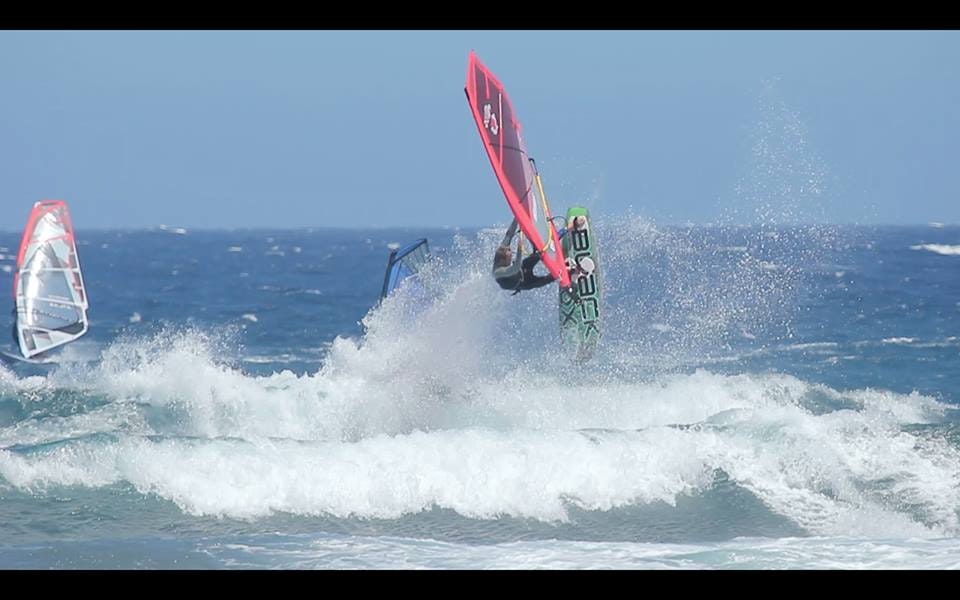 Dieter van Eyken recently spent some time in the freestyle paradise that is Bonaire and as his current 4th place on the PWA world tour...