A week on from the second mission Boardseeker caught up with the man who has his eye on the storms, the very chaser himself – Klaas Voget. This last mission took the crew way down south to Tasmania where they encountered some of the heaviest waves and most ferocious winds they have ever sent windsurfers out in. Gnarly surf that can swallow the worlds finest and their kit whole, only to spit them out with everything but the rider destroyed. Klaas brings us up to speed with what went down, what is to come and updates about live streaming. Boardseeker: Tasmania was a little further afield than Ireland, were there any massive problems/setbacks with getting the worlds best out there at such short notice?

The problem with a location that is so far away from every rider and also the main part of the crew is, that we have to make the call to go for a storm, or not, earlier than for a place like Ireland. That means the forecast is less secure and the risk of a change when we are already travelling is quite a bit bigger. But we’ve been watching and analysing forecasts for Tasmania for over a year now and they are holding better than in most other places in the roaring fourties. We spotted this depression already almost two weeks in advance and it was holding until the end. I think in the end it was a mix of intense analysis, local knowledge and a little bit of luck as well, particularly as the day we scored in BOL was really something special.

Boardseeker: Were there any scary moments during this second mission?

The first day we had in Temma had some scary moments. The waves came up pretty big and the wind was a little too onshore to just sail out through the channel in one run. The guys had to get supported by the skis to make it into the zone and once there, it was still a gnarly place to sail. The bottom end of the bay had an evil left hander collapsing into the rocks. We briefed the sailors that they had to stay away from this area, but with going upwind and tacking to get to the main break, they couldn’t always avoid that area. The skis always followed a rider each, but at some point one of the skis went in too deep and got caught by one of those monsters and got smashed into the rocks. It was a pretty hectic moment, but we’ve had such a skilled safety crew for this mission, that even this situation ended without a scratch for the rider of that ski. The rescue crew on the water were some of the toughest guys towing and surfing Shipsterns, one of the heaviest breaks in the world, so they were exactly the right guys for the heavy surf we were dealing with during this mission. Boardseeker: Highlight of the trip?

My highlight was the first wave from Thomas Traversa in BOL. In the first heat the guys were a little too much on the shoulder and in the channel. It looked like they were just slowly getting into the place. Then in Heat two, Thomas went out, sailed all the way upwind and took off much deeper than anyone before. He got two amazing smacks and an aerial in this 6m wall and scored a 9 – the biggest score of the mission. From that moment the level was set and we’ve seen tons of deep turns, super late airs and quite a few more waves with scores in the excellent range. 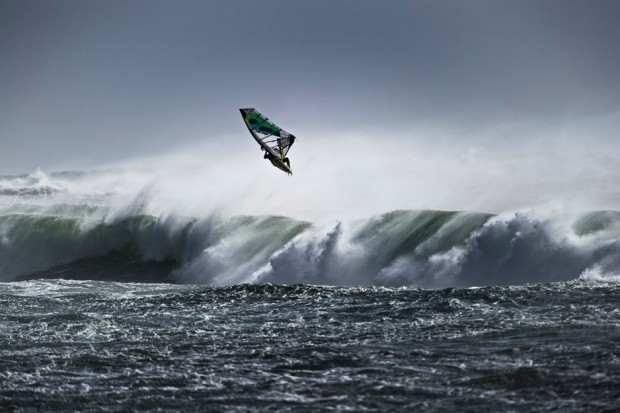 Boardseeker: Highlight move of the event?

There are two, one from, again, Thomas Traversa, who just went for sections that looked pretty much impossible to make. One of these gave him a gnarly go-down, but earned him the 5-Points Extra-Score, that we give for two moves, for the sickest hit and the highest jump. The other highlight move was from Leon Jamaer, I think it was the best aerial of the mission. He took off deep and got really projected by the lip. Good to watch! The second extra score for the highest jump went to Dany Bruch. Boardseeker: How high would you estimate the biggest air to have been?

The highest jump was a straight jump from Dany. It was not one of the highest jumps I’ve ever seen, but if you consider that the wave he took off was 5-6m itself, then add another 5-6m height of the jump, then you can imagine the free fall on the way down behind the wave. 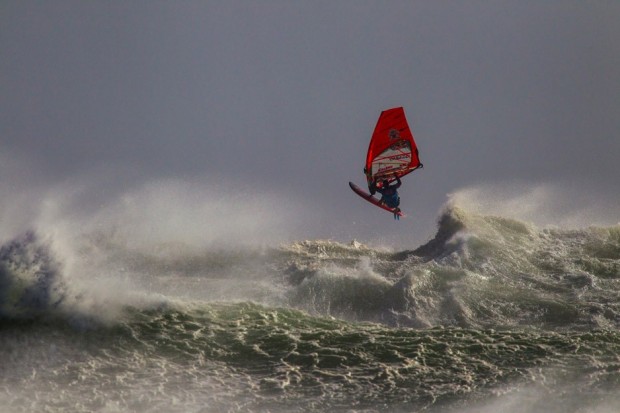 Boardseeker: You now have the four winners, what is the waiting period for the final event and what are the possible locations?

We’re on standby until the 15th September still, then have a break for the PWA events in Klitmøller and Sylt and right after we’ll be on standby again. We’ll keep the same criteria as for the first two missions and have 5 remaining possible locations on the list still: Iceland, Brittany, Galicia, US Eastcoast & Japan. Boardseeker: How does the last stage of the event work and how is a winner chosen?

We’re down to 4 riders now and they’ll battle it out on the last mission in the same way as we’ve done it during mission 1 & 2. Three judges will score the best jumps and wave rides throughout the whole mission and in the end one of the guys will have the highest score and takes the crown and – last but not least – the biggest part of the prize money too.

Boardseeker: Is this the last we will see of the Red Bull Storm Chase?

After the final mission 3 the RBSC is over. At least for now and the near future… Boardseeker: Can you see this concept working in any other way, perhaps with other disciplines?

I can see parts of it working for other aspects of windsurfing, not sure if it does with other disciplines though. For freestyle and slalom you basically need wind and off you go, it’s not so much about the conditions as with the wave discipline. But for the waves I could see something with big waves work in a similar way. BUT – one big part of the success of the Red Bull Storm Chase is that we do something here that no other sport can do. Go out in the heaviest wind and waves and play with it. The surfing world offers big and perfect barrelling waves on a daily basis, but when it comes to a 100km/h storm and heavy open ocean swells, we’re on our own. These rare rough days also make it into the main news in many countries, alongside with us windsurfers chasing that storm 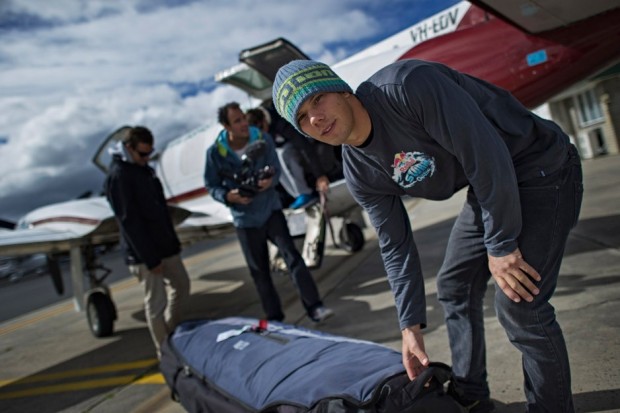 Boardseeker: Do you think there will be a triple forward in the final and what are the chances of a live stream?

I don’t think any of the finalists will try a triple – especially in these winds. In the first mission in Ireland the wind was so strong, that we’ve seen only one double attempt and that wasn’t landed. But never say never – we’ll see. If we’ll see a triple, it won’t be streamed live though. The infrastructure of the remote places we go doesn’t allow us to do that, also the excitement of the first images and the highlight and best of action clips would be smaller if people get an unedited view from one angle only. The Red Bull Storm Chase is a media production as never seen before in windsurfing, we want to show windsurfing at it’s most extreme and most radical, captured from different angles and the best cameras out there. A live stream couldn’t really live up to the expectations and our own demand on how we want to stage our sport.

In case you missed it, here is the incredible action clip from mission 2. 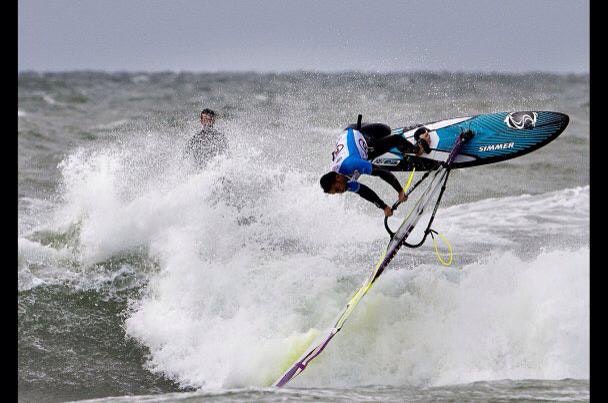 PWA Klitmoller is ready to kick off and yesterday the Crown Prince came down to the windsurfing stage to get on the water and meet...

PWA Klitmoller is ready to kick off and yesterday the Crown Prince came down to the windsurfing stage to get on the water and meet... Dany Bruch steps up to the blocks for the Boardseeker Rigging Challenge, the question is after Victor Fernandez’s lightning speed last week can Dany push... The Final Four - Who Tamed The Massive Tasi Waves?

The Red Bull Storm Chase has hit Tasmania with an absolute bang. Sunday saw the action kick off, and the round has just been completed...

The Final Four - Who Tamed The Massive Tasi Waves?