The search for perfect windsurfing conditions is unending, there is always another wave, another shore to explore. Some may think that you have to be a professional windsurfer and travel to every corner of the world to score World class conditions, but this simply isn’t true. Timo Mullen trawls the UK for stand out conditions, clocking up thousands of miles in his van, and is rarely disappointed with the conditions he seeks out; he also does this around full time work and keeping the family happy.

So, how does a top class sailor score regular World class conditions without touring the world? Boardseeker finds out from the man himself.

On the road, I’d say 70% of my travel is windsurf related and the rest is for work, I do approx 40,000 miles per year! My van’s a year old this month and it’s done 42,000 miles for sure. With regards air travel in a year I would estimate one South Africa trip, one Maui trip and then back and forth to Ireland around six times.

My  whole thought process to my windsurfing is, if you sail in the UK you can get better conditions than every where else in the world, if you leave it to the last minute. The reason being is that it’s guaranteed when you go so close to a good forecast. Well, almost guaranteed! I’ve probably been skunked about 5% of the time. But most of the times this has happened I’ve gone knowing that it’s not looking perfect and that’s there a 50/50 chance of getting the conditions, but sometimes the rewards are worth that gamble!

The last big road trip was over to Ireland before the Red Bull Storm Chase, and nope that one didn’t pay off! We got totally skunked! I knew it was probably going to happen, but I couldn’t bear not taking the chance, we got massive swell, nearly double mast high but the wind dropped!

I’ve never ever, not once thought ‘I can’t be arsed with this trip’, I love it. Absolutely love it.

A lot of people think I always go with a photographer, but that’s just not true. What they don’t see is that 80% of the time I go it’s just me. It doesn’t bother me going on my own, there’ll always be a surfer or someone I know at the place and I’d never go out on my own.  Usually my dad will join me, he’s been a Lifeboat man for 25 years so I’m in safe hands.  I’d always make sure that someone knows that I’m at that spot and that if I’m not in at a certain time that something’s gone wrong. I sailed just at Sandbanks the other day in 3.3 weather, and even thought it’s the safest and easiest beach to sail in the UK I still told my wife that if I wasn’t back by 9pm to come down and look for me, or to call the coastguard!   I look at everything as a calculated risk!

When I’m planning a trip I mostly use Windguru, I think it’s still the best for last minute forecasts. It’s also quite good for getting a gage for is it going to be good in five days, so I kind of use that as a starting point; that just puts the idea in my head. Then I will literally leave it until how ever many hours it is to drive to the spot and I’ll make the decision. I don’t constantly look at all, I’ll look five days ahead, then the day or so before I’ll really start to concentrate on it. I’ll also be planning my week, as if I’m going. I always plan rest time into my trips, stopping every four hours and making sure I get enough sleep to be well rested is key.

The biggest thing to organise is work, I have a full time job so that of course comes into it, but fortunately a lot of the stuff I do seems to by coincidence  happen when I’m not that busy at work! Well, I suppose it’s not just coincidence, I am fairly flexible with work and I do try and arrange things as best I can, but I do miss some good days.

Another big thing is that my wife is ridiculously cool, she knows that windsurfing is what I love to do and that I’m a much nicer person when I’ve been windsurfing. Also, when it is not windy I am pretty on it with getting my brownie points.

It’s all very calculated, I really don’t think there’s any madness to it at all. I think the mad people are the ones that sit in one place saying ‘there’s been no wind for three months’! It’s not a big deal, speak to Ben Severne and the WA guys and they drive 12 to 16 hours every week to go windsurf and nobody bats an eyelid. If they said ‘Oh, we’re going to Gnaraloo this weekend’ nobody would be surprised, they just do it.

I’ll give you an example, I finish work at 4pm on a Friday, at 12.30pm the following day I can be windsurfing mast high, cross off Thurso or Isle of Lewis, whilst on the south coast it’s clear blue skies and brilliant sunshine.

Then I can be back for work on Monday morning and I would have windsurfed in world class conditions, not just good for the UK, I’m talking real world class. Yes, I would have driven a lot of miles, but that would have cost me £220 in fuel. My mates would have spent that over the same weekend on alcohol and taking their kids to Peppa Pig World! I guess maybe I should have been doing that, but I see people drinking that much in a weekend easily and that’s now one thing I’ve probably taken out of my life. I don’t really drink now as I just see it as a total waste of money.

I try to go to Hawaii once a year and last year was probably one of the best years, it was windy every day for three weeks. I was just itching to go back and I knew it probably wasn’t going to be that good again, but I had air miles to use up, enough to get a return first class flight! I already knew it was probably going to be hit or miss, but I had to use them up and it was the only time I could get time away, plus it didn’t look that good in the UK.

So I got there, we had really good conditions for three days and then as I thought it unfortunately just went flat and windless and was predicted to stay this was for the last six days of my trip. I looked at the UK forecast and the north of Scotland had the best forecast I had probably ever seen. Jamie Hancock and Ross Williams were already going up there and I’d said just skype me if it’s on, I’m probably going to come with you. It cost me £50 to change my flight so I flew home, drove back down to Poole to pick up my wetsuit and say Hi to my wife and kids for 10 minutes then got in the car and drove to Scotland and we sailed perfect conditions for four days, absolutely amazing. Basically the five days I would have been sat in Maui with no wind, instead I sailed everyday probably in better waves, and more waves, than I would have done even if Hawaii had been going off. The madness of theory was that being in Maui for those six days would have cost me £700, it’s so expensive there, so by coming home and going to Lewis instead cost me £300, so I basically saved money, or that’s what I tell the wife! 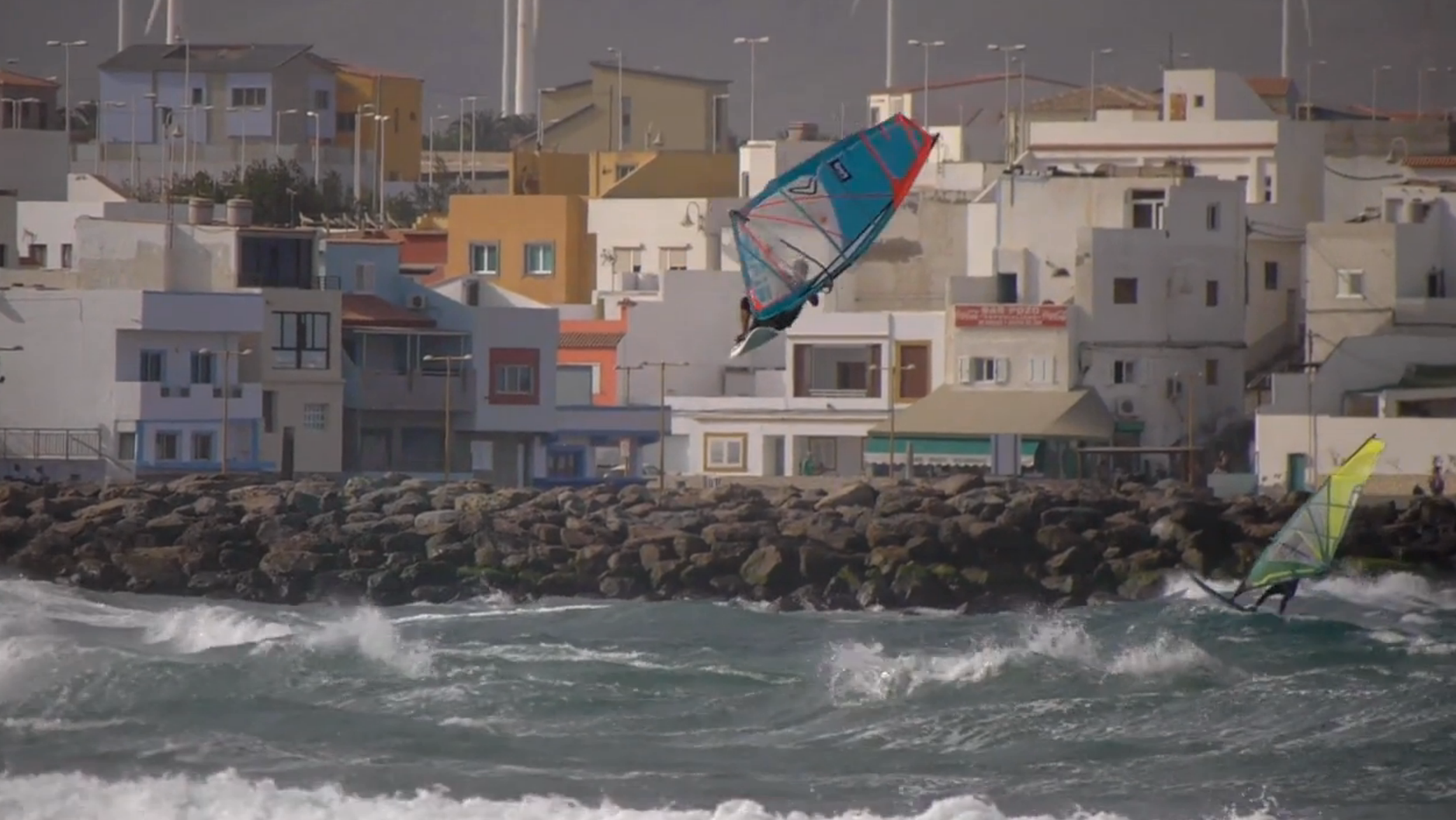 Making the rounds on social media this morning is this super nice portrait of the Spanish professional windsurfer Albert Pijoan. He currently resides in Pozo Izquierdo,... The concept of night windsurfing is not particularly new, however it is very rare to see it with strong winds in somewhere perfectly suited for... 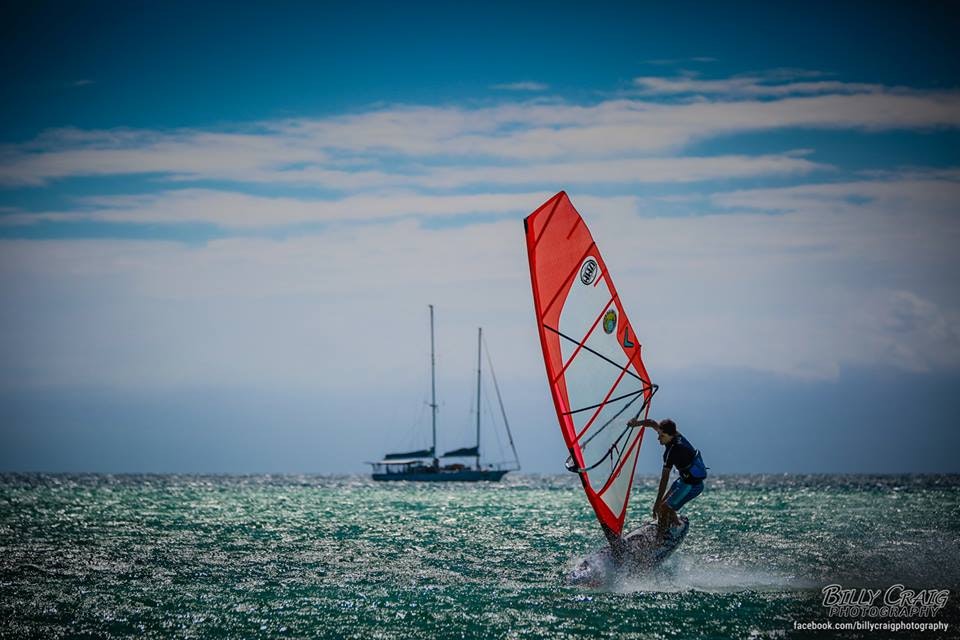 This week the Australian slalom, freerace and freestyle windsurf nationals are taking place on Green Island which is 40km off Cairns. Competitors have come from...

Making the rounds on social media this morning is this super nice portrait of the Spanish professional windsurfer Albert Pijoan. He currently resides in Pozo Izquierdo,...

The concept of night windsurfing is not particularly new, however it is very rare to see it with strong winds in somewhere perfectly suited for...

This week the Australian slalom, freerace and freestyle windsurf nationals are taking place on Green Island which is 40km off Cairns. Competitors have come from... Nothing like some face paced world class freestyle to leave us all little confused on a Tuesday morning. Watch on as Kiri Thode fires through... a super nice video from the AWT has reached our inbox and it would be rude not to sure it straight away. Check out the...