First in this mini-series is none other than Steven Van Broeckhoven. We caught up with him at his ‘Fuerteventura home’, the apartment he is sharing with his good friend and training partner Phil Soltysiak. The two have a nice set-up with a garage for their gear, a spacious apartment and their girlfriends alongside enjoying the wind and waves.

Stevens girlfriend Svetlana Martynova is a regular to the PWA here in Fuerteventura and currently ranks 5th overall on the ladies tour. We’ve heard that she will also be competing and can testify that she is certainly getting her training in alongside Steven at centre one, the competition site, and will be one to watch out for in this years race to the top 5.

As for the 2011 PWA Freestyle World Champion, Steven he has been pushing the level hard and has a repertoire of moves up his sleeve that will knock the socks off almost any competitor. With Phil, Steven works out hard both on and off the water and ensures that he maintains a real professional and athletic approach. As we sat down with him in his rented apartment, the first thing we noticed was the game of flipper he was playing, obviously working on his reaction speeds, we took to one side until the game was over. Shortly afterwards here is what we got from the man himself. Tell us what you think, will he win PWA Fuerteventura this year? We think his chances are high considering as we snapped these photos of him in the space of about ten minutes.

Where have you been training over the winter?
SA – This is really the best place to train for a longer time. This year I was there for two months and it is ideal as it has a lot of variation in training with the waves, different wind strengths, choppy lakes and glassy flat spots.
Egypt – I like it there, it is an easy place to go a really nice and cheap option and it has a high chance of wind so it is great.

What event are you most looking forward to on the tour this year and why?
I think Holland, mainly because it is a new destination and it is good to have a PWA event at my home spot…

What move can you do that you think will score the highest with the judges this year?
Depends where but here in Fuerteventura for example I think air funnel into burner would score highest or perhaps a double loop. The pasko is also good for competition but it’s not so hard, so probably not a winning move.

Who is your biggest rival?
Anyone in the top five but perhaps Gollito a little more because he is first. I think that is what everyone aims for so really he is the biggest rival for us all.

Who else would you like to see on the PWA tour that could make it to the top?
Hard to say because in the end everyone is a rival. Ricardo would be good back on the tour, because he invented half of the moves we are actually doing, haha!

How are the new (2014) sails/boards working out for you?
Very good, I’m super happy with them, the 4.5 is the best sail I ever used. I never thought a sail feels so perfect. Perfect balance, perfect for ducking, perfect power. When I tried it in Egypt it felt like everything is possible with that sail. The board (100l Freestyle) stays unchanged just a different graphic, after much testing we felt like there was no need to change the shape, only with the 106l we made it more new skool (more speed) for the power moves in really light conditions. 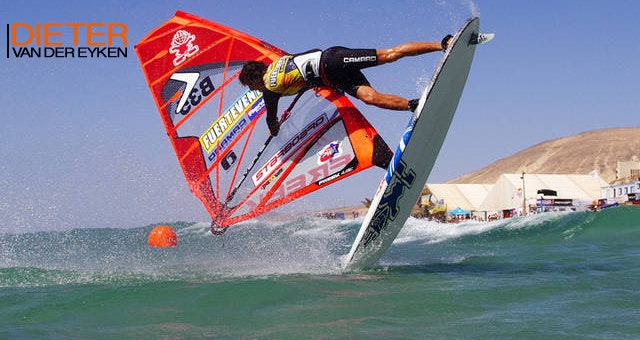 In this new feature series we plan to catch up with as many of the top freestyle and wave sailors for a short seven minute... 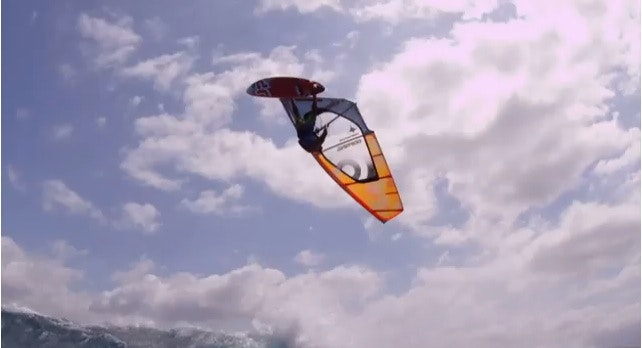 Next week NeilPryde will be launching their 2014 range, but first they’ve released this short video with all their best riders on the new equipment,... So competition saw its conclusion yesterday in Tenerife, and what a dramatic showdown it was. It was yet another windy day with a high tide, so...

In this new feature series we plan to catch up with as many of the top freestyle and wave sailors for a short seven minute...

Next week NeilPryde will be launching their 2014 range, but first they’ve released this short video with all their best riders on the new equipment,...

So competition saw its conclusion yesterday in Tenerife, and what a dramatic showdown it was. It was yet another windy day with a high tide, so... The final day  of competition over in Tenerife really provided the goods, with massive waves, a lot of wind and the top five producing the... 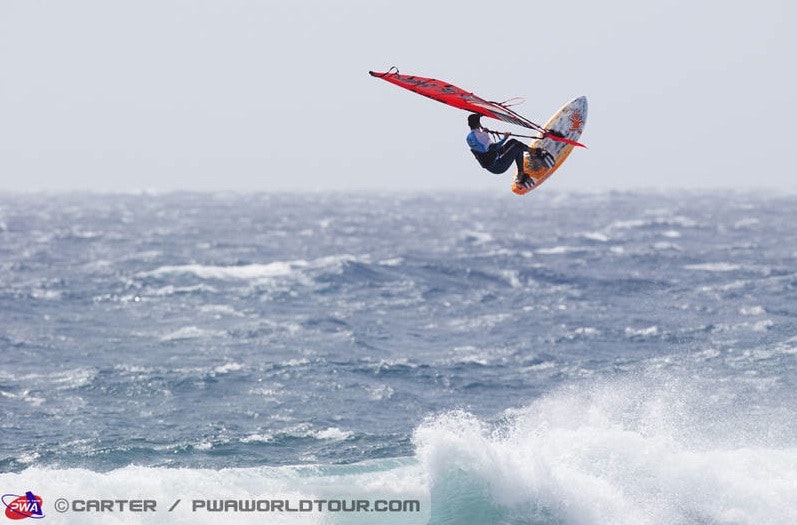