Witchcraft, famed for their lightweight yet highly durable boards, have decided to delve into the windsurf sails market. When we got wind of this we were keen to know more, why the new venture, can we expect the same intricate detail like we see in their boards and much more. Well Witchraft came back to us and we’ve already taken their sail out on the high seas for a forthcoming test, expect that soon, in the meantime we caught up with owner Bouke. 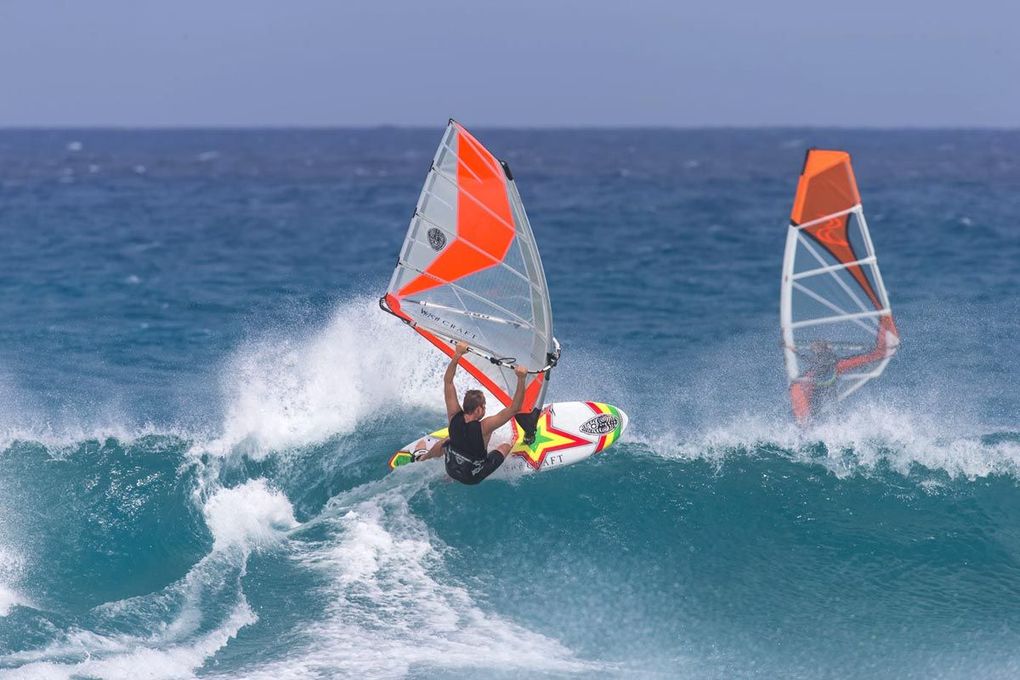 After all these years producing boards, what made you now decide to start producing sails as well?
I used to make my own sails since I had a sail repair loft but then stopped when I became too busy with boards and got the distribution of Ezzy sails in the Canaries. Where out of all brands, I really liked the Ezzy´s for our conditions. But over the years I have always had my own ideas about sail design and was discussing sail design with John Blackwell a lot too. So after many years playing with ideas and not seeing anything on the market that I liked to the full, the desire to develop my own sails became too strong.

What qualities do you think would make a Witchcraft sail stand out over other brands on the market?
Well first of all quality of course. There are loads of things in the build that make it stand out. Besides that the seam shaping we’ve put in the sails. Seam shaping gives a bigger windrange but it reduces handling. Starting off with an Ezzy-esque amount of seam shaping (a lot) we reduced this gradually and now have a medium amount of seam shape, half that of Ezzy which still is double that of practically all other wave sails. For some reason there was nothing between these 2 extremes so far. Since on Fuerte we do get quite a bit of excellent float and ride conditions, the bigger sizes have to work good for that as well. Many wave sails are too flat for that. They need more wind to inflate and don´t move in light winds. But a too full sail starts to work and drag once you are on the wave. The sail should “disappear” as much as possible and since you need to stay closer to the wave, it should not get stuck in the wave either. So we have given the bigger sizes a bit more shape and the sails gradually go flatter to the smaller sizes. Like this you can get away with a smaller big size. This downsizing is the best way to reduce weight and actually gain strength. Bigger sails are under a lot more strain when getting washed by waves. The funny thing is we now use smaller sails then we used to (with Ezzy). This was something I had not expected. And the sails feel much lighter and nicer on the wave too and are much smoother in their power build up, not jerky. 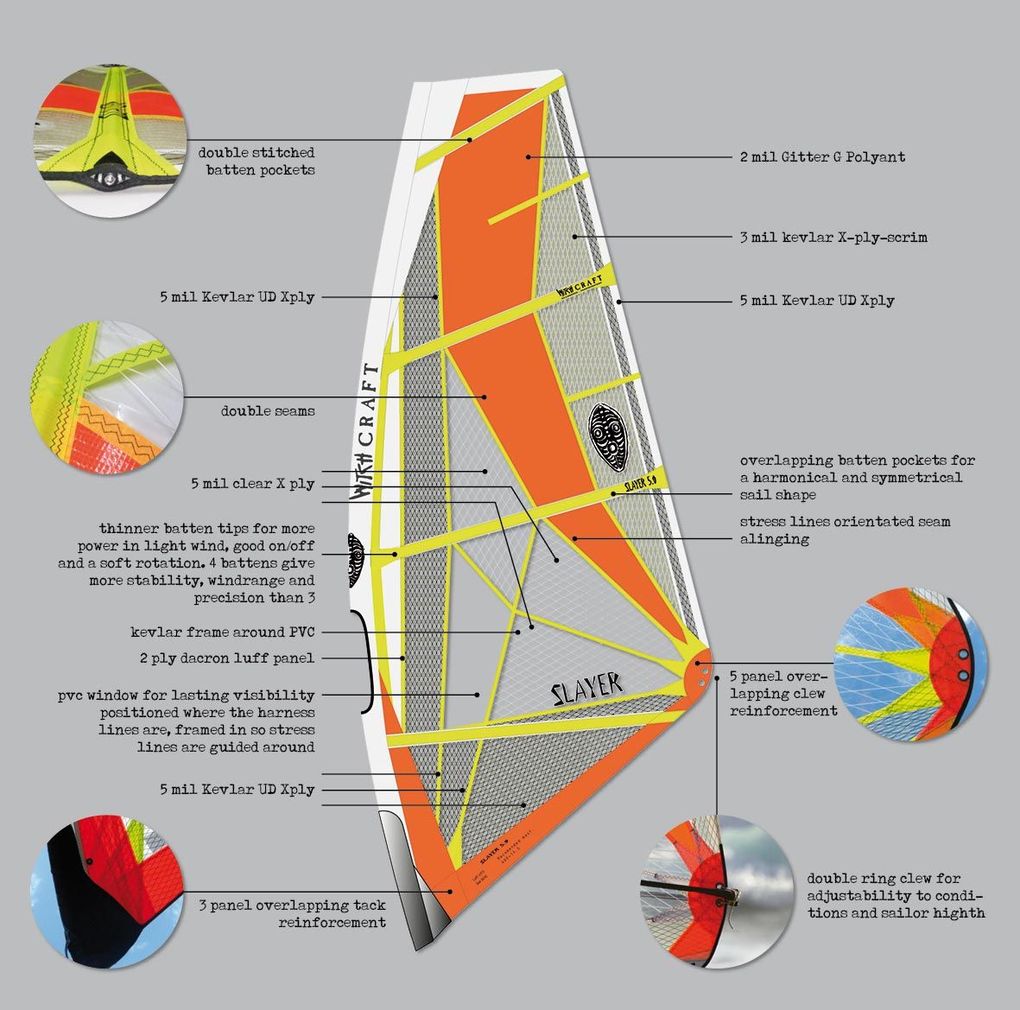 Who has designed the sails and where are they made?
I designed the sails with the valuable input of John. We design the sails in a CAD program, make the panels with our CNC machine and make the prototypes on Fuerte or in the UK. Then we can adjust things quickly and test again the next day. The production sails are made by a selected sail factory in China. I had prototypes made by various factories and picked the best, not the cheapest. We did have to send them a better double sided seam tape and a slightly thicker scrim than their standard material.

Who is testing the sails and where?
We have a team on Fuerte, Me, Will Ward and Pieter Delaleeuw. Nestor Macias in Pozo was testing the smaller sizes, Richi Accion in Galicia and John in Scotland. We’ve also given prototypes to rental customers on Fuerte. The sails seem a little higher aspect than average…why is this?
We just found this was working the best. We had tried some low aspect sails and did not find them very effective. A slightly higher aspect improves the lower end range of the sails. Water starting becomes easier and faster. The shorter boom gives more clearance to the wave. If the wind is not perfect side shore, between waves the wind lower down is less and more gusty. Also we did not want a too wide head or reduce mast length by sloping the sail down from the top batten. Like this the top batten is not supported enough and flops about more than actually doing anything. From Pozo they were super happy with the total wind range of the smaller sizes. And since we can use smaller sizes in the same wind strength we do not actually have a longer mast but a shorter boom. Wave sails are not about top speed but need to give a combination of planing power, keeping planing, wind range, control, strength and manoeuvrability/handling.

What specific design features of the sail are you most proud of?
Apart from the construction probably the whole performance and feel we have achieved. For some reason we now use smaller sails then we used to even if the sails have less shape. They are very manoeuvrable on the wave and very good in getting planing and keeping speed. Quite a lot of the feedback starts with: I have to admit I was a bit sceptical at first but….. 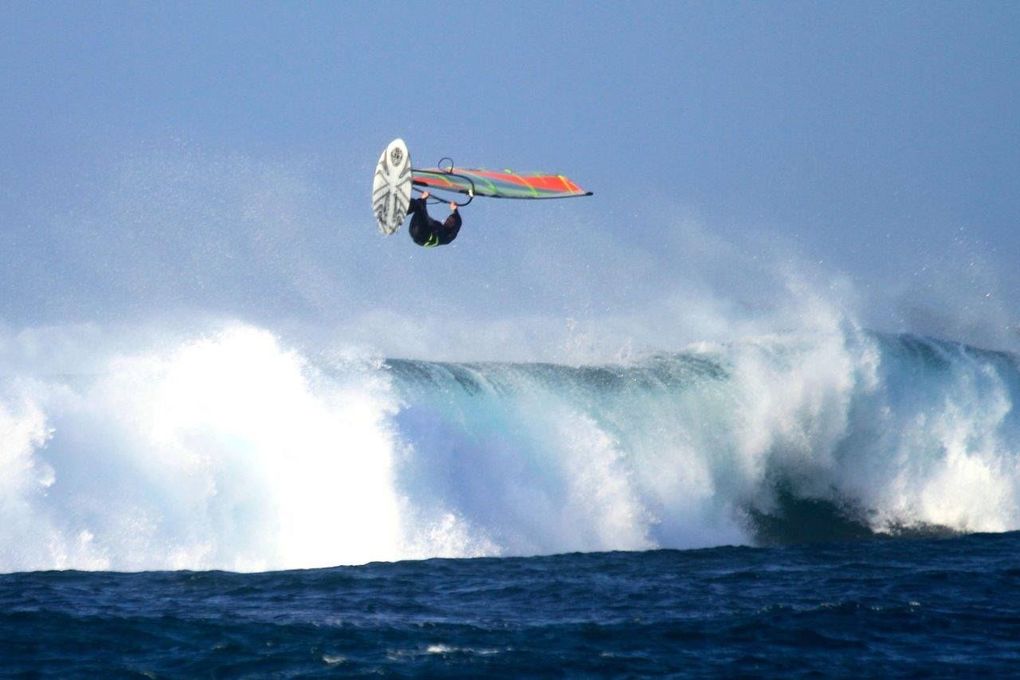 Why did you decide against a 3 batten sail?
I did not really decide against 3 batten sails but you can only do one thing at a time and priority was functional sails. 3 batten sails have a smaller range of use. It is also clear now that 3 batten sails have a shorter lifespan than 4 batten sails in the same construction. Then you also have the issue of the foot batten. Do you put this under or through the boom? From the sail performance POV I would be inclined to go for a cross batten but I am not too keen on a batten through my vision of the wave and then you also have an issue with the foot fluttering. I used to think that a soft sail could be ideal for float n ride conditions but with the Slayer we are already beyond that now.

What warranty do the sails come with?
We are the first brand to offer 30 years full guarantee against rust. Just kidding. They have the normal 2 years guarantee. Neither me or John really think like this, if there is something wrong that should not have been, we´ll solve it, even after 2 years. Sails are far easier for issues like that than boards since you can see nearly everything, at the latest the moment you rig it.

Where can the sails be tested?
Here at our test centre on Fuerte, at the TWS in El Medano, Cutre in Pozo, Sailrepair in the UK and Boardrepair in Holland. If someone wants to test sails in their local conditions we can send them a demo sail if they pay for the postage. This will be discounted again when purchasing sails. 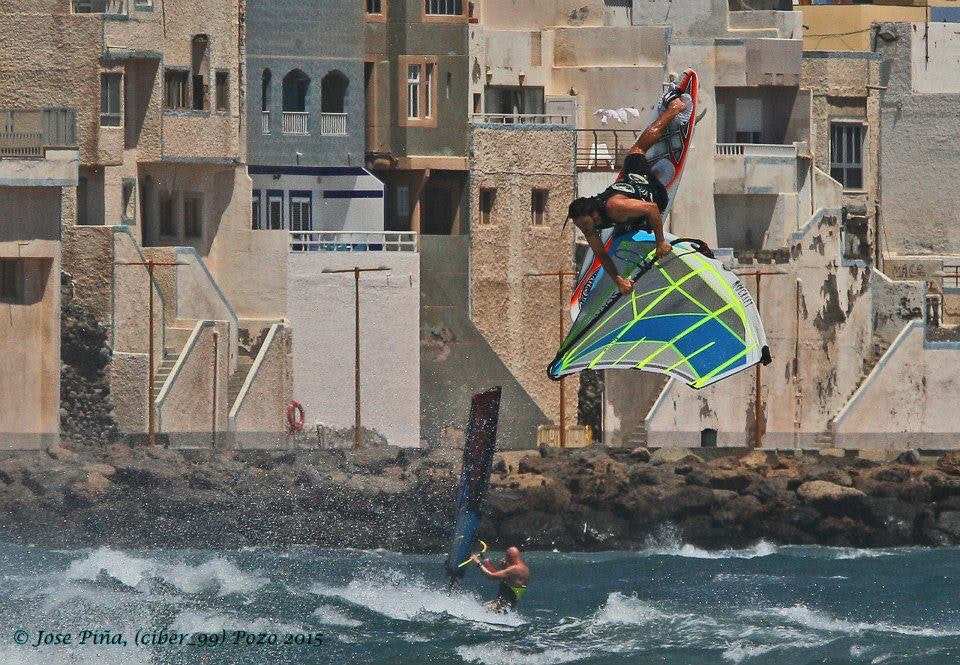 With the test complete our review on the new Witchcraft Slayer is ripe and ready for your viewing pleasure. We’ve had Adrian Jones on the...

With the test complete our review on the new Witchcraft Slayer is ripe and ready for your viewing pleasure. We’ve had Adrian Jones on the...