At just 23 years of age Alastair McLeod is not only the youngest but also the first and only person to have ever windsurfed the XXL wave spot known as Pedra Branca in the wild Tasmanian Sea. That’s right he is 23 and his surname is not Polakow, Swift or Naish. He was the only guy out there, the wind was fickle, the swell enormous, the heli even had to turn home after it looked unrideable. We caught up with McLeod as he currently packs his bag for a tour of the UK with the Ocean Film Festival, who will display his incredible feat on the big screen. There are five viewings in the UK and another 87 across the rest of Europe, the premieres will also include footage from John John Florence amongst other breathtaking sports and scenes from our great home – the ocean.

Find out more in our news story with full dates and details here.

Let’s start out with the obvious, at just 23 years old you are not only the youngest person ever to windsurf Pedra Branca but also the only person to windsurf it, at what point did you decide that you wanted to go for it and how did it plan out from there?

Windsurfing Pedra Branca has been at the back of my mind since the first time I saw it years ago. Tom Carroll and Ross Clarke Jones took a 60 minutes film crew out there with the local Tasmanian chargers like Marti Paradisis and the Holmer-Cross brothers. It was glassy and big, it looked like an amazing place. A few guys talked about windsurfing it, down there is really exposed and gets a lot of wind. Honestly though it’s a logistical nightmare – Pedra would have to be one of the most remote big waves that people actually ride. When the opportunity to give it a go came up I had to make the most of it.

The spot looks truly incredible, how long did it take for the forecast to align and how were the nerves before and during?
It is definitely an amazing place, the ocean is very alive and the giant rocks standing up in the middle of the ocean are pretty spectacular. Between initial planning and actually riding the wave it would have been at least 9 or 10 months. It ended up happening in the dead of winter which was something I was trying to avoid. The whole thing was hanging over my head for ages – it built up a lot of pressure juggling work, university, friends and family while trying to train to take on a massive wave. When we pulled it off I was so relieved!

There is a moment where you clearly go over the falls hard, was this your heaviest wipeout, or were there worse ones, what was it like to be ragdolled and held down under such a heavy wave?
That wipeout was actually extremely lucky. The wind was super light so getting onto the swells was almost impossible. I tried for about an hour and wasn’t getting close, then the breeze came up just enough that it was doable if you positioned yourself right. I pumped into the swell and started to bear off and accelerate to try to get down the bottom when a ledge came back up the face and sent me flying at the top of the lip. At that point I couldn’t hold it together and got tumbled around, the lip went over me and I actually snuck out the back unscathed. For a second I thought things were about to go super bad but it just worked out. A few metres deeper in that situation would have been pretty horrific. The lip on that wave was seriously thick.

How were you prepared for the trip and what camera crews did you have on site?
This project was part of Red Bull’s Explorers series so they had a full team of video guys. We had a helicopter as well but they went back to shore when I wasn’t catching anything and then couldn’t get back in time when the wind came up just enough. Overall there were two boats and two jet skis out there with me, some for cameras and some for safety.

We take it you are inspired by the likes of Jason Polakow and Robby Swift, is your future in big wave riding only?

Yeah for sure, Jason was always the guy I looked up to when I was really young. Robby was over in Australia recently so we were talking about this a bit. It sounds like Jaws is total chaos now but I’d still love to ride it one day. I’m not only into big waves, I really enjoy high performance rippable down the line stuff. We don’t really get any good jumping conditions where I live, so I mostly sail cross off sort of conditions anyway. There are some spots that hold big waves across Australia’s south coast that I’m planning to explore, but I’d have to say Cloudbreak is probably my number one bucket list spot.

We caught you as you are packing your bags to head to Europe, it doesn’t look like there are any XXL swells on the way?
Yep, I’m not sure there’s much coming and I don’t think I’d have time anyway haha. It’s a dash over for the International Ocean Film Tour then I have to get back to university. I’d love to come back and spend some proper time though, Scotland and Ireland look amazing for windsurfing.

With 92 showings of the Ocean Film Festival, can you tell us how it feels to be rubbing shoulders with the likes of John John Florence?
I’m not sure John John will be there, I think the WSL events on the Gold Coast are starting soon so he’ll probably be training. I’m definitely looking forward to seeing the other films, it should be a cool event. This is a great opportunity to showcase the adventure element that windsurfing offers. I think the sport has neglected the sense of adventure and exploitation too much in recent years. It appeals to a broader audience than simple high performance action, as impressive as that can be. Overall windsurfing is a challenging sport that offers great opportunities, that’s really what this project was about for me.

So what’s next on the bucket list and can people get signed posters off you at the showings?
Right now I’ve got to finish my university degree which will be done mid way through the year. After that I’ll spend a bit more time chasing some good waves. Fiji is high on my list and I’d love to get down to Chile also. In between those trips overseas I’ll focus on some big spots around home that no one has really ridden, but I’m going to have to get a JetSki first I think haha.

A cool behind the scenes clip following PWA freestylers Julien Mas, Davy Scheffers, Amado Vrieswijk and more has appeared online. With a look at what... Leon Jamaer teamed up with Julien Robinet for his latest clip. Robinet, who filmed the Sarah-Quita Offringa docu-film captured some incredible shots whilst in Cape... Jacob Lindqvist has just released this short video from his time in Cape Town. Unfortunately we heard that soon after he arrived he had his...

A cool behind the scenes clip following PWA freestylers Julien Mas, Davy Scheffers, Amado Vrieswijk and more has appeared online. With a look at what...

Leon Jamaer teamed up with Julien Robinet for his latest clip. Robinet, who filmed the Sarah-Quita Offringa docu-film captured some incredible shots whilst in Cape...

Jacob Lindqvist has just released this short video from his time in Cape Town. Unfortunately we heard that soon after he arrived he had his... 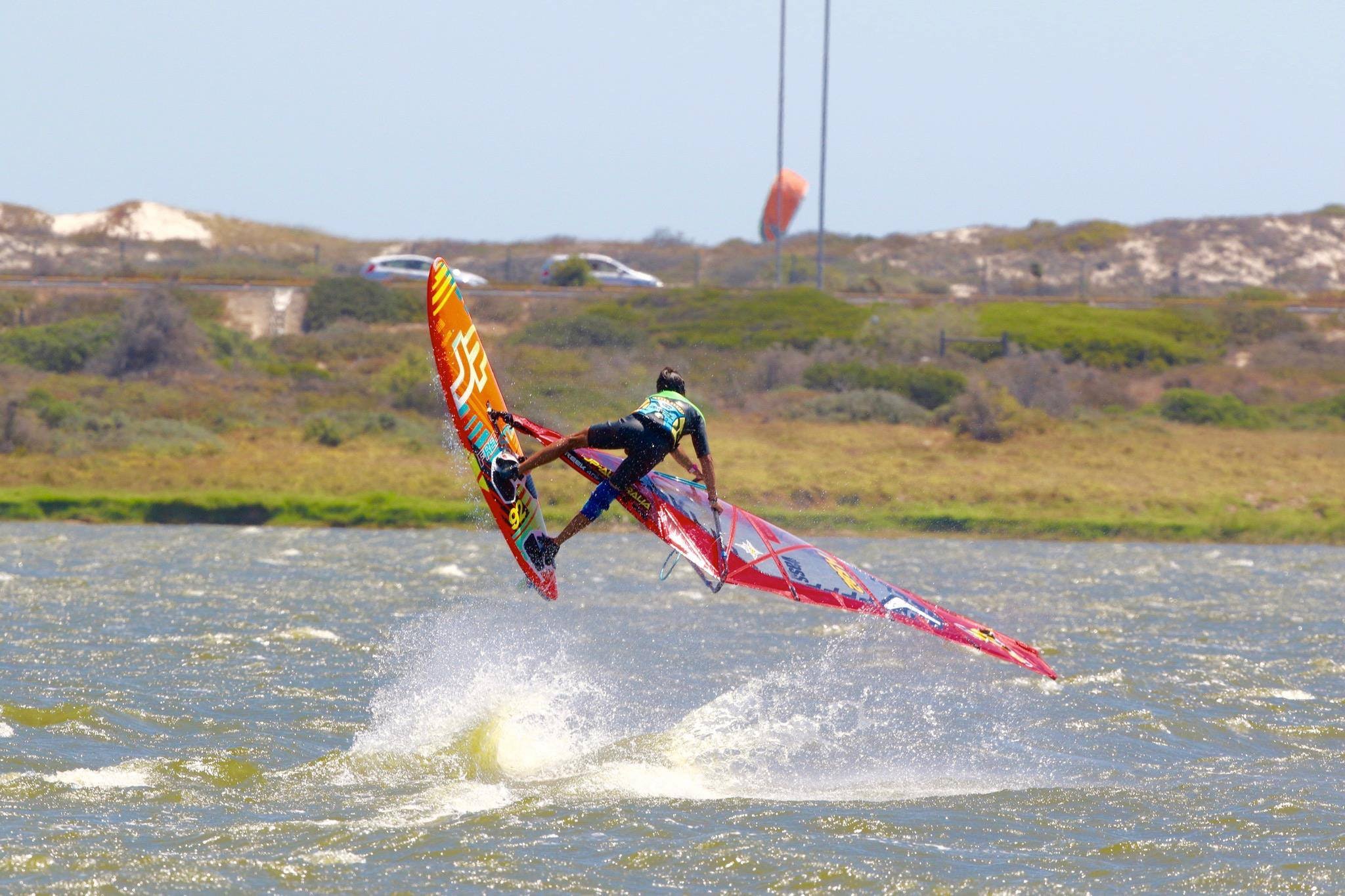 UK freestyler Jamie Howard has pieced together this little web wonder from a few clips he’s had stored on his computer. Styled out with a...

All shot in 4k, this video of Brawzinho taking on a huge Peahi is breathtaking. Stunning shots combined with spine tingling hits is what awaits. https://vimeo.com/158587118