When we heard Oli Stauffacher was producing a new web clip with international JP/Neilpryde freestyler Youp Schmit we knew we had to pin them down for questioning about their current affairs before the whirlwind of PWA Holland began. Scroll down for the, perhaps, slightly controversial interview we had with the director. What do you think, are professional windsurfers receiving enough reward for their time and talent? Leave your comments below.

He will inspire a whole generation of windsurfers if he remains on track. At only 18, Youp’s name is already well engraved in the history of windsurfing, in part, thanks to his unique explosive yet flowing style, his charismatic personality and his multiple world youth freestyle titles.

Raised on a small Caribbean island called Bonaire, known today to be amongst the most competitive in the world, this island gave birth to a multitude of windsurfing legends such as Tonky Frans, Taty Frans and Kiri Thode.

But Youp, who remained as a silent follower is now clearly forging his own path into the spotlight. One year ago he came up with his own clothing label, HeyYoup (heyyoup.com).
He will inspire a whole generation of windsurfers if he remains on track.

Paradise City is a short film and gives you an inside view of Youp’s training grounds. The idea was to show this island paradise from a different perspective then its already famous perfect flat waters. It is time to show the diversity the island offers. One of our crew, Markus, already began filming in January and went with Youp to a few secret places. Later, in May/June, Oli also passed by and took some shots to finish the film.

..it just amazes me how fast it all went. I can’t believe I’m in the top 10 of the windsurfing freestyle world..

“Since I was about 12/13 years old I started to compete in local windsurfing events, then the prokids came and there was really a world kids title to fight for. I think from that moment I started to think I could really make something out of this sport now. It just amazes me how fast it all went. I can’t believe I’m in the top 10 of the windsurfing freestyle world, and that I am travelling together with the guys that I’ve always looked up to from when I was a young kid.”

As I get no support for my movies I can almost do what ever I want.

Boardseeker: You’ve produced a few films now, and your style appears to follow that of particular parts in surf movies, do you see surf movies as your main inspiration?

Oli: It’s not that I try to emulate some surf movies, but the more I follow the surf scene the more I get fascinated by the creativity and how the artist and film-maker express themselves. It seems that there is no limitation in being creative. On the other hand you see the windsurf scene and everyone is following kind of the same style. That’s really boring for me. There are some talented film-makers and photographers in the scene but they are afraid of doing something different. At the end of the day they want to sell their product and want to please their sponsors. At the moment the big sponsors are not open to something different. Since ages the style is near enough the same. Also what really bothers me is that there are just two or three photographers in the scene that dominate the look of the scene if it’s a magazine or a product campaign it’s all the same boring stuff out there. I hope I bring more creativity to the windsurf world, at least I tried. As I get no support for my movies I can almost do what ever I want.

Boardseeker: What are your thoughts on the windsurfing movies and how do you think they could become more mainstream?

Oli: I normally don’t watch windsurf movies. Sometimes I check on Facebook some short clips about a new move. That says a lot about how my thoughts are I guess. To make it more interesting for the kids and for a bigger crowed we need more money. Easy like that. No I am just kidding. First, I think we need to film more beside the water. Filming more honest, showing a authentic person and his life. Windsurfing is a lifestyle like Surfing, so why don’t we show it more. 90% of the movies are just fast action clips. A non Windsurfer feels no emotion by watching this. Secondly, big brands should put more attention to producing movies and should give more space for the director. I am really surprised that the big brands are not able to do better. Everybody talks about the money that is not existing instead of being more passionate and creative.

Oli: For me it was already a challenge to do it like this length. Before I just did a film with one song. But now after finishing this project I would like to do something bigger, but to do so I would definitely need support. As I told you I paid so far everything out of my pocket… 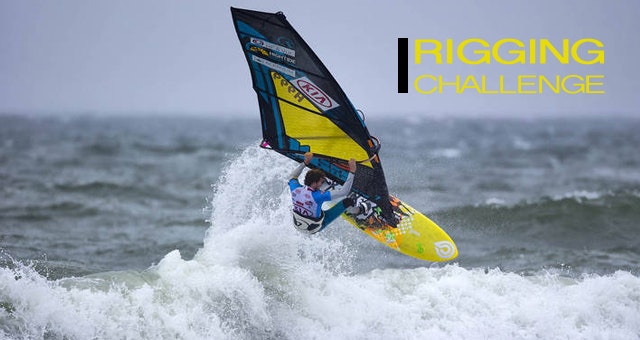