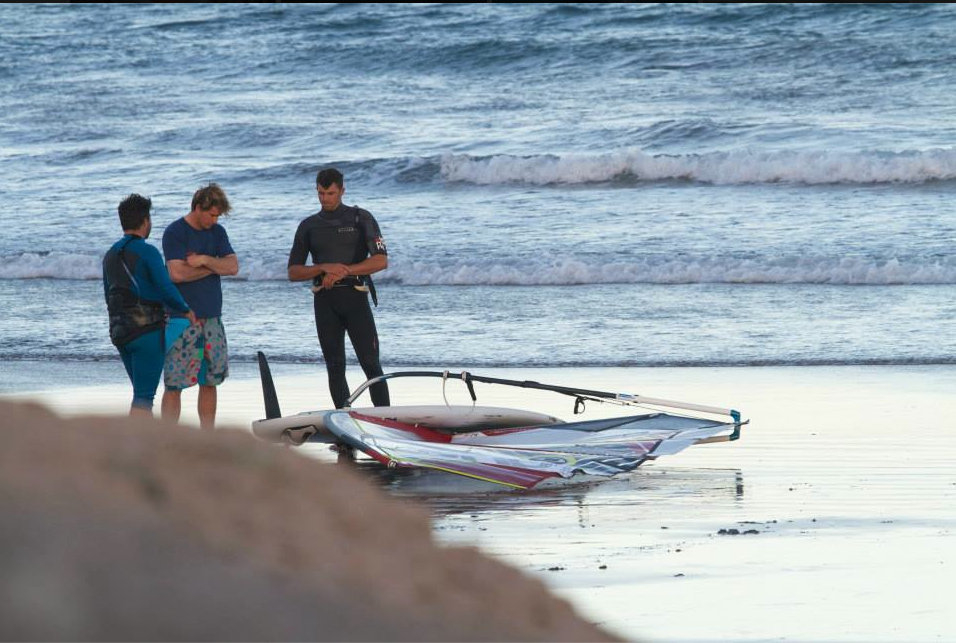 Over the last months Fanatic have slowly been teasing us with the release of their new 2015 range. However, before you go out and purchase your new weapon, you should check out our full run down of the range, plus we caught up with Fanatic International team rider Marco Lang for his input on the new shapes, sizes and models.

Outstanding light wind performance and accessible speed is generated by the precise mixture of scoop rocker line, rail shape and balanced volume distribution. A slight concave in the tail increases incredible acceleration output, while the double concave in the opening V towards the nose makes for the smoothest ride over the choppiest water. Strong, powerful rails towards the tail ensure this board soars upwind effortlessly, while the positioning of the mast base increases stability and smooth laminar airflow. Constructed with high end Biax Carbon Sandwich on both the top and bottom giving a super lightweight finish to this finely tuned racing machine.

The Fanatic Ray is the user-friendly speed demon suited to every windsurfer. 2015 sees some modifications to the range, enhancing this already phenomenal performer that is accessible to all intermediate riders alike.

The design emulates that of Fanatic’s race ready PWA Falcon Slalom shapes and the Freeride-friendly construction of Biax Glass Sandwich sees the Ray come in at a very affordable price. 2015 sees three new shapes, 99 l, 111 l and 138 l, as well as the highly successful 90 l, 120 l, 130 l, 152 l, carrying over unchanged. After an intense R&D effort Fanatic assure you, that their Falcon Slalom range has surpassed its design objectives of high top speeds, outstanding gybing performance and extreme acceleration, all of which guarantee Slalom wins. Designed to be unrivalled at speed Fanatic have spent countless hours refining this concept and testing.

The most noticeable difference in the new designs is a wider outline around the front footstraps. This added area enhances early planing and effortlessly supports the board on the plane through any lull. The cut out design has been revised in outline and depth, boosting acceleration, top speed and control. Board balance is then supported by the advanced volume flow. Cruising straight over the chop your stance will be steady and your speed up as you fly past the competition. Tuned bottom shapes have been altered to deliver top acceleration along with a solid and engaging sensation when gybing. Better proven rocker delivers the perfect blend of speed and control. The trim has been modified by revising the insert and fin positions, all of which enhance the Falcon Slalom’s overall engaging and outstanding performance.

Dirk Jan Knol and Patrick van Hoof wanted success at the Lüderitz speed contest and knew that in order to do so they needed to be well prepared. Fanatic, open to pushing the boundaries of the sport through innovation and design agreed to produce some custom prototypes.

Peter de Wit, co-designer of the Falcon 79, 51 and 45 was asked again by Sebastian Wenzel to join him in the creation of the custom designs for Lüderitz. In this project, we also included a new Speed 50 specific for competition use.

Having gained so much experience through our extensive R&D process for the Fanatic Falcon, we knew that we could take the current Speed and Slalom designs as a solid foundation and build on it. The Falcon Speed boards have an unprecedented balance across the bottom with a neutral Speed shape (slight Double Concaves up front and V release of the Tail). Inspired by the 51 Speed and the Falcon 89L Slalom, these two shapes are among the fastest and most efficient boards for lightning speeds. Deep recess induces a low pivot point on the board resulting in less force having to be counteracted by the rider, improving control in gusts and during acceleration. Rail shapes of this Speed board are relatively thick but not boxy. This gives maximum safety,control and improved upwind ability, as well as quick acceleration from these narrow shapes off the Start Line.

Soon we want to have the best boards on the market, and slowly we are getting close to it! Last year we already spent a lot of time working on the boards for 2014, and for 2015 we put in even more hours.

I was together with my team mate Matteo Iachino on tenerife during the winter months for training and testing. Our Product Manager, Dani Aeberli, later joined us
in February to hear our feedback and to continue developing and testing the new 2015 gear right on the beach.

Tenerife is known for really rough conditions, this makes it one of the perfect testing grounds to create good high wind boards. Whilst there we were focused on the new 99l and 111l boards. The 100l from 2014 already had really good properties, but we wanted to see if we could improve it further. The board has now got better acceleration and better control in the high wind and it works pretty good for sail sizes from 5.7 up to 7.8.

With the 110 we already posted some really good races during the 2014 season, so we knew it wouldn’t be any easy task to improve the board. In the end we decide to make it a little wider at the front footstraps for better upwind trim and better acceleration after the jibe. The Fanatic team riders are all comfortably using the board with 7.0, 7.8 and 8.6, so this is a board with a huge range!

For the new ‘big one’, the 138, we chose a different spot. Dani travelled to France to test with Pierre Mortefon at his homespot. They had perfect conditions for developing the new 138 and the outcome is fantastic. All though the changes from the 2014 140 are small the result is big. We fine tuned those tiny details that we had been thinking about on tour and now we turned a great board even greater.

Across most of the boards we widened the spacing at the front footstrap for better control upwind, this is important if somebody wants to try and sail over the top of you. With this change it means that despite this you can maintain even more speed to have the better fighting chance.

The whole Fanatic team have already had the chance to jump on each size and everybody is really stoked about the performance. Each of us is really motivated for the upcoming season!

What is really important with the Fanatic boards is to never use fins that are too big. The reason is because if the fin is too big the board is really sticky especially on the the big board.

With the footstraps I use the second hole from the back for more speed and control.