A full report from yet another firing Margaret River Wave Classic is just in, check out all the action and results below. The Final Trim Bobcats Margaret River Wave Classic for 2016 was once again a vintage event. A good forecast drew in a record number of sailors totaling 49 over the four divisions. There was a lot of local talent and some pretty strong international competition from the likes of Moritz Mauch, Birgit Rieger and Ben Proffitt, although Ben’s practically a WA local in the summer despite the fact he’s rarely made it down to Margs. Pre event favorite and last year’s winner Scott McKercher had a mission to make the event having landed on a flight from Thailand hours before the start and drove straight down from Perth airport. 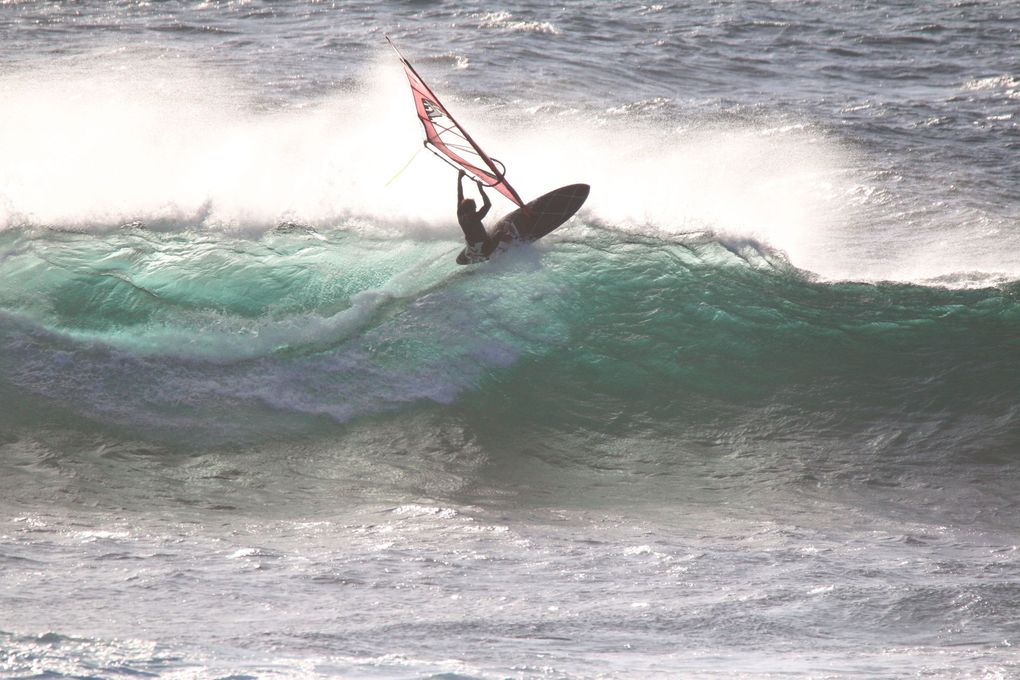 The organisers adopted a new format for the competition based on the dingle elimination system, now christened the dingo system for WA. The first round winners advance straight to round 3 and the losers battle it out in round 2 to advance to meet the round 1 winners in round 3. A bit complex at first but it seemed to work. With the flukey winds at the start of the day this format proved a good call with even some of the standout sailors having a hard time finding waves in the short heats. In the super offshore winds the Surf Lifesaving WA jet skis had a busy time rescuing people with broken gear and providing a taxi service for those that found themselves stuck offshore. As the day went on the wind and waves picked up and it became an aerial-fest. In the elite division two sailors stood out all day, local boy Ricky Vandertoorn and Perth based Ash Nicol. Between them they took down some pretty serious competition and met each other in the elite final. They both had a cracking heat in the final but Ricky managed to find the biggest sets and was unanimously given the 1st place with some super late hits and massive aerials on the biggest waves of the day. He also put on a pretty good show in the pub too! 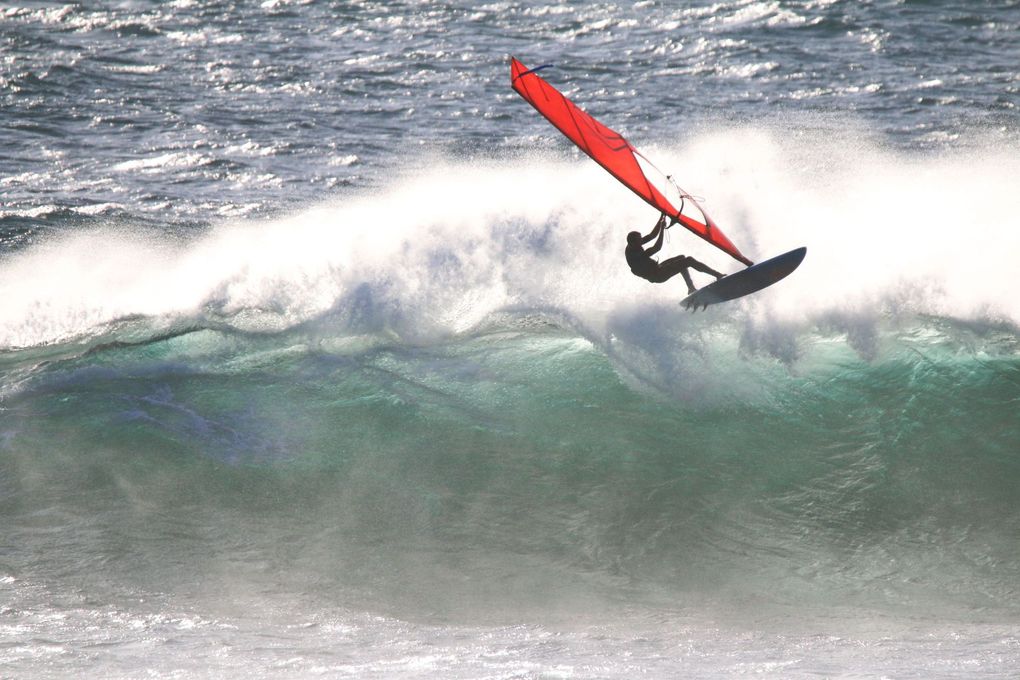 The womens division was another close affair, with the biggest fleet seen for a few years. Jane Seman held off strong local competition from Yukari Newman and had a really good battle in the final with Birgit Rieger who was over from Austria. Jane’s local knowledge and competition experience showed and she was able to hold off Birgit for the win. In the masters division last years winner Andrew ‘Langy’ Lang suffered a first round upset in the flukey winds and had to battle his way back through the losers round taking out some of the top seeds on his way to the final. He didn’t make any mistakes in the final and once again the King of the Point was king of the old guys at Margs! At the prize giving Langy gave a fitting tribute to local sailor Simon Burnell who sadly passed away last year on one of the biggest days at Margs. Other notable performances were Ben Proffitt’s lengthy recovery from a massive wipe out which drew one of the biggest cheers from the beach. Also 15 year old Kai Dunn, who was the youngest sailor on the water by some margin put in a good showing and should be a name to watch out for in future years.

Images and text by Rebecca Cutter 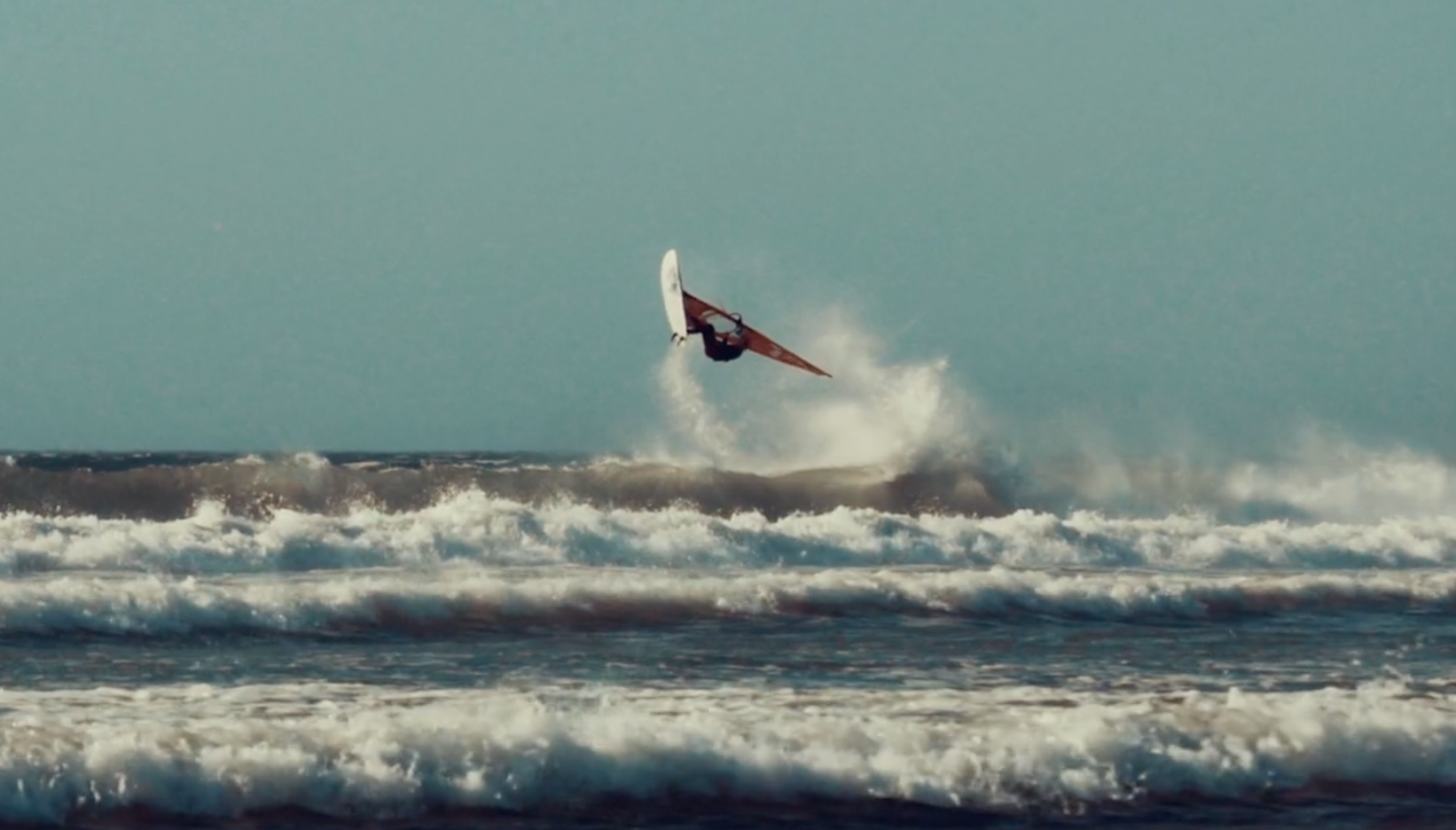 Just the other day we were chatting to freestyle World Champion Dieter Van Der Eyken about his short visit to Cape Town he did this... Another clip from the slightly mental Balz Müller has cropped up online. From a session in Sunset, Cape Town, just a few days ago, Müller... In a late move Lena Erdil has left Patrik Diethelm and signed up to Starboard for the coming season. It’s been a busy year for...

Just the other day we were chatting to freestyle World Champion Dieter Van Der Eyken about his short visit to Cape Town he did this...

Another clip from the slightly mental Balz Müller has cropped up online. From a session in Sunset, Cape Town, just a few days ago, Müller...

In a late move Lena Erdil has left Patrik Diethelm and signed up to Starboard for the coming season. It’s been a busy year for... Italian rapper and freestyle windsurfer Mattia Pedrani has released this fresh new clip from his time on Maui. The guy is ripping despite not really...

A Very Close Call In Tenerife

Tenerife is certainly providing the goods at the moment. With a selection of the top PWA slalom riders in town it makes for great training...

A Very Close Call In Tenerife