With our in depth coverage of the Dunkerbeck GPS Speed Challenge almost concluded we thought we would catch up on the first two stops of the AWT and see how the big dogs are getting on.

Despite a teasing forecast light winds saw very little action at the opening event of the 2014 season. Whilst some of the pros hit the road and found a spot that was just about working, others used the time to take part in the SUP competition and catch up with friends.

We spoke with Marcilio Browne mid-week and he told us that “the event has been slow so far, we haven’t had any wind so couldn’t start. We have been having a great time anyway; mountain biking, surfing, hanging out with friends. It’s always nice to be here.

Boardseeker: Who do you think are the front runners for these two events? “I think a lot of people could win, but for me on top of the list are : Levi, KP, Bernd, Graham, Francisco, Josh Stone, Morgan…” Plenty of coverage from this event appeared on our sister site – www.boards.co.uk 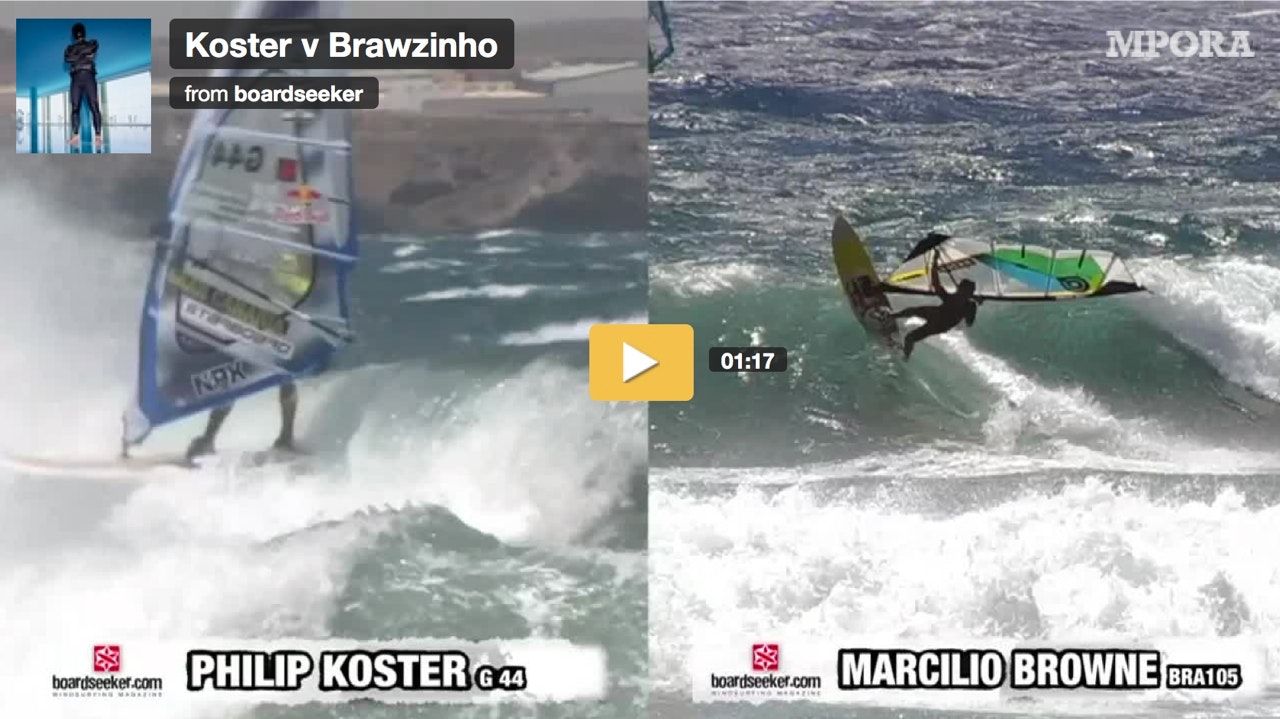 To spice things up a little further we decided to compare two of our hottest title contenders for the first PWA wave event of the... If you missed part 1 already then you really need to check it out below. For part 2, head on over to the next page... Robby Swift and Marcilio ‘Brawzinho’ Browne feature in this epic Chile cut. Produced by Robby it sees two of the most exciting windsurfers in the... Here on Boardseeker we recently caught up with two people who decided at one point or another to do more than just the usual day... The 2014 PWA Wave World Tour is set to go in just a few weeks. Pozo is confirmed and many of the best guys in...