The AWT in Baja is in full swing, with the best US riders joined by some international friends for another battle. Tanya Saleh from the UK reports from the action so far… 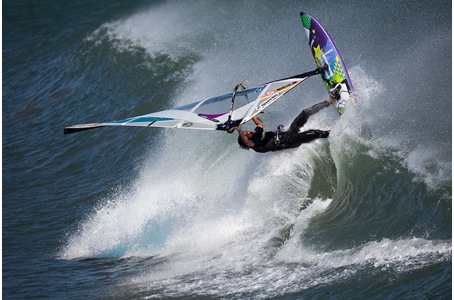 Day 1 (Sunday) of the contest consisted of small ish waves, and with a pretty impressive forecast coming (3-5 ft at 18 seconds) the decision was to wait another day prior to start running heats.

On Monday however, we awoke to a head high plus wave peeling off the point. The brackets were drawn and the 2013 Desert Showdown kicked off at 1.30pm with the Amateur fleet. Heats were 16 minutes with a 2 minute transition and 2 waves to count. Head judge, Keith Teboul, reminded everyone that being patient and waiting for a good size wave was key to racking up the points.

For those who haven’t been to Punta San Carlos the waves come in and hit the point straight on. To get the best first couple of turns you have to stay in the pocket which means right in front of the rocks so little room for error. Then to make the next section in the chilli bowl you have to haul ass down the line to the next more punchy section of the wave. Getting stuck on this inside of the Chilli bowl with little wind and some pretty aggressive white water can sometimes take a while to get out of!

With 24 amateurs and this being the biggest fleet it was decided to start with them, round 1 amateurs followed by round 1 of the masters, a youth round, and round 2 of amateurs. The format follows the ASP and encourages you to go for it in your first heat. The winner skips to round 3, but everyone else in the heat gets a second chance in round 2.

Everyone did so well getting to grips with sailing at the point; the winners of each heat were consistently those who picked out the biggest waves and had multiple radical turns using as much of the wave as possible.

The rocks claimed a few bumps and bruises, King of the Rock for Monday was crowned as Marty which resulted in stitches back at camp (courtesy of Dr (Mr)Stokes and Dr (Mrs) Stokes). Alex McKirgan fellow Brit is in the line up all the way from Chichester and the youngest competitor at 15 years old. Competing in the Amateurs and Youth he did great in his first Am heat coming 2nd and picking out some great waves. Unfortunately in round 2 the sets were less frequent and he did not manage to be in the right place at the right time for 2 scoring waves. He will get to sail a couple more times in the youth and Alex is definitely a face to watch for in the future…. especially with a dedicated Dad who brings him to windsurf in places like Baja!

After completing round 2 of the amateurs, 24 have been culled to 16 consisting mostly of the usual AWT culprits. New standout sailor for this year is Marc Bitoun from Santa Cruz who has been killing it with attempted wave 360s, goiters, and multiple aerials on each wave. 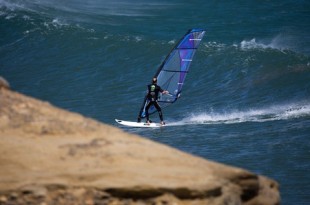 Tom Soltysiak from Canada claims it’s his first time wave riding but looks like he’s been doing it for years so he also cruised straight to round 3. There is a strong Canadian contingent with Tony Litke also having had a great day and competing in the AWT for the first year. Steve Roy from San Diego was a standout sailor for the day alongside Miss Wylde and father Macrae. I also decided to compete in the Amateurs and after a very sketchy first heat managed to pull it back in round 2 to stay in for round 3. Phew!

In the Masters Steve Roy, Norm Roediger, MacRae and Italian Maui resident Ferdinando won their heats (and skip to round 3) whilst everyone else will battle it out to join them during round 2. Ferdinando rocked up a few minutes late for his heat in true Italian style, sailed right out and still won his heat!

For Day 3 we have awoken to head to logo high, glassy sets peeling in at the point; similar to yesterday but looking far more consistent. With lots more brackets to begin and finish including the pro men and women’s it should be a jam packed day once the wind picks up. 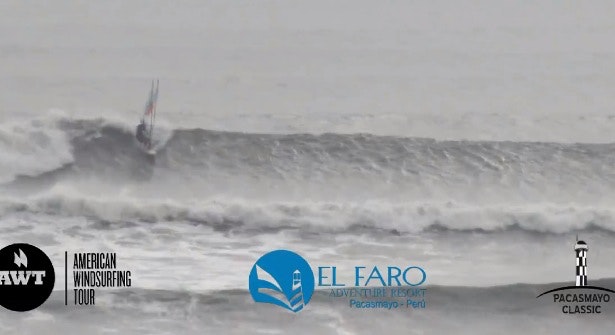 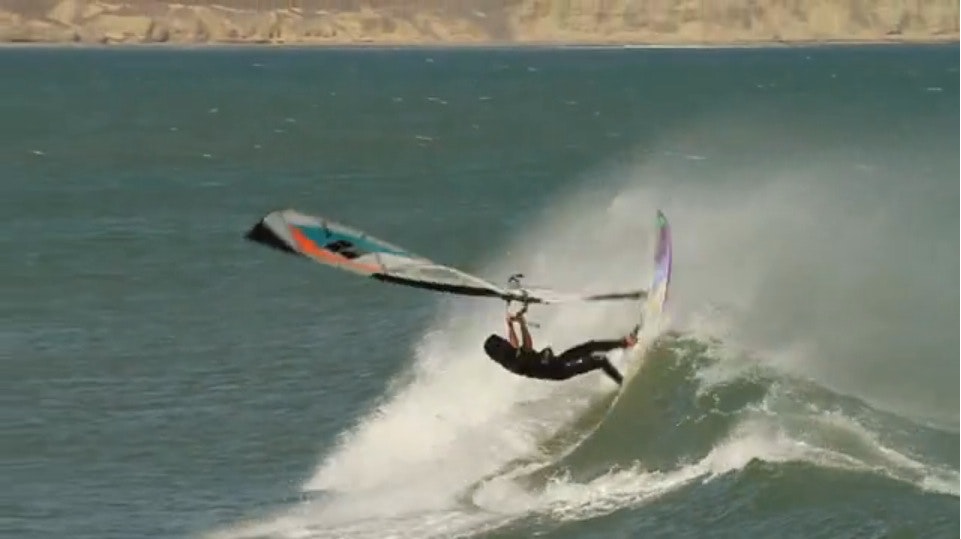 The video from the AWT showdown, and what more can we say than WOW…you’ll have to watch for yourselves to understand why. “I would like to...