So I got 4th in the single, conditions where strong with everyone on their smallest sails, including myself on 3.3. The biggest surprise was Wout Burman losing in the second round. In the third round the wind dropped a little bit making me switch up to 3.6 just in time for my heat against Fabric de Vos. The sail size was a good move and helped me pass after my best heat in the single. Not long after the wind dropped more and jumping got even harder. With two jumps and just one wave counting I lost on a close call, even after landing a backside 360 on one wave and a perfect taka on the other wave but with just one wave to count I lost on my jump against Thomas Beullens, the underdog, who took the the victory in the end in front of Olivier Pas after he won in a close heat against Nick De Wannemaeker. Nick was on fire with nice stalled forwards and big back loops to end up in third place. With the double already in progress results might change by sunset the goal is to finish the double with heats going back to back. More updates soon! Thanks to the two photographers on the beach we have an excellent highlights gallery for you, and let’s face it, nothing beats epic windsurfing photos.... 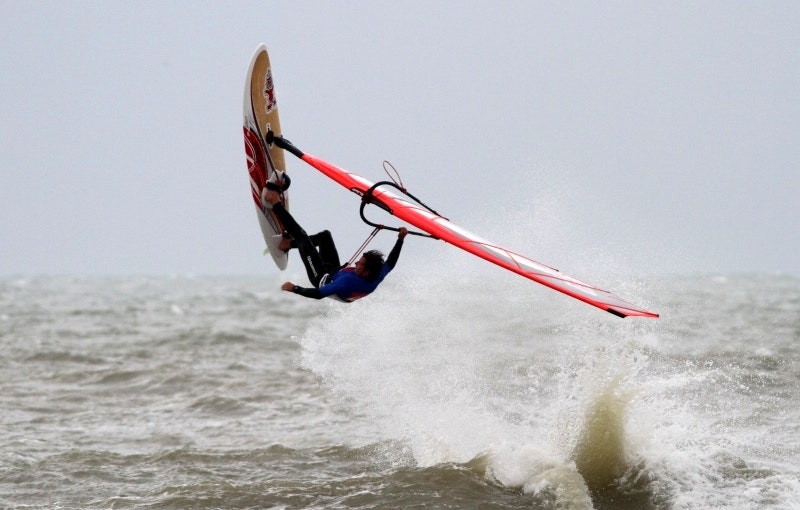 We caught up with Dieter van der Eyken, who won the first event of last years Belgian Wave Championships. Kicking off tomorrow with an all...