With the recent announcement of the 2014 PWA calendar, the EFPT have now followed suit, releasing their calendar of events for the year ahead.

More from the EFPT below:

New spots, more prize money and a return to the home of the European Freestyle Pro Tour – Austria.

Due to negotiations with organisers the finalisation of the 2014 EFPT tour plan took a little longer this year. Yet good things come to those who wait, with this in mind, we’d like to lead you through the exciting upcoming season.

After hosting the Chiemsee European Tow-In Championship for two years in a row now the organiser of the Surf Worldcup in Podersdorf, Austria decided to bring back the EFPT freestyle discipline to where the tour has been originally founded more than 10 years ago. With the Surf Worldcup being an event that has been constantly growing and growing since it was first held 16 years ago, the organization always stayed true to freestyle windsurfing, yet the sport seemed to run a bit in the background in previous years. This shall all change. This time the riders will be even more in the focus of public and media attention. There will be windsurfing test-areas at the beach, where everybody can try out the latest equipment and a much greater connection between the audience and the sailors will be noticeable.

There will be a total of 26.000€ prizemoney: 5.000€ for tow-in, 10.000€ for a high class EFPT freestyle contest and another 10.000€ that will be distributed amongst the top 4. On top of this we’ll see a best trick competition with the best move being honored with 1.000€ of prize money. This should encourage the riders to go bigger, higher and show what they have been training through the winter period. Furthermore eight former European Freestyle Pro Tour competitors will be invited to compete against the ‘new generation’ in the ‘Royal Captains Contest’. We are looking forward to the biggest event the EFPT has ever seen and a venue where freestyle windsurfing and all the riders will be in the spotlight.

In May we are looking out to see a comeback of the high graded Aqualeto Cup in Eysk, Russia. Last year the riders were competing for a total of 10.000€ prize money in front of the Aqualeto Sports Hotel. The crew-members were welcomed as friends and the riders were treated like big stars. We are looking forward to see the huge amount of passionate people behind the scenes again and can’t wait to return to the shores of the sea of Asov.

Competing on the EFPT for many years and even being European champion in 2008, Antxon Otaegui ended his professional career in 2011 due to several injuries that he couldn’t quite overcome to be a 100% fit again. In 2013 Antxon, who also grew up in Lanzarote, opened the ‘Pro Center Antxon Otaegui’ at the Costa Teguise, a famous windsurfing venue. Again he managed to make this sport a profession and now wants to give others the chance to either make their first steps into the competition scene or even fight for the European title at his home spot. The EFPT Lanzarote contest will take place two weeks before the PWA event in Fuerteventura and will certainly see a high involvement of top sailors and talented rookies as the Canaries seem to be the place to train freestyle windsurfing throughout the summer months.

Once again we will see the final of the European Tour being staged in Six Fours les Plages, where Fred Bosson, event organizer and father of EFPT competitor Adrien Bosson (North/Fanatic), has been growing his European Freestyle Expression year by year. We have a confirmation of 5.000€ prizemoney, yet the possibility to upgrade it to 10.000€ still remains.

There will be more detailed news about the upcoming tour-stops within the next weeks.

Thank you for following and bring on 2014! Over the weekend Boardseeker reported the potential cancellation of the PWA in El Yaque, Margarita. Now the PWA have released the following information, stating that... 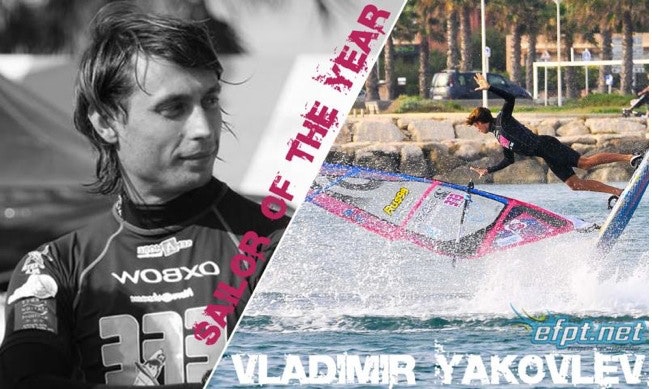 The EFPT (European Freestyle Professional Tour) announce their 2013 sailor and rookie of the year, these two are both names to watch out for in...