In a spectacular final where huge power moves were the order of the day it was to be the 2015 PWA Freestyle World Champion, Dieter Van Der Eyken, who pipped all to the podium. Scoring an incredible perfect 60 van Der Eyken flew through a faultless skopu into funnel to jump ahead of Adam Sims and Antoine Albert in the dying rounds. 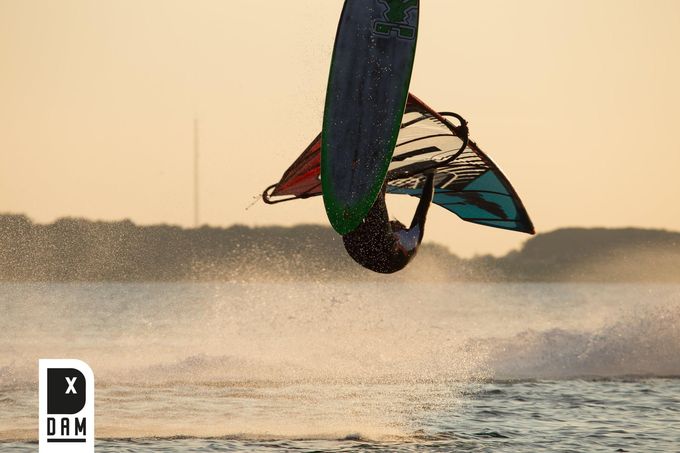 In a competition where the level was dubbed to be “the highest we have ever seen in a flat water competition” by head judge Tom Hartmann, we saw double and triple moves like they were child’s play. Air funnel into burners were out and skopus, double culos and more were in. It was Albert who launched to the top of the fleet after the first run, with a clean skopu, then things shifted a bit as Sims executed his comeback with a double culo to take the lead after the second round but it was to be the freestyle world champion who would stop all in their tracks. Coming in at full chat, VD Eyken exploded into a huge skopu, landing with absolute perfection he then popped into a clean funnel and sailed calmly back into the beach. A move that added another competition win to his name and saw him earn a decent wad of prize money.

More soon with the official event video dropping in the morning… After 5 full events with enough wind to provide suitable competition conditions at each event it is Amado Vrieswijk who is crowned as the new... It seems the day for epic windsurfing videos as we see Robby Swift drop an awesome edit and now Starboard have released their flagship product... The highlights from the final day, where wind filled the course area and competition could get underway, are live. With all to play for the...