There\’s even been the welcome sight of Andre Paskowski getting out on the water at Garda, where he was filming another segment of his next movie project, Minds Wide Open… And today\’s first slice of action is the latest trailer for the imminent sequel to Four Dimensions – more at mindswideopenmovie.com

Another member of the Minds Wide Open team, Brawzinho has been at home in Brazil – he lives just a couple of hours away from the burgeoning windsurf resort of Icaraizinho de Amontada, where he filmed his latest clip alongside Levi Lenz … in fact, if you want to meet Marcilio in person, he\’ll be at this weekend\’s National Windsurfing Festival. If you haven\’t already, you\’d better get your entry in sharpish though, as registration closes tomorrow at nationalwindsurfingfestival.com

Let\’s get back to events again, because it might be the last day of summer but the season\’s not over quite yet for Europe\’s Formula sailors as the Youths & Masters Championships is currently taking place in Skive, Denmark. After four rounds on a windy day one, Brian Røgild from Denmark is currently first master tied on points with Italy\’s Andrea Cuccli and one ahead of Adri Keet, while young Danish up-and-comer Sebastian Kornum has posted four bullets to rule the youths. The top placed of Britain\’s three masters is currently David Coles in 11th. Keep up with today\’s racing at formulawindsurfing.org

And finally, while the wind is usually our very bestest friend, there comes a time when it does get a bit out of hand. Like out on the east coast of the USA, where the next American Windsurfing Tour stage planned for 14 September is currently on hold in the aftermath of Tropical Storm Irene. With the access road in pieces right now, the decision of whether to cancel is due by the end of this week at americanwindsurfingtour.com 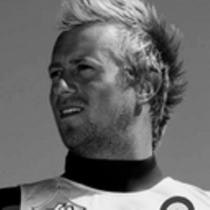