Good morning and welcome to the AM update.

We start off with some footage of Turkish slalom sailor Enes Yilzamer that made it onto a news channel in Texas. The racer is currently studying at Corpus Christi and THIS REPORT made it onto the local news channel showing how hard it can be to juggle windsurfing and studying. Always good to see the sport getting some wider coverage…

Over on Maui and the Ezzy\’s are at it again. Legendary sail designer David Ezzy was captured by Kevin Pritchard as he goes through the daily effort of perfecting the next series of prototypes. Check the pictures HERE. Meanwhile, the next generation of Ezzy\’s, Graham, has been spotted testing out a 3-batten wave sail at Ho\’okipa by photography guru Jimmie Hepp. The lack of battens doesn\’t seem to be holding Graham back as he launches into some nice aerials and takas – is this the future of sail design? You can see more from Jimmie on his Facebook page HERE.

Next up is Italian freestyle/wave sailor Mattia Pedrani scoring some wave conditions in the first episode of his \’Mediterranean Diet\’ series. A short clip and not the biggest waves in the world but still a good watch!

Out in Brazil, Goya rider Leon Belanger is blogging about some wave sessions he scored in December – check out the photos and full report HERE.

Windsurf holiday specialists Club Vass are reporting that their Pro Coach Colin \’Whippy\’ Dixon has cleaned up in Egypt and taken the top spot in the Dahab Slalom Week. With a great forecast on the way for Dahab and the opportunity to get some top coaching, why not bag a last minute deal on their website?

Last but not least is an epic crash from Ricardo Campello. Filmed at Ho\’okipa and uploaded to Facebook, check out Ricardo as he goes down in a big way!! Video HERE.

Check back later for the PM update…

PM Update - Windswept, Dario Ojeda and something crazy from Gollito...

PM Update - Windswept, Dario Ojeda and something crazy from Gollito... 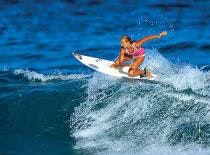