Today\’s news kicks off with a quick report from the RS:X World Championships in Cadiz. It\’s all change at the top of the leaderboard as Day 5 saw solid 25 knot winds continue to push the fleets to their limits. Dutch sailor Dorian van Rijsselberge dropped from first to fourth, while Julien Bontemps from France climbed into pole position. The UK\’s Olympic hope Nick Dempsey posted a bullet, a second and a third, putting him in second place by just two points. With the wind already building in Spain this morning, follow the action on the offical website by clicking HERE. 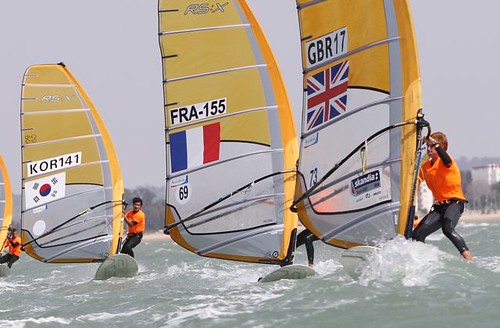 Out on Maui and Globalshots have shared the second album from their trip to the Hawaiian island. Head HERE to check out an album full of action, starring the world\’s best windsurfers as they descend on Maui\’s North Shore for photoshoot season. Here is an awesome shot of world champion Philip Koster launching into a 360. Looks like Koster is putting in the work on starboard tack – will we see a PWA event with these conditions soon?

Sam Neal, one of Britain\’s top wave sailors has been spotted out in Tenerife at the OTC. “The forecast looks amazing, just booked a last minute flight!” Sam will be out training and preparing for the first BWA event of the year at Rhosneigr on May 11th. Keep an eye on Sam\’s blog for more photos and reports from El Medano…

Polish racer and Loft/Patrik rider Maciek Rutkowksi has spent the winter in South Africa, enjoying some awesome conditions and preparing for the coming competition season. On the 30th March, in Warsaw, Maciek will be premiering his latest movie from Cape Town, entitled \’Polish South Africa: Vengeance.\’ The preview clip is below. It looks set to be an awesome feature, with great action and some slick editing. We can\’t wait to see it – least not to find out what\’s happening at 0:49!!

Club Vass are happy to announce that this year in Vassiliki they will have eight qualified Advanced instructors. Does this make them the most qualified team in the world? Or simply the most fun to be around? Answer for yourself on their Facebook page and check out the website for more details about holidays to Greece.

The Quiksilver Windsurf School from Slovenia have just finished up their first coaching camp of the year out in El Tur, Egypt. The students were blessed with wind all week long and the team have released this video of some fun racing. The next stop for the Team is Tenerife, head to their website for more details.

One more video to wrap up the AM update. Antoine Albeau, Julien Quentel and Fred Morin took a trip to Tahiti to check out the windsurfing scene there. Enjoy a nice edit of some stunning scenery, dolphins, windsurf and SUP action from the crew.

AM Update - Latest from the PWA, Youp Schmit in Bonaire, Max Rowe Coaching, Howling Pozo, Freestyle Pro, Traversa in training and much more...

AM Update - Latest from the PWA, Youp Schmit in Bonaire, Max Rowe Coaching, Howling Pozo, Freestyle Pro, Traversa in training and much more...

AM Update - PWA Italy latest, Muzza on Maui, Kevin Pritchard in Texas, 80 Days in the Desert and more...

PM Update - Adrian Beholz in Bonaire and Sean O\'Brien from a different perspective....