The North Sardinia Wave Contest, the second stage of the Italian wave performance championship that was held in Sardinia, in the waters of Cala Pischina (Community of Aglientu) during Thursday 15th and Friday 16th of October. 16 of the best athletes from all over Italy participated in the contest. 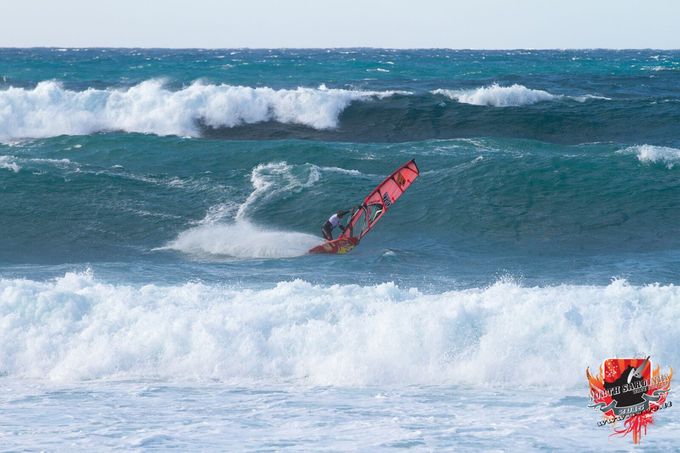 Race director, Matteo Righetti, assisted by federal judges Piana, Cozza and Virdis, started the race after the skipper meeting a few minutes past 12:00pm. For seven straight hours, the athletes battled during the single elimination stage with perfect weather conditions and waves over 3m and +25kts of westerly wind. During the warm up, the Oristanese rider Matteo Spanu suffered an unfortunate injury while landing a jump and was forced to leave the competition early. From the first heat, the ‘Old Guard’, composed of the most experienced athletes, were able to dominate the talented younger riders, including the Freestyle Italian Champion Jacopo Testa. Rising to the top of the standings to reach the quarterfinals were Fabio Calò, currently in first place, Gianmario Pischedda, a Cala Pischina local and event organizer in second place, Andrea Rosati from Rome in third place, and Olbiese Giacomo Barbieri in fourth place. As the weather conditions continued to be favourable, the losers finals and other small final rounds were held until 19:00. With smaller waves and lighter winds the following day the riders were forced to show a huge variation in skills, resulting in many changes up and down the leaderboard throughout the day. After two days of competition the final standings were as follows: Its important to note that the entire event was broadcasted live, giving the opportunity to many passionate Italian windsurfers to follow the competition. The organisers would like to thank the Federazione Italiana Vela FIV and the Associazione Italiana Classi Windsurf AICW. We would also like to thank the technical sponsors: 99 boards, ZZ SURF, AL360, ITALICA, 4 WINDSURF, and the extra technical sponsors: NIEDDU TRASPORTI, WEBER ITALIA, HOTEL MARE BLU PITTULOGNU, PIZZERIA I PORTICO OLBIA, for making this event possible. Additional photos and video can be found on the website http://www.nswc.it. NORTH SARDINIA WAVE CONTEST 2015 – WINDSURF WAVE NATIONAL CHAMPIONSHIP
North Sardinia Wave Contest is one of the most prominent events on the Italian windsurfing calendar. This event, now in its 3th season, is organized by the Yacht Club Olbia and local Gianmario Pischedda (nickname Jamiro), and is a featured stage on the Wave Italian championship circuit.
For 2015 it will be held in Cala Pischina, in the community of Aglientu: a breathtaking Summer destination and perfect setting for the event. The strong NW wind (Mistral) from the Strait of Bonifacio will provide non-stop action and andrenaline for the athletes. Surfers who will accept this challenge will be greeted with high waves and extreme conditions. 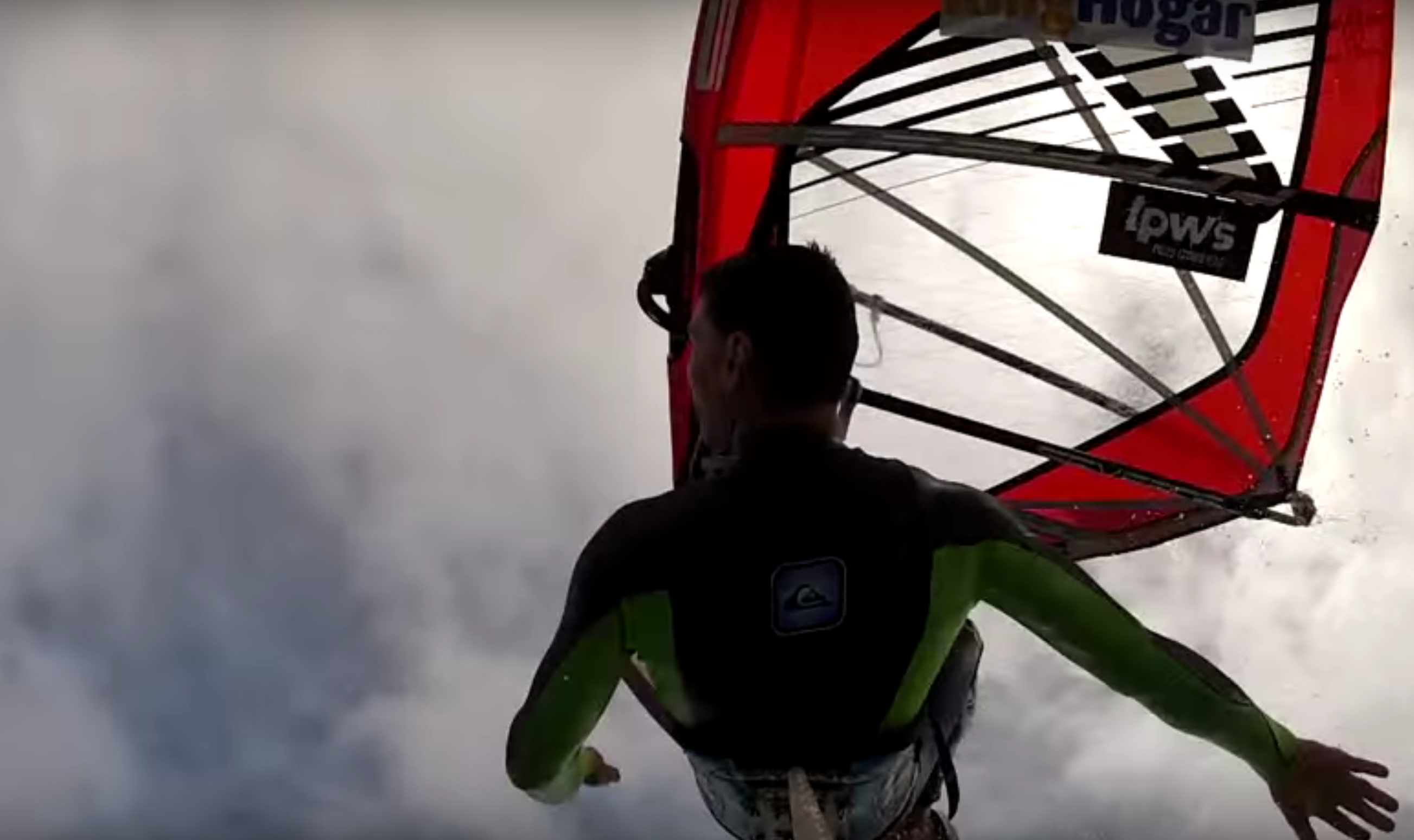 Eleazar Alonso has published this video using just a backy mount. Capturing all his moves he flies high during a session at his home spot... Swedish wave sailor Fredrik Plantin kicks of the WA season in style. Warm waters and perfect waves is what draws many to WA for the...

Eleazar Alonso has published this video using just a backy mount. Capturing all his moves he flies high during a session at his home spot...

Swedish wave sailor Fredrik Plantin kicks of the WA season in style. Warm waters and perfect waves is what draws many to WA for the... Anyone who has ever travelled to Jericoacoara in Brazil will have seen one person flying higher than them all. Backloops that seem totally gravity defying... 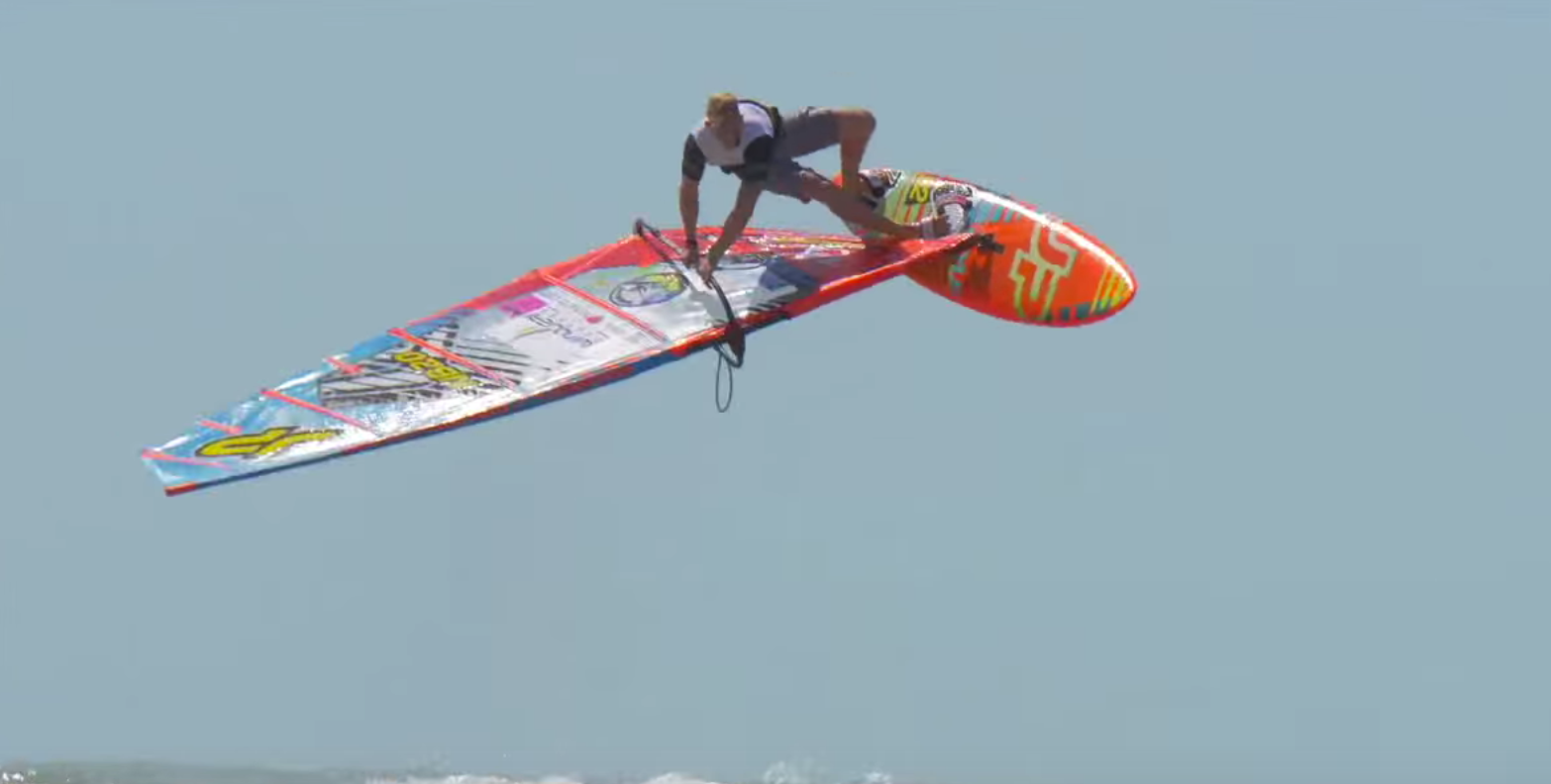 There are some super high level moves in this latest video edit from Valentin Boeckler’s On The Road Vlog. It’s been very much asked for...