A new video has dropped from one of the most popular destinations during the harsh European winter months. The video titled ‘Leave’ features many of the top pros doing their thing during the ‘time-off’ and was produced by Reka Müller & Jens Meurer.

With a nice soundtrack and some great shots of the incredible magic hour that Cape Town offers on a daily basis, the two who were there not only made a lot of new friends but also helped in a charitable organisation called AMANDLA “that is aimed at tackling social inequality through the innovative fusion of education and football in the townships Khayelitsha & Gugulethu/Manenberg. Hence the scenes from the football pitch being built and the night league tournament“. A new video has dropped from one of the most popular destinations during the harsh European winter months. The video titled ‘Leave’ features many of... Possibly one of the most stunning videos we’ve seen from Mauritius so far. Featuring Olya Raskina and Yegor Popretinskiy and produced by Kirill Umrikhin (who... Russian freestyler Vladimir Yakovlev has just released this video from his tow-in highlights of 2014. Unfortunately for Valdimir he rarely got the chance to compete... 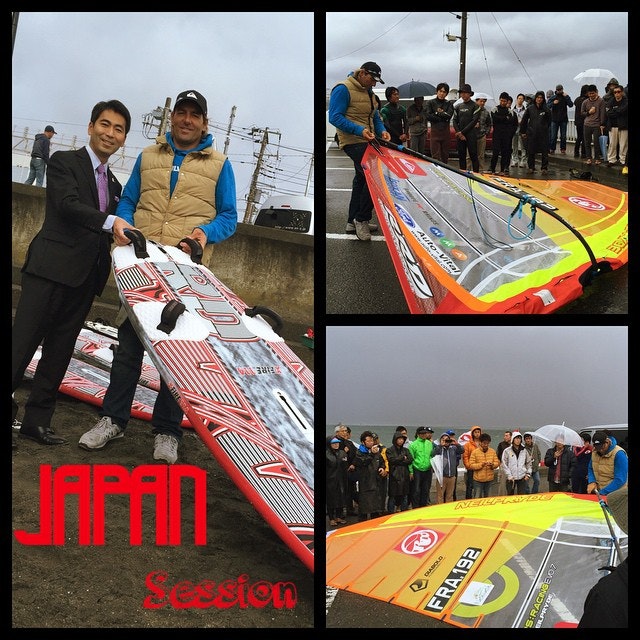 Antoine Albeau spent a celebratory week in Japan after winning his 22nd world title. We caught up with him for an interview on his year,... Antoine Albeau - Are You Also Retiring?

With one of the most exciting finals in slalom history, 2014 has certainly been the year to keep track of the professional windsurfing slalom scene...

Antoine Albeau - Are You Also Retiring?