We are here behind the scenes with a few updates. We’ve already passed through a few heats. Read on for updates live from the beach as we go mobile.

First we spoke to Balz Müller and Adam Gavriel who perhaps caused the biggest upsets by knocking out Youp Schmit and Phil Soltysiak respectively.

“Yeah my heat was a bit light but it was feeling good, I beat Phil, he’s good and beat me twice already I think. That’s not it though I’m just super happy. Now I’m against Balz, actually he’s a good friend and I’m happy for both of us to make it to this point. And yeah it’s Balz, he’s a bit crazy so I will go a bit crazy too. I will take my 93 and my 4.8, it’s gusty so I hope we get some good power in this one” – Adam Gavriel

“I’m stoked because my first my move was a Pasko and I didn’t actually want to do a Pasko, so I’m quite stoked. And a backloop… Haha! There was no wind on the inside but I missed some moves coming in so I’m feeling lucky. Sailing against Adam, he’s a bit unpredictable but if I look at the other heats then this one will be close between us, so I will push it. I want to do clew first air chachoo, I call it the chewbacca” – Balz Müller. After an incredible day of freestyle windsurfing the final winners have been announced here in Fuerteventura. Today’s action saw huge moves from all the top guys... 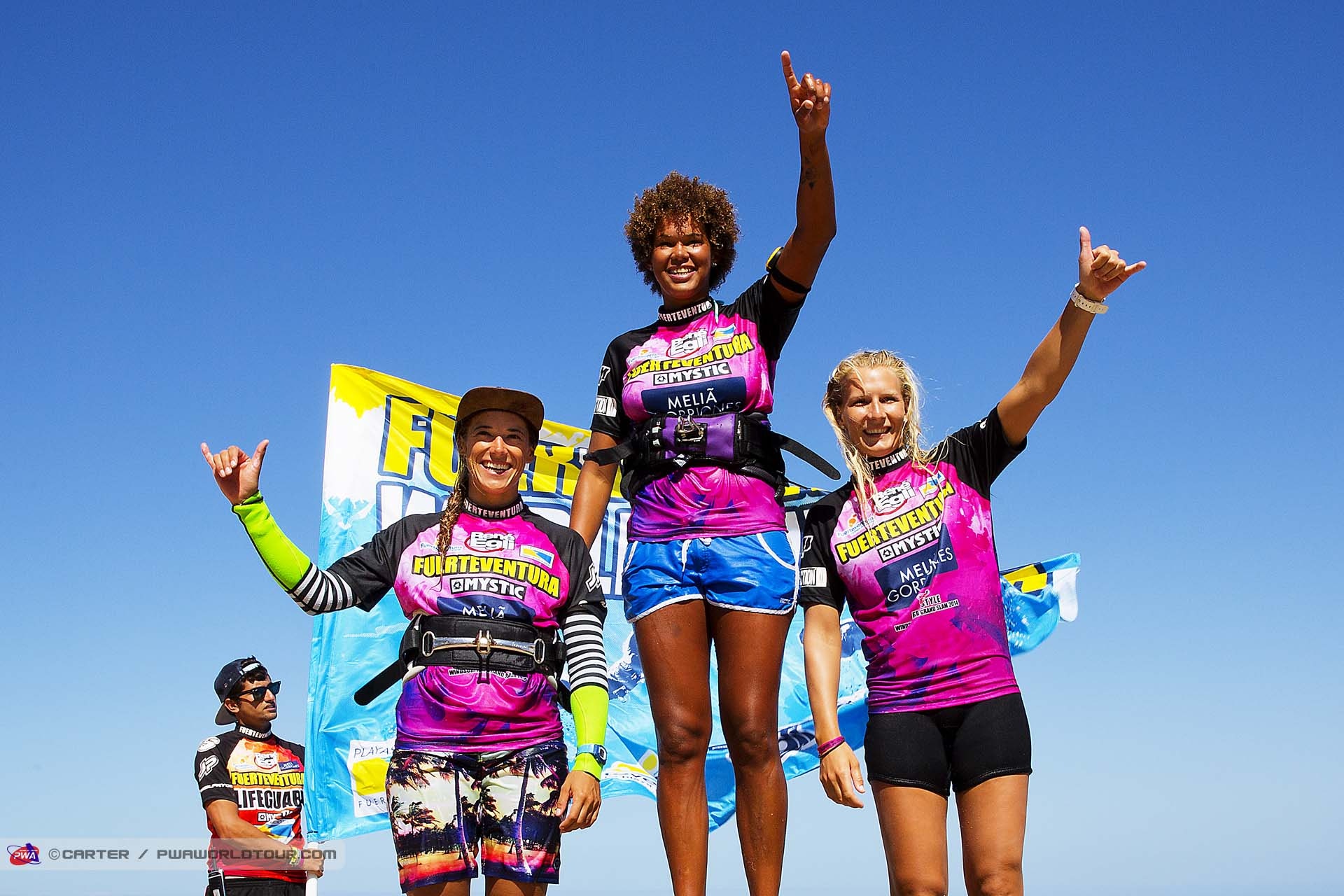 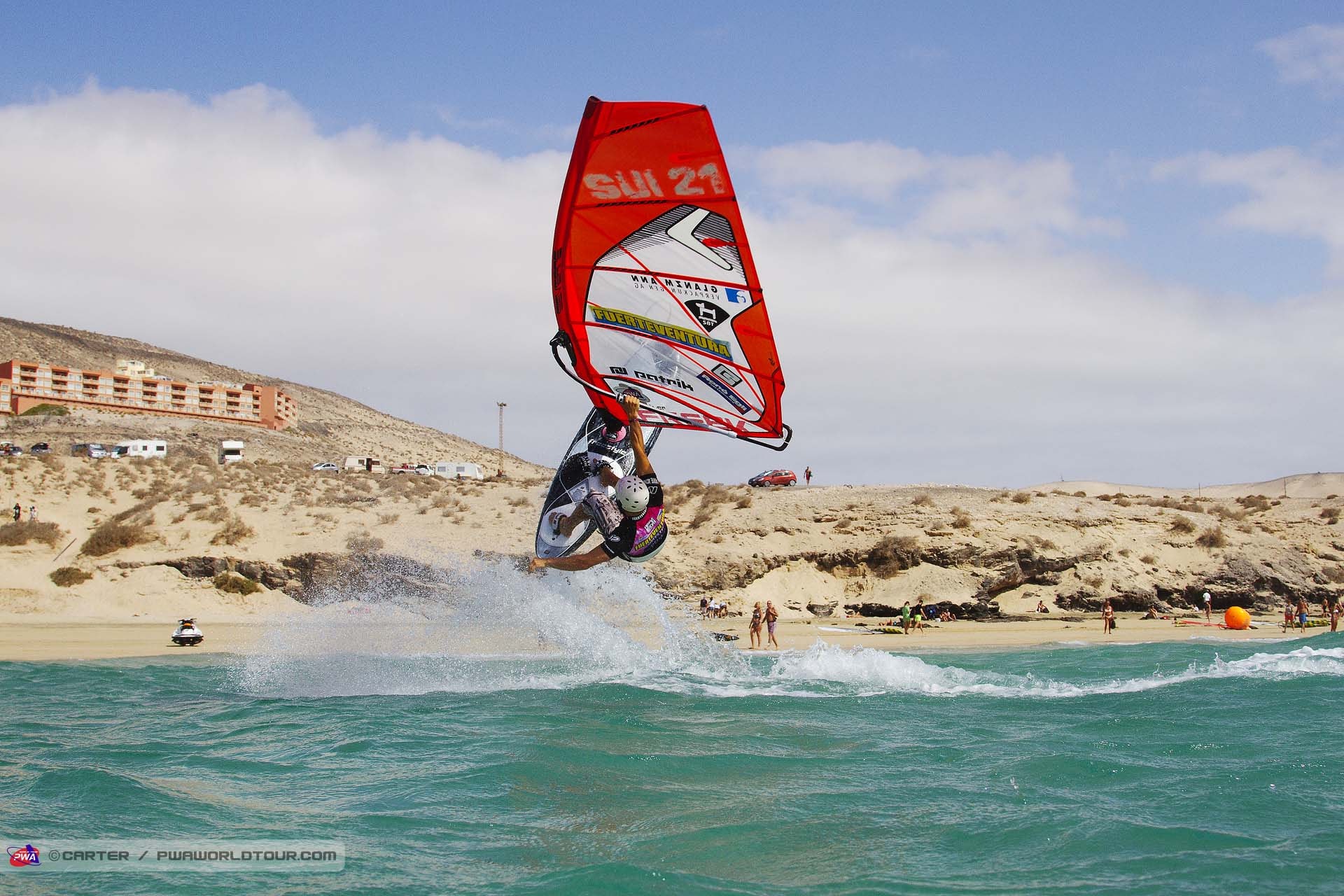