In an action packed high octane three days we have had some of the best competition in freestyle windsurfing to date. What is more there has been a real mix up in the ranks as we see some fresh faces in the podium positions.

The first to cause an upset was an on form Antony Ruenes, who charged hard to take second place in the first single elimination. Huge paskos, shakas and no handed burners, that have style all day long, were regular moves in his heats and drew huge cheers from the packed out beach. Totally owning it he showed a level of skill and style that was almost unrivalled until he met his match, Kiri Thode. 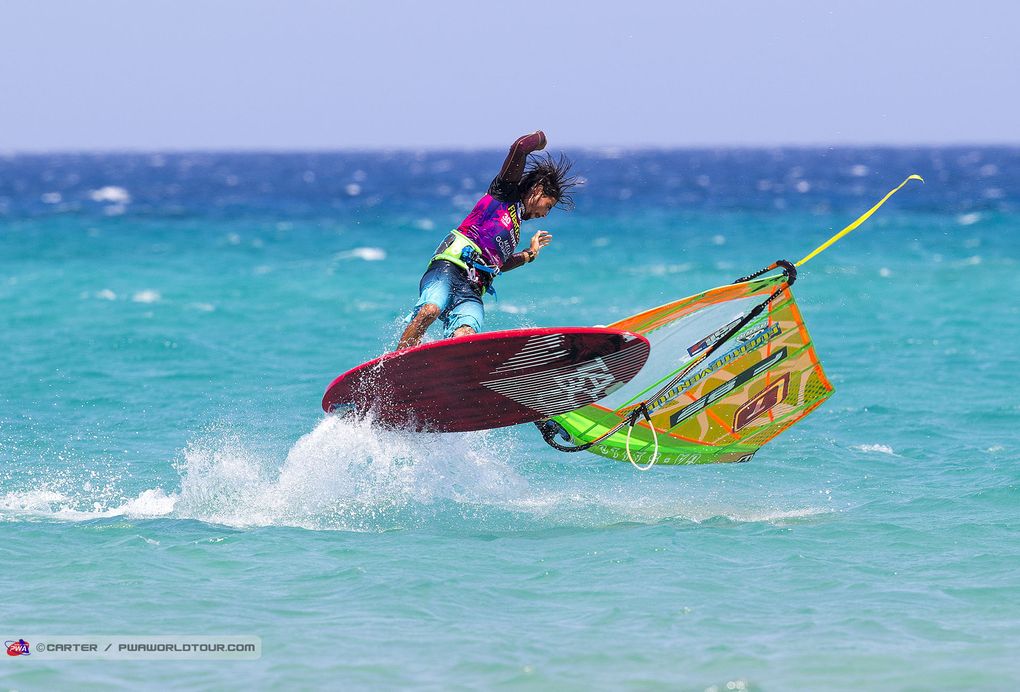 Another man to make the podium was fellow frenchmen Nico Akgazciyan who stuck a totally next level shifty, perhaps the move of the event so far. He stormed through the first single dispatching of the likes of Saragoza and the shifty inventor himeslf, Balz Müller. Again it was Kiri Thode who put a stop in his tracks and didn’t allow the chance to face an all French final. Next to make his mark was Dieter van Der Eyken who stormed through the first double elimination taking out one high profile opponent after another to end up in second place. It was to be his heat against Antony Ruenes that left a mark in everyone’s minds as he topped the leading heat of the event, previously held by Gollito with 57 points out of a possible 60, to be just 1.5 points off the perfect 60 score. Impressive to say the least, Dieter showed a level that left his last opponent nervous on the beach before the final heat, Kiri Thode. Unfortunately the road ended here for Dieter, who nonetheless was totally stoked at his achievement. The final efforts came from an on form Amado Vrieswijk, who not only took the second single elimination victory but actually had to heats cancelled on him mid-way through due to judging errors. Nonetheless, and perhaps a little frustrated, he took it in his stride and used the adrenalin to drive him to the top. Air kabikuchis and paskos were witnessed in almost every heat, leaving a small trail of destruction and some big names for others to face a little earlier than they were hoping in the double elimination. Amongst the ladies it is no surprise to see Sarah-Quita Offringa on top as she continues to dominate the discipline. Having not lost a single heat in freestyle for over 6 years it is easy to become complacent and to expect her to win once again, however the level of the following 3/4 girls is getting progressively closer and Sarah even stated on the beach before one heat against Maaike Huvermann that she was a bit nervous. Talking of Huvermann, the young freestyeler from Brouwersdam has been putting in the hours over the winter and has a truly impressive repertoire under the belt. Shakas, flakas, spocks and more on both tacks show that she is on a mission to push the level of the girls closer to that of Sarah-Quita Offringa. We even saw a regular kono from her in one heat, and a very respectable attempt at a culo. 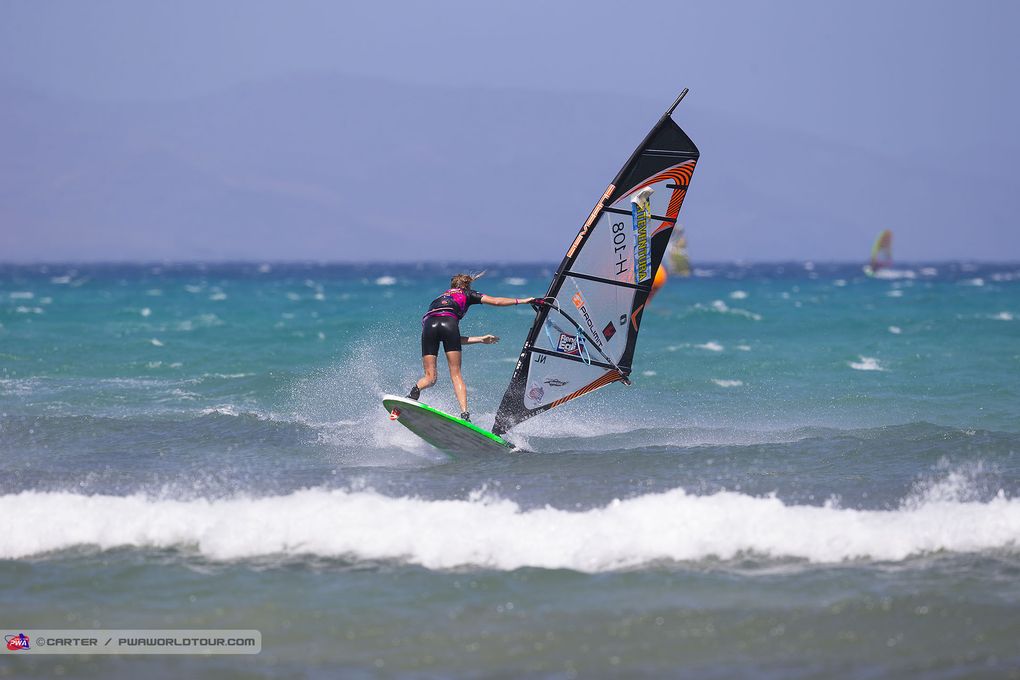 Oda Johanne from Norway has also been showing strong form with some excellent forwards, shakas and more. Her determination is very much apparent and we can expect to hear more from this young Norwegian talent in the coming years. With a strong forecast for the final day the overall results are all still to play for and there is a strong amount of excitement in the air as we close in on an epic finale to a great event. However, with Steven Van Broeckhoven out of the game and doubts over Jose Gollito Estredo’s participation in tomorrows double elimination, due to a heavy bout of chicken pox, we will not only potentially see some new blood on the podium but also some new faces in the top 3 overall rankings. 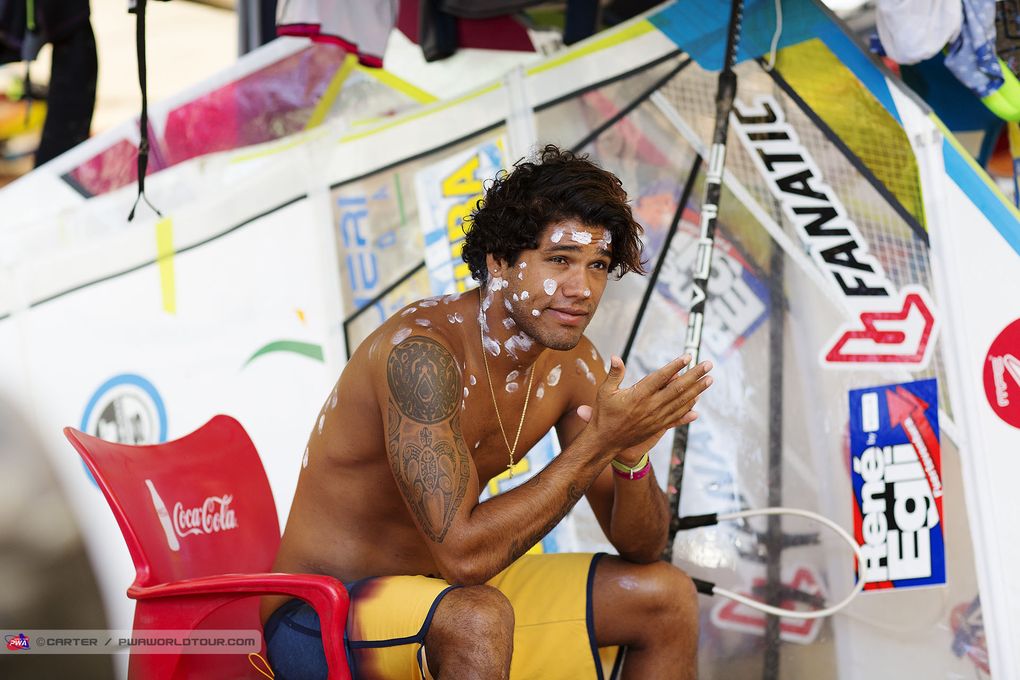 Make sure to tune in to the livestream to watch all the action as it happens and listen to commentary from Philip Soltysiak, Max Rowe and the occasional drop in from Adam Sims and Arrianne Aukes. You can check out some video highlights from the single elimination here and head back soon for more from the later rounds and the girls. With a slight break in proceedings we are back with plenty of action from the last two days. First and foremost is this inspiring edit from... Jamie Hancock, a professional windsurfer and media manager for Gaastra/Tabou, has just returned from Fuerteventura after spending a week there with his fellow team mates.... 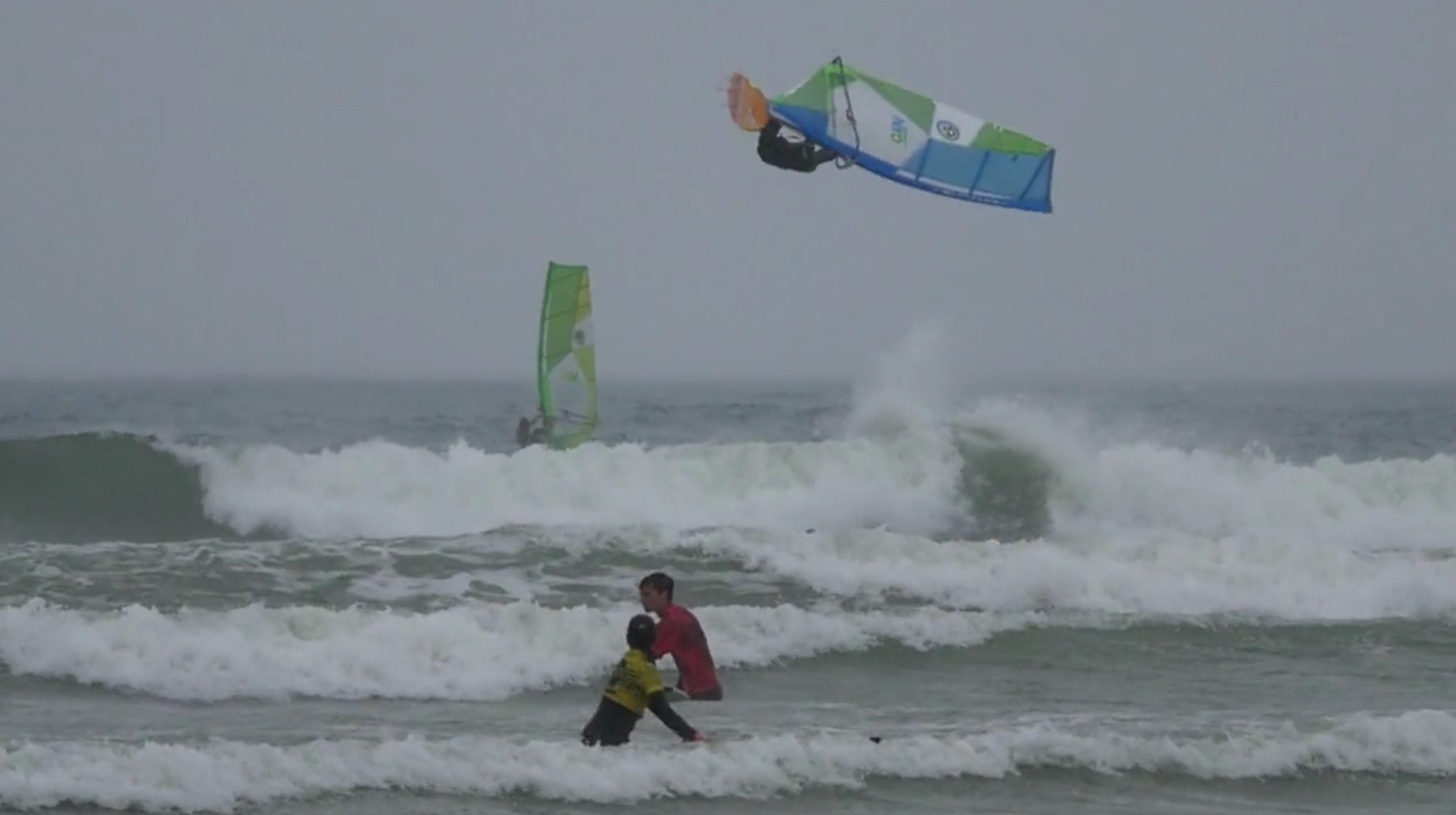 With a slight break in proceedings we are back with plenty of action from the last two days. First and foremost is this inspiring edit from...

Jamie Hancock, a professional windsurfer and media manager for Gaastra/Tabou, has just returned from Fuerteventura after spending a week there with his fellow team mates.... Hibdige Slowing It Down In Fuerteventura

UK Freestyler Nic Hibdige has released a new clip from his time in Fuerteventura this summer. Packed full of moves in this tiny lagoon, Nic...

Hibdige Slowing It Down In Fuerteventura 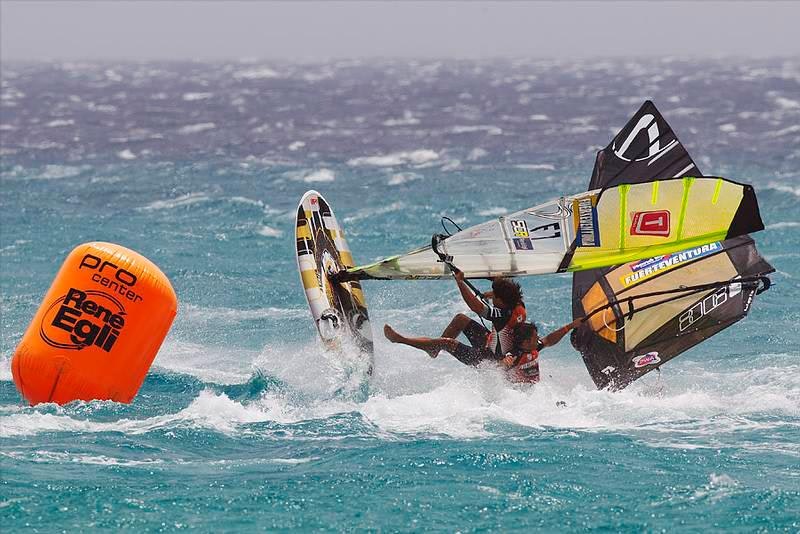 No Rules Slalom - In or Out

The never ending debate continues since the ‘no rules’ rule was first implemented into the PWA Slalom fleet. A risky move but one that has...

No Rules Slalom - In or Out