That’s a wrap for the PWA Gran Canaria Wind and Waves and what an incredible end to an all-time competition.

On the men’s side it won’t come as much of a surprise to hear that Philip Koster defended his single elimination win, but it was a closely fought final against Victor Fernandez. Victor came through an incredible amount of heats today in spectacular style; after starting off the competition quietly he seemed to fully turn it on when it mattered, taking out Antoine Martin, Jaeger Stone, Thomas Traversa, Dany Bruch and Alex Mussolini before facing Koster in the final. Taking down the King proved too much after that amount of heats and with another near perfect display from Koster.

In the women’s draw it came down to another familiar final, with Daida Moreno edging her sister Iballa into second place. The final was without a doubt a terrific display of control from Daida who landed a one-handed backloop, backloop and a massive stalled forward along with clean wave rides to take the win. Sarah-Quita Offringa took third place ahead of Steffi Wahl, who had come through a good few heats with some full power waveriding to make it up to fourth. There is no doubt SQ is one to watch for the very near future (and now!), she is already landing pushloops and more and could easily be the one to catch the twins and challenge for a top two position.

Mid-way through day two here at the PWA Gran Canaria Wind and Waves and the double elimination is getting the business end of things in some exceptional conditions. We’ve still got enough wind for the guys to be on 3.7 and 3.3s, but today the swell has risen bringing some mast high sets through the bay.

In the men’s fleet Jaeger Stone has been the stand out performer of the day so far, winning through three close heats to now face Ricardo Campello. Stone’s been going for the opposite tactic to most of the other competitors and focussing on his wave rides first, before clocking his jumps in nearer the end of the heat. Jaeger’s said he knows he needs to go big on his jumps as ok ones won’t be enough to win… although, his wave riding seems a cut above at the moment.

Another super close set of heats at the #pwaworldtour it is Jaeger Stone that takes it by half a point ahead of Swift. He will now take on Campello who beat Sanchez to advance. On the other side of the draw, Fernandez will take on an on fire Antoine Martin.

Jaeger will now face Ricardo Campello, who of course is looking strong, whilst Victor Fernandez will take on young rider Antoine Martin who looks on an absolute mission today.

In the women’s fleet we’ve only just commenced with the double but now are in the middle of a break as high tide as flattened off the waves a little. The next possible start is now 1.30pm so stay tuned to the live stream for more and in the mean time check out this 30 seconds of magic from Philip Koster yesterday.

The remaining heats in the double… 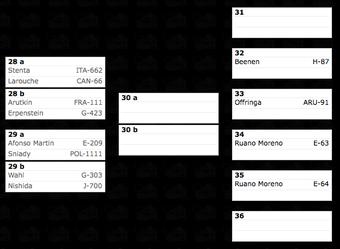 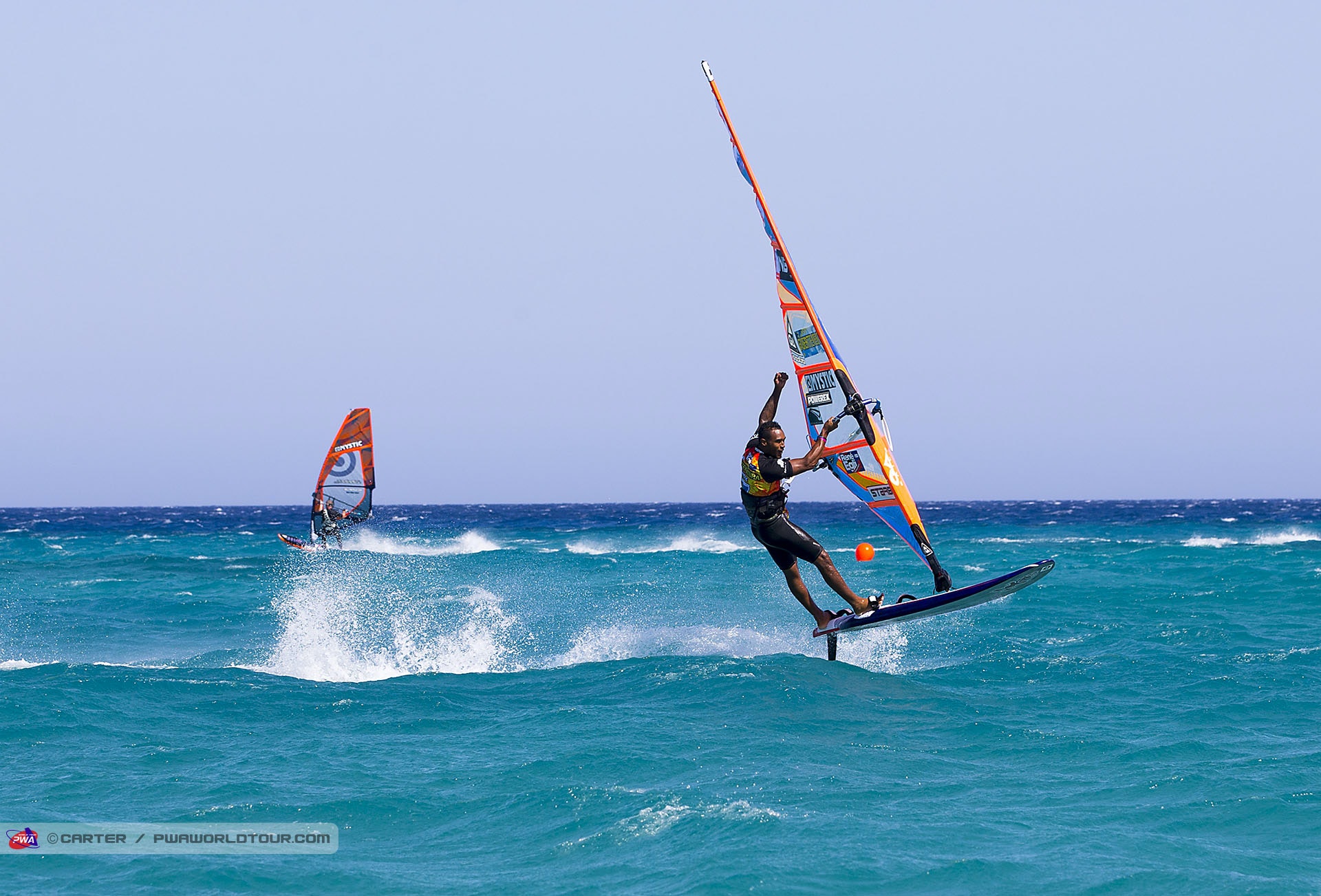 With the PWA slalom firing on all cylinders in Fuerteventura right now there is plenty to write about. First up, Maciek Rutkowski has had a run... After a slow start the final day of freestyle competition got underway with the second round of the mens double elimination. Lighter winds saw several... 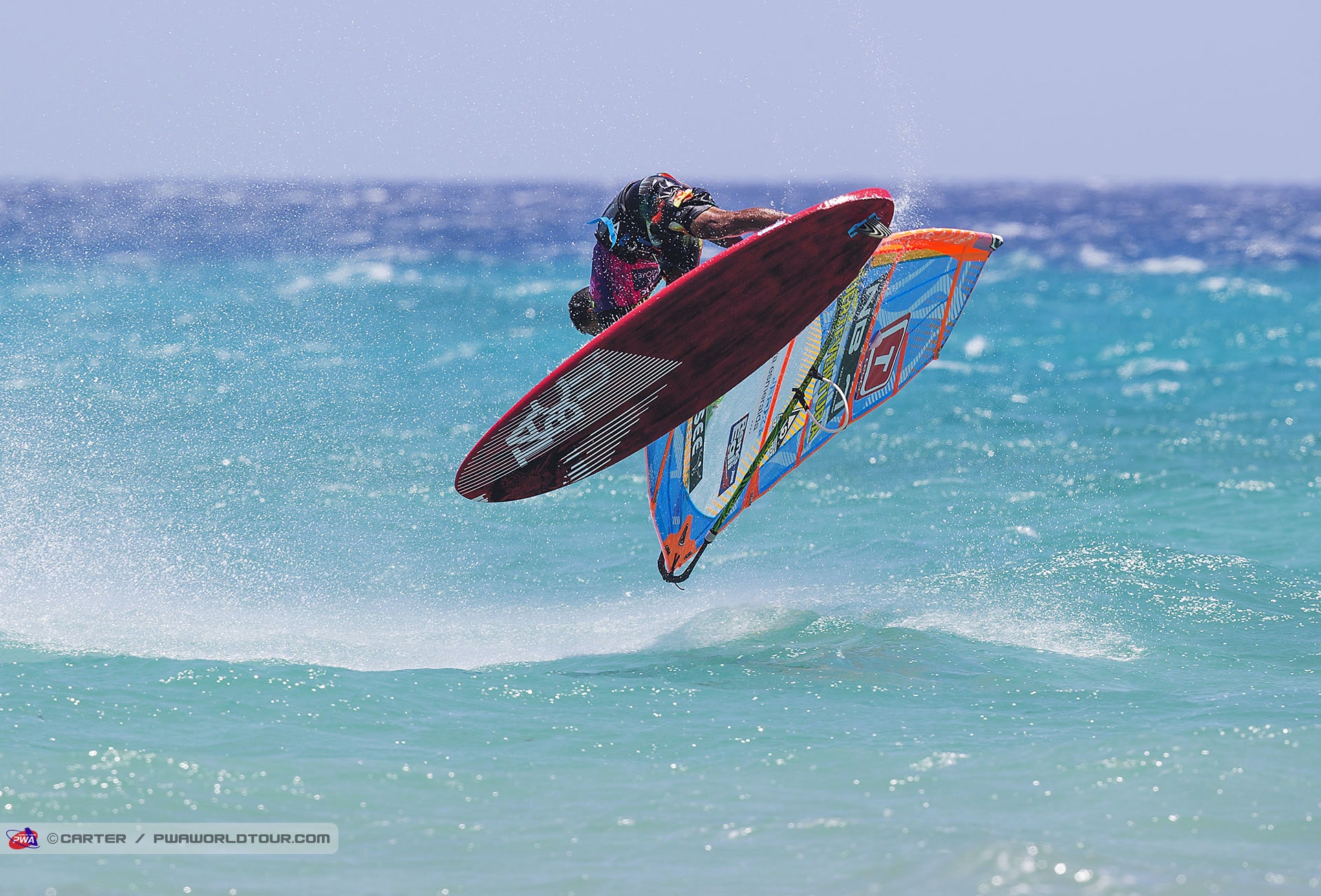 In an action packed high octane three days we have had some of the best competition in freestyle windsurfing to date. What is more there...

With the PWA slalom firing on all cylinders in Fuerteventura right now there is plenty to write about. First up, Maciek Rutkowski has had a run...

After a slow start the final day of freestyle competition got underway with the second round of the mens double elimination. Lighter winds saw several...

In an action packed high octane three days we have had some of the best competition in freestyle windsurfing to date. What is more there... 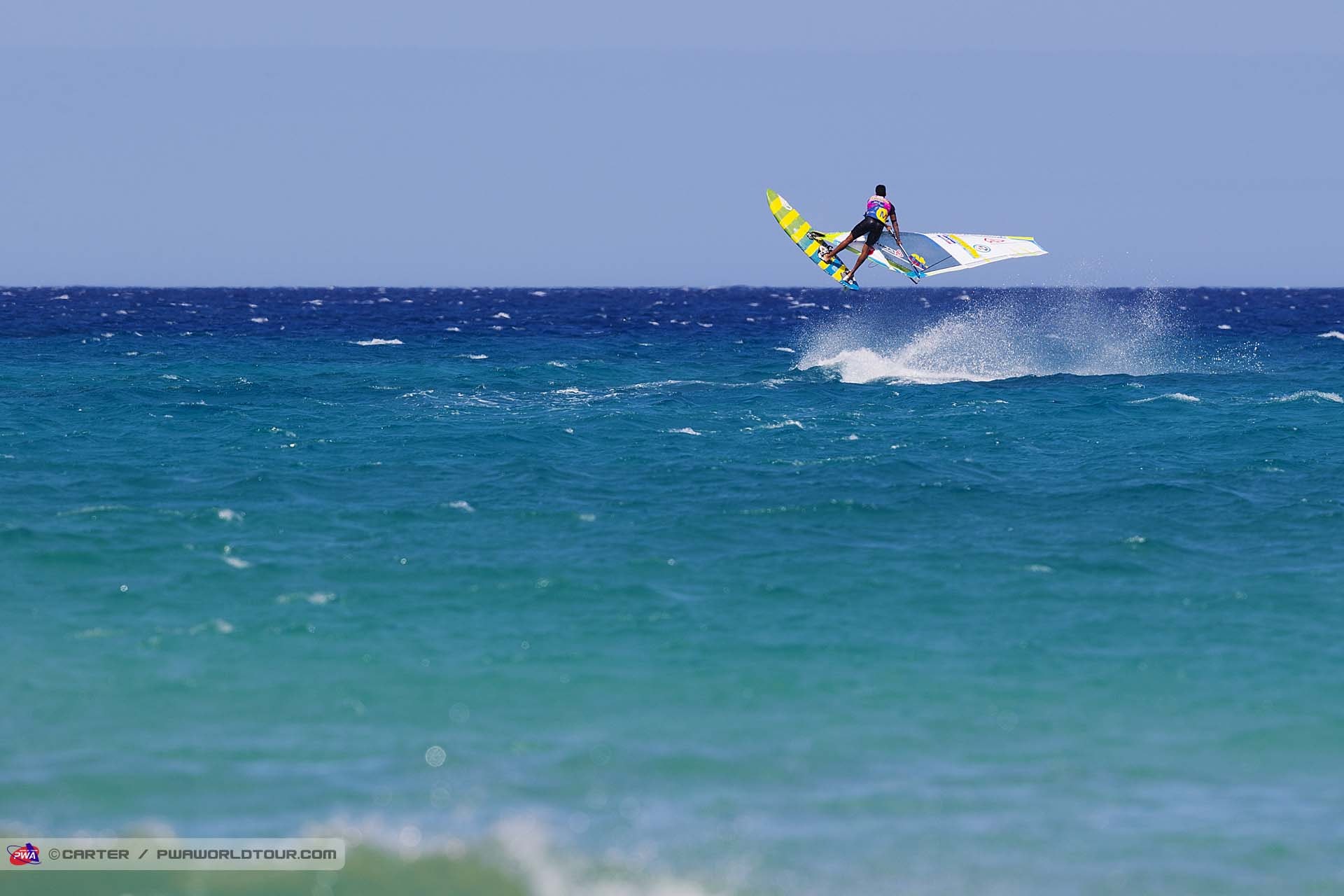 It’s here, the official Boardseeker podcast for what was one of the most epic PWA Gran Canaria events of all time, which makes this perhaps...