In the final hour we hooked up with the multi-talented, super hyped afro queen of windsurfing, yes, Sarah-Quita Offringa, for a quick rundown of this epic finale to an all-time year on the PWA World Tour. And yes SQ is currently dominating the ladies slalom… It’s the last slalom event of the year.

With the forecast promising wind every single day, this event will be really interesting. Mostly because it’s quite a difficult spot. Gusts come out of nowhere and there is rolling swell and chop at the same time. It’ll be entertaining to see who can and who can’t hold on! Over in the women’s fleet there are 19 entries, which unlike last year will require a qualifying round before the final. I’m currently leading the rankings and there are 4 girls tied for 2nd ( Lena, çagla, Delpine & Fulya). Tight huh?!

Apparently I need to finish top 6th to get the title. However.. there are no discards this year so every race will matter. I’m not going to lie, I did go out for a freestyle session here and there. Nobody knows I’m actually spying on my competition when I’m freestyling…

Delphine Cousin and Marion Mortefon look very tuned on their kit. Delphine was really consistent last year and took home the event win. I’m sure she could do it again. Moreover, Marion took home the Defi Wind trophy this year, so she’s no stranger to these strong conditions.

I spotted Çagla Kubat & Fulya Unlu getting tuned in together. çagla has trained a lot and I think that overall she looks ready to finish in top 3 this year. I did a run with Fulya and to be quite frank, she is freaking fast. It’s as if the chop doesn’t bother her as she just blasts through it!

Lena Erdil and Maria andres spent quite some time in New Cal before the event. However there wasn’t much wind during their stay, so they only got to get tuned just when the other girls arrived. Lena is also one of the girls who I see thriving in these conditions, thanks to her speedrun experiences in Namibia.

The always happy Japanese crew is also present: Fujiko Onishi (who didn’t bring smaller than 7.0 while all of us have been holding on to 6.4’s), Ayako Suzuki, Mio Anayama & co. I can’t believe it. They are not the biggest girls on tour, but they are fast! Even in the much stronger wind. Make the smallest mistake and they sneak right past you!

Local girl Océane Lescadieu finished 2nd in the first race last year. She knows exactly how to navigate these waters and is sure to put up a good fight.

The competition between the ladies is going to be hot! In the men’s division it’s tight for 1st place.

Matteo Iachino is leading. Slalom Veteran and legend Antoine Albeau is hot on his heels and then we have Pierre Mortefon. Whoever wins ahead of each other will get the title. I can’t wait to see this go down. 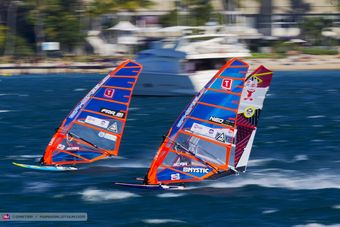 Amazing if Antoine wins, even more amazing if Matteo or Pierre win. That would mean that the younger slalom generation has finally arrived. As always Antoine looks mega relaxed and I’ve heard whispers on the beach that he is unstoppable on the water. I expect nothing less than first from him actually.

Matteo has been very consistent this year. And I’m definitely rooting for him to get the title. It would be well deserved! It appears he really stepped up his game this year, and he has shown to be able to keep his cool. For example winning the only race in Sylt, in minimal conditions. Coincidence? No way!

Pierre also sailed really good this year but had some bad luck here and there. Like his sister, Marion, he is used to tough conditions like this so it really wouldn’t surprise me if  he would just take the event win.

Ross williams and Cedric Bordes are sitting in 4th and 5th respectively. Last year’s event winner Ben van der Steen is right behind them in sixth. Benji won the event last year and is looking quite relaxed, as is Ross. Cedric has his biggest support with him, his wife! No stress in New Caledonia!

As always in the men’s rankings, it can change really quick.

I asked everyone if they could win some places; they all answered “yes, but I can also lose places”.

Well alrighty then! I guess it’s on!

Let’s see what this week in Noumea will bring. 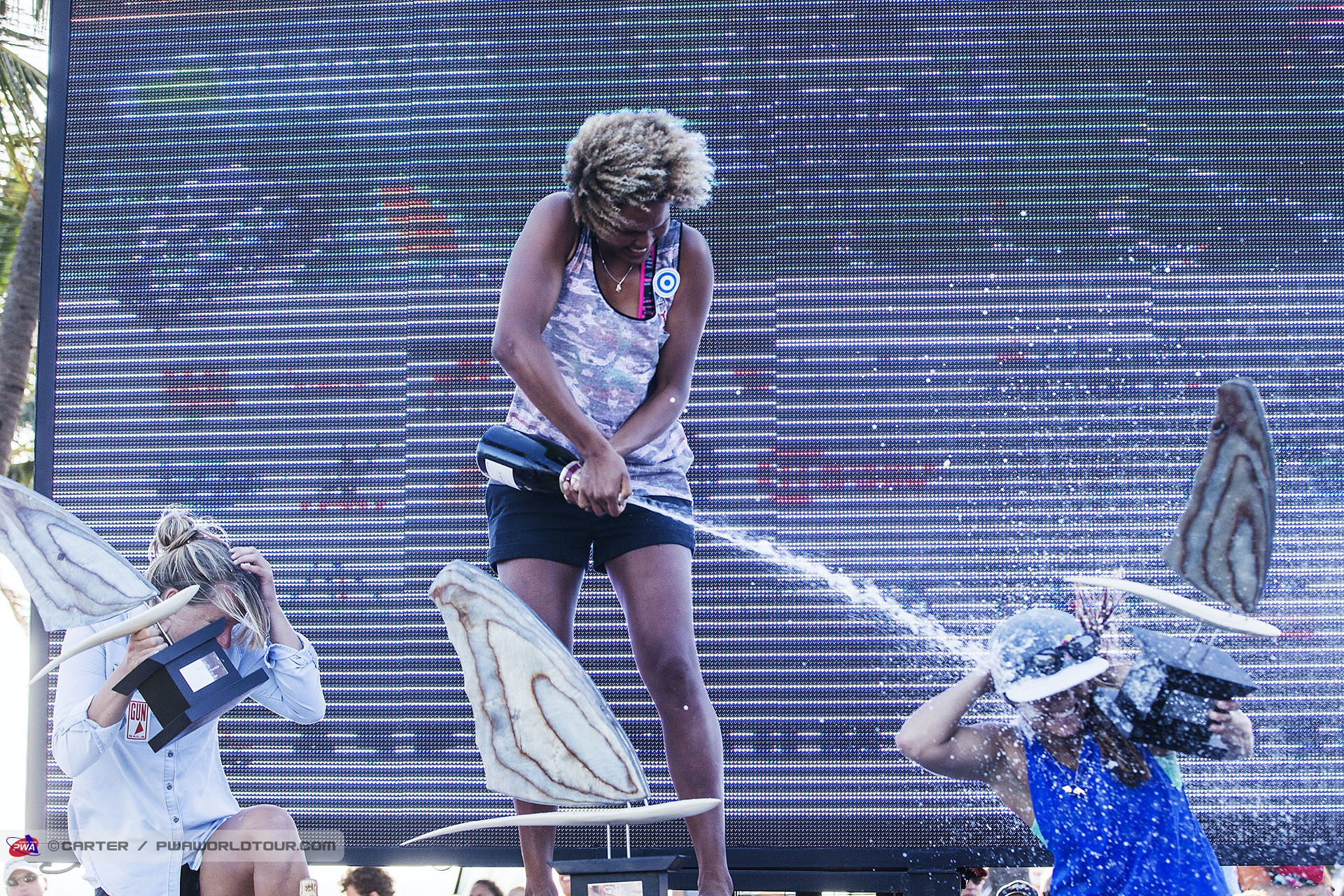 Sarah-Quita Offringa has had an astonishing career so far. Having just picked up her second ever slalom world title, which now sees her with 11... 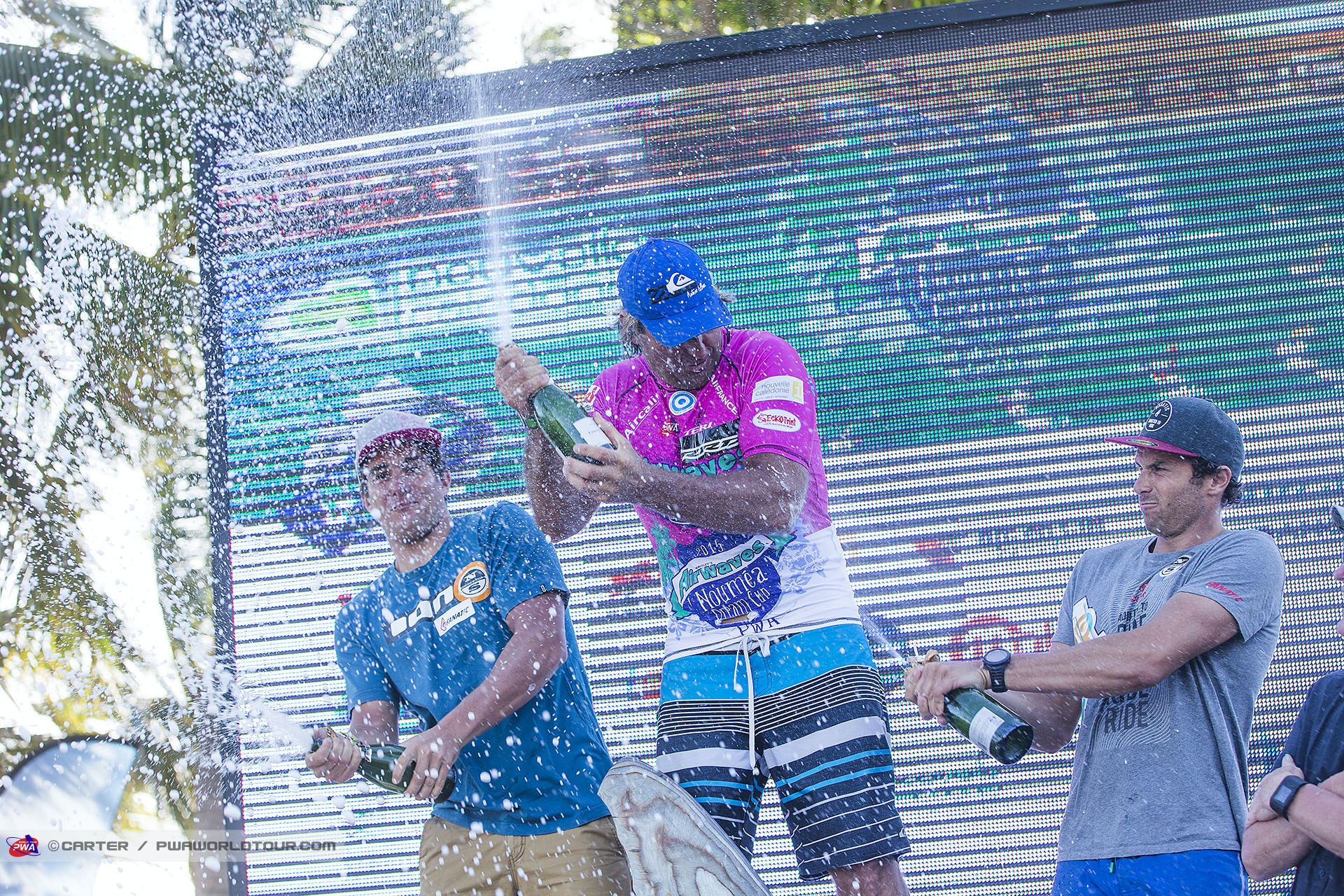 In one of the most dramatic slalom events for a long time Antoine Albeau fought his way back from the depths of the rankings to... 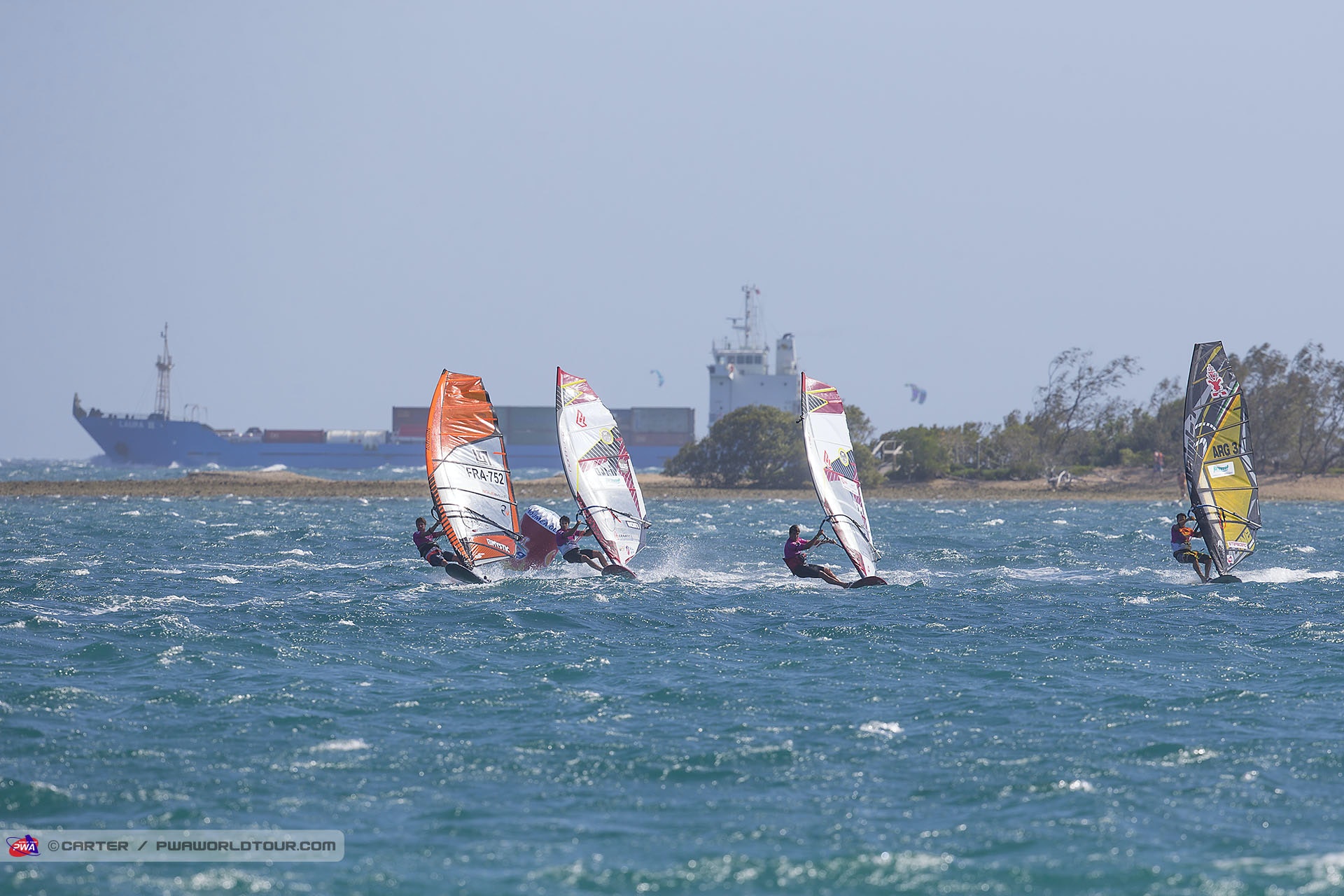 Day 5 saw plenty of highs and lows on the race course, including Matteo Iachino unfortunately seeing his hands slip from any remaining hopes of...

Sarah-Quita Offringa has had an astonishing career so far. Having just picked up her second ever slalom world title, which now sees her with 11...

In one of the most dramatic slalom events for a long time Antoine Albeau fought his way back from the depths of the rankings to...

Day 5 saw plenty of highs and lows on the race course, including Matteo Iachino unfortunately seeing his hands slip from any remaining hopes of... As the 5th day comes to a close we bring you the video highlights from day 4 where Ross Williams was able to win the... Highlights from an increasingly exciting finalé to the PWA World tour stop in New Caledonia. https://www.youtube.com/watch?v=iC7-ZecpzhQ