Mission one is over and six advance. From the breaking dawn until sunset the riders were chasing the biggest waves, charging for the highest jumps and trying to stomp the most radical move, in the end one person would have the best score but six will advance to mission two. These six were: Thomas Traversa, Marcilio Browne, Robby Swift, Julien Taboulet, Victor Fernandez and Dany Bruch. 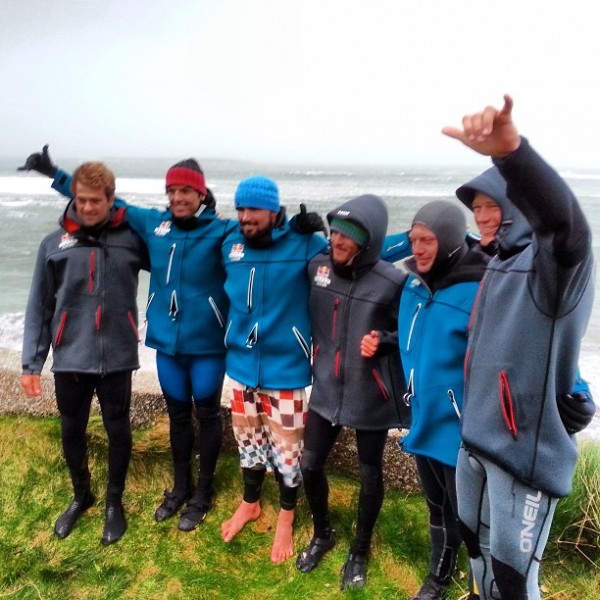 Although there is no official winner, it was Thomas Traversa who finished with the most points at the end of the day, this was probably due in part to his perfect 10 for an impressive wave 360. Meanwhile Robby Swift also scored a perfect 10 for a monster pushloop forward, we are pretty excited to see that one.

Check out all our live updates that took place throughout the day, right here – boardseekermag.com/news/red-bull-storm-chase-live

We will bring more to you as we hear it, so stay tuned for the radical photos and videos that will hit our screens very soon. Red Bull have pulled the bunny out of the hat on this one. They are stating that it was a windsurfing competition like we have... VIDEO: Red Bull Round UP - A storm chase like no other

It was a resounding success and at the same time not far off the definition of insanity as 10 of the finest windsurfers met at...

VIDEO: Red Bull Round UP - A storm chase like no other *Scroll down to The Heats to see the live updates* The Chase has arrived at the beach of Dumps in Brandon Bay on Ireland’s battered west...