The NSW Wavesailing Association announce the dates and release further information on their up coming state championships; who will be victorious on the east coast of Australia? What is arguably the southern hemisphere’s premier wavesailing body, is gearing up to run the New South Wales wavesailing titles from the 13th to the 16th of February. The event, which will bring together some of Australia’s best wavesailors from both NSW and interstate, is the flagship event for the NSW Wavesailing Association, (NSWWA) under the new format introduced for the 2013-14 season.

The event will staged at Gerroa, probably the best wave spot on east coast Australia, and will also utilise Windang Beach and Werri Beach as backup venues. February is the optimal time of the season for the event as well, with consistent winds, but also decent swell likely (think April in Maui). The NSWWA series demonstrated how good Gerroa can be with the conditions that were met at its last event.

The competition will run under PWA guidelines in a man-on-man, double elimination format to ensure a fair determination of the champion in five divisions: pros, amateurs, masters, ladies and juniors.

Possible contenders for the pros title include Brett Goodwin, who has taken 2 out of 3 NSWWA series wins so far this series, upcoming local Forrest Ladkin, and wavesailing stalwart Tim Knowles.

For further details, take a look at http://nswwavesailing.org/ 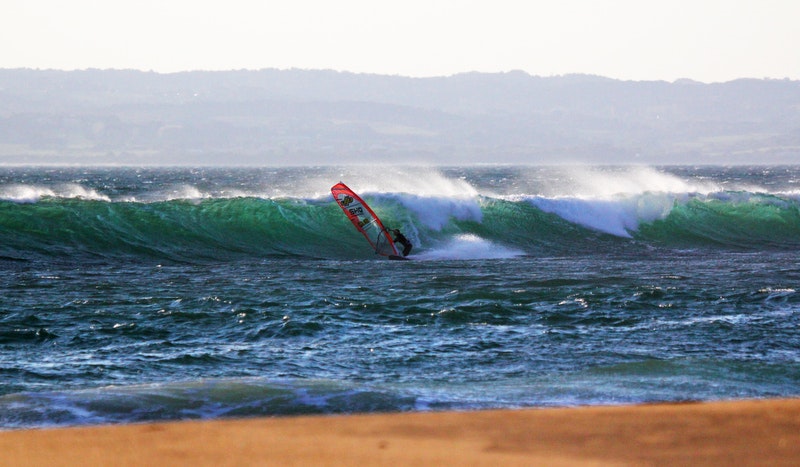 The Australian National wavesailing titles will be decided in the first week of March, but who could take the win? More from the organisers:

The Australian National wavesailing titles will be decided in the first week of March, but who could take the win? More from the organisers: