Maxime van Gent is one of the most promising young females on the windsurfing scene, along with the likes of Oda Johanne and 15 year old Maaike Huvermann, it’s safe to say there is a new wave a talented women pushing the top riders.

Fanatic caught up with their team rider Maxime, at the end of a successful year:

17 years old, blonde hair, that’s the new windsurf talent in the team of NorthSails and Fanatic: Maxime van Gent. The Dutch sailor lives on Bonaire where she first came in touch with windsurfing. Only two years after her first steps on the board, Maxime being 15 by then, already took part in her first PWA contest. She finished 7th in the overall ranking. This year she made it to 5th place in the PWA Freestyle contest on Fuerteventura. And that’s not the only reason to get to know this talented, good looking Dutch girl a little better.

Maxime, congratulations on your 5th place at the PWA Freestyle contest on Fuerteventura. What does this success mean to you?

I’m super happy about it. We had lots of good wind on Bonaire during the last year. I was training a lot, but not as much as I actually wanted to as I also had to get through my exams. That’s why this 5th place motivates me to train even more intensively next year.

You and your family moved to Bonaire when you were 12 years old. On your webpage it says that in the beginning you were anything but interested in windsurfing. Why?

I did gymnastics in the Netherlands and when I came to Bonaire I was looking for something similar to do. I never heard of windsurfing before and therefore thought I wouldn’t like it.

What changed? How come today you are such an enthusiastic windsurfer?

After one year, a good friend took me to Sorobon. There I tried windsurfing for the first time. The first days, I just kept trying because I really liked the scenery there and it impressed me how all the windsurfers did their tricks on the water. Then I got more and more motivated to do it myself and I never gave it up from then on. After a few weeks I was able to plane – I’ll never forget that feeling. I realized I was addicted then!

Which hobbies do you have besides windsurfing?

Stand Up Paddling, Snorkeling and Wakeboarding.

In sports? Actually I don’t have anyone in particular. Anyone who’s following whatever he or she loves is my idol.

And besides sports? Who’s your idol there?

I think the answer is the same: Anyone who does what he/she loves.

How do you learn new moves?

I ask the boys how they do it and then I go on the water and just try it over and over again. After that I ask again and watch them doing it. But most of the time I just practice until I succeed.

Where do you see yourself in ten years?

At the moment I just live from day to day and enjoy life. I have no idea what the next ten years will bring for me but I hope that I will still enjoy life as much as I do and will be still windsurfing!

Maxime, thanks for the conversation!! Check out more about Maxime here on the Fanatic website.

1. Adrian Beholz presents his latest clip – CamoCut.This features some super fast and slick freestyle moves, that will leave you wondering how they’re even... 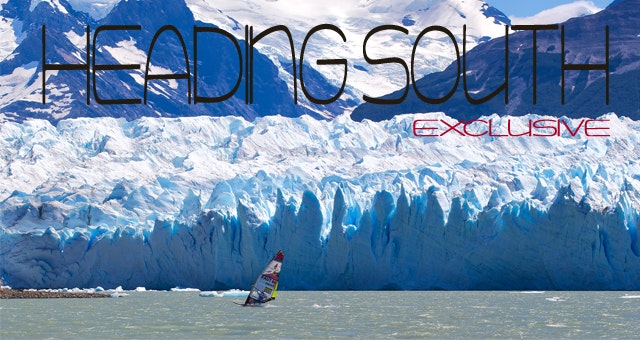 Imagine two motivated windsurfers, a creative film and photography crew, a sponsor with great confidence in their athlete and one fantastic idea: A windsurf trip... 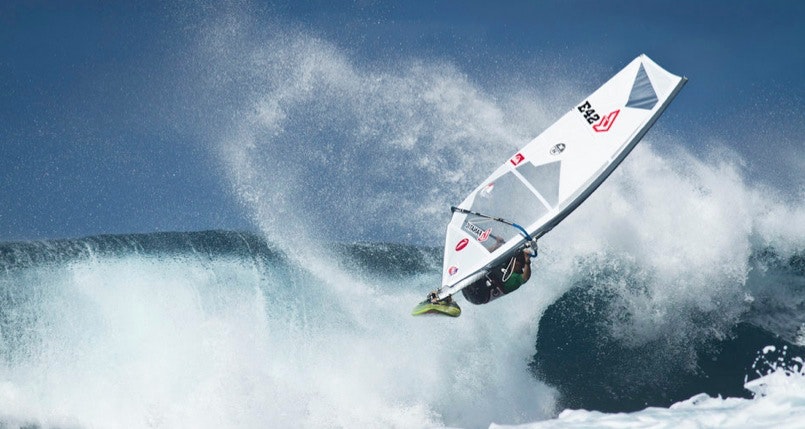 Victor Fernandez, fresh from his great performance on the PWA tour this year, shares a quick clip of recent Maui moments. Victor seems to be...

1. Adrian Beholz presents his latest clip – CamoCut.This features some super fast and slick freestyle moves, that will leave you wondering how they’re even...

Imagine two motivated windsurfers, a creative film and photography crew, a sponsor with great confidence in their athlete and one fantastic idea: A windsurf trip...

Victor Fernandez, fresh from his great performance on the PWA tour this year, shares a quick clip of recent Maui moments. Victor seems to be... Fernandez Shows Off the Soul. Wave

Victor Fernandez has been using the NorthSails Soul.Wave recently in Maui and Chile. A great sail for light wind riding, Victor shows off what it’s...

Fernandez Shows Off the Soul. Wave