It looks like the Fanatic/North crew are pushing it all over the world. Whilst Gollito is dropping huge moves off the ramps in El Yaque, the rest of the international freestyle boys just dropped this little nugget that Bastien Rama filmed in his short trip to Cape Town.

Unfortunately for Bastien he broke a bone in his foot whilst training during the first week of his trip. Having just recovered from exactly the same break on the other foot, Basti could only do one thing whilst he awaited his premature flight home and ‘potential’ surgery, that was to grab the camera and film his friends and team mates in action. So a special thanks to Basti for this shot. Get well soon and recover fast from all at Boardseeker. Frederic Bonet is combining beauty and windsurfing talent in his latest video with Estelle Barre. Some stunning photography, great action and more, this is a... 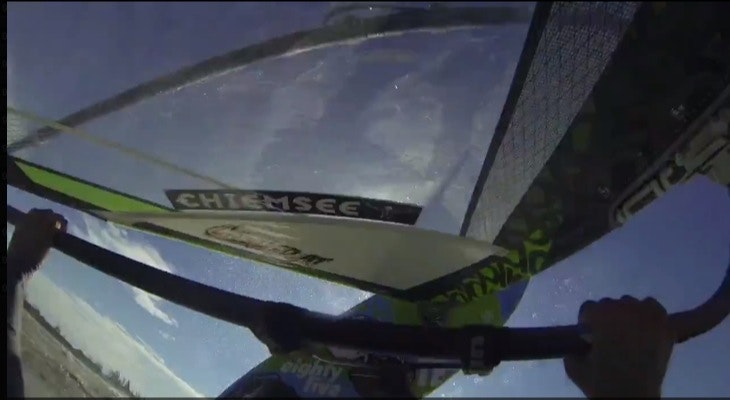 Yann Rifflet is living the windsurfing dream over in Brasil. A slick video with some solid riding, stylist moves and some freestyle thrown in too: http://www.youtube.com/watch?v=l6LKECiGV2Q&list=UUQ57T6aezeGvZWQF_UIGkAQ Yann RIFFLET... The absolutely incredible, unbelievable and awe-inspiring skills of Gollito Estredo. In the words of the master of freestyle: It’s now online, you must see it. And we’re not...