This afternoon we have this little clip from NWF organiser Allan Cross as he takes us on a tour around the Severne Overdrive R4.

Judging by this next clip, we are pretty sure skateboarding just entered another dimension…

Well we hope you are settling in to the wonders of our new website, we certainly are but tell us your thoughts in the comments below.

First things first though, some of the latest updates from the sport we all know and love. Our initial one comes from Tom Malin, a name some will recognise from the UK’s wave scene. He has put together a clip from what’s happening within his home counties of Cornwall and Devon. Actually a really cool idea as many wonder what the area is all about. Well many of your queries will be answered over this series as Malin takes us on a trip around the area and the events that are going on. The first episode covers the popular student event that is Aussie Kiss with plenty of action from top pros such as Adam Sims and Max Rowe as well as catching up with one of the SWA’s chiefs (to many he is simply known as) Beaker, the unsung hero of the century for UK windsurfing. Well enough with the introduction, enjoy the clip.

Up next is another clip from the European community, featuring Maaike Huvermann, Remko de Zeeuw and Niek van der Linde, the video was shot at a relatively unheard of spot in south west Holland. Obviously Remko and Niek are sailing well but what is most interesting about this clip is Maaike. For those less familiar with European names, Maaike is a 15 year old girl who is landing clean spocks and already making some good headway with no handed spocks… watch this space.

Now as we head up the level even further we join Nicolas Akgazciyan (F400) who recently found himself out of action due to injury. Very gutted he was missing from the competition scene at the end of this year but as we see injury often makes a man stronger and in this case that is no exception. Nico shows a strong return to form and we can expect motivation at an all time high as he powers back in to action for next years PWA and EFPT tours. For now, here he is featuring in his clip – Back To The Game.

News from a recently firing Malta now. Jamie Drummond scored a few sessions in some firing conditions and now with a bit of time on his hands it looks like an edit is coming together. Here is a clip he has released to keep us all on our toes.

Maui continues to provide plenty of inspiration as many of the top brands continuously test their latest toys from the islands shores. One such brand is that of Quattro/Goya, headed up by the most enthusiastic windsurfer of them all, Francisco Goya. Well lucky for us the brand opened their doors recently for a sneak peek around their store and workshops, so come on in.

Although we just pronounced Fransisco Goya as one of the most enthusiastic windsurfers of them all, it could well be that this young lad is stepping up in to similar shoes, Youp Schmitt residing from Bonaire has recently launched a new clothing line. He’s a part of the brand that has been a while in the making and apparently they’ve already sold out of some lines but are ready for more orders. We think the logo and branding looks awesome, early Christmas present anyone? www.heyyoup.com

Right we wrap up there this morning but let us know your thoughts in the comments below. Are the SWA doing it right? Could other governing bodies learn from the SWA? Is Beaker the unsung hero of windsurfing? Should more young girls take up freestyle windsurfing? Let us know… 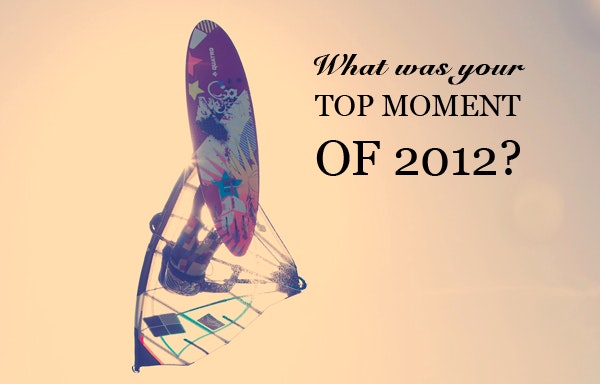 Windsurfing is all about imagery; capturing the perfect moment on the water is something truly special. In this new series Boardseeker catches up with a...

Windsurfing is all about imagery; capturing the perfect moment on the water is something truly special. In this new series Boardseeker catches up with a...