The EFPT (European Freestyle Professional Tour) announce their 2013 sailor and rookie of the year, these two are both names to watch out for in the future, especially on the EFPT and PWA freestyle tours.

More from the EFPT:

We are proud announce the 2013 EFPT sailor of the year, together with the EFPT rookie of the year!

In the end Vladimir Yakovlev (JP/Neilpryde) from Russia secured the prestigious award, EFPT sailor of the year. 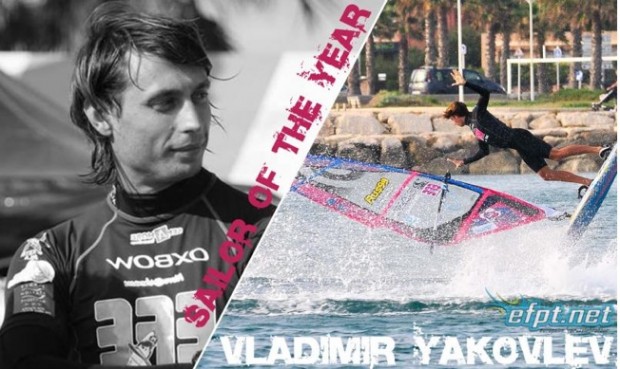 Yakovlev is not only an impressive freestyle windsurfer who continues to push his limits year on year, but was also the main organiser of the €10,000 EFPT Aqualeto Cup in Russia. It was a very close battle between Yakovlev and UK freestyler Max Rowe (North/Fanatic) who has also a huge following on all of his social media channels. After Adam Sims (Sailloft/Patrik) became the EFPT sailor of the year in 2012, it is very apt that once again a rider who was also organizing a tour-stop could take the award.

EFPT: What does the EFPT sailor of the year title mean to you?

Vladimir: It’s a pleasure to get this title and a great motivation to keep on going.

EFPT: How was 2013 for you and what were your best moments (on the tour and off the tour?)

Vladimir: I am still in the top 10, which is a good result and the best moment was when I took the second place in tow-in competition at the EFPT event in France!

Vladimir: I’ve got a lot of plans for the next year. New competitions and new places! I want to improve my skills and get to the podium!

EFPT: You organised an amazing event last year- will we see a comeback in Russia in 2014?

Vladimir: That event was great and we all wish to make it happen again. I’ll do my best to organize it again on the highest level!

Besides the EFPT sailor we also give away an award for the EFPT rookie of the year, who is the rider with the best overall ranking who did the whole tour for the first time. This year’s nominations are therefor fully owned by the Russian windsurfing scene, as Dmitry Tertyshnyy who entered the European Freestyle Pro Tour in 2013 for the first time and scored a top 15 position overall straightaway. We caught up with the Russian freestyler about this award, his experiences on tour and his plans: EFPT: What does the rookie of the year title mean to you?

Dmitry: I was really surprised when I got the news. I trained a lot the last seven years to become good enough to be ‘just’ an EFPT rider like learning new tricks, train, learn more about equipment and work to finance this all. I didn’t expect to be the EFPT rookie of the year. I am so happy to get this title! This motivates me to train more and to win new titles!

EFPT: How many years do you freestyle already?

EFPT: When did you decide to enter the EFPT and how did you like the tour?

Dmitry: That was 7 years ago when I started to train the Vulcan. I decide to be a ‘cool rider’ and Russian competitions weren’t my limit. I wanted more. Therefor I started to practice a lot to have the level to compete in the European league. Finally my dreams are coming true!

I like this tour so much since the time when my close friend Vladimir ‘Vova’ Yakovlev became an EFPT rider and brought home so much news and videos from tour stops. That was great!

EFPT: What are your training plans and will we see you competing again next year?

Dmitry: Now I am in Dahab (Egypt) to work at the Vetratoria windsurf-station. This is great place to practice. I feel really motivated when EFPT and PWA riders come here to train. My main goal is to find a sail and a board sponsor for me =).

The EFPT events of 2013 showed me that I go the right way. Now I continue to train backwind and double moves on both sides and I want to add some new moves to my routine, because I don’t only want to be ‘EFPT rookie of the year’, I want to go further! Thank you for the title!! 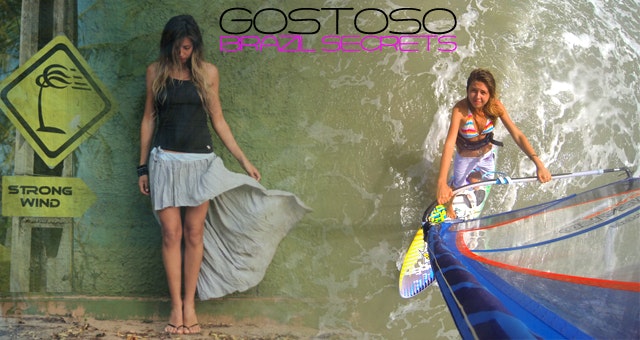 Many of the world’s top freestyler windsurfers are now in Cape Town, testing, practicing and generally messing around. The life of a pro freestyler is... With the recent announcement of the 2014 PWA calendar, the EFPT have now followed suit, releasing their calendar of events for the year ahead. More from...

Many of the world’s top freestyler windsurfers are now in Cape Town, testing, practicing and generally messing around. The life of a pro freestyler is...

With the recent announcement of the 2014 PWA calendar, the EFPT have now followed suit, releasing their calendar of events for the year ahead. More from... 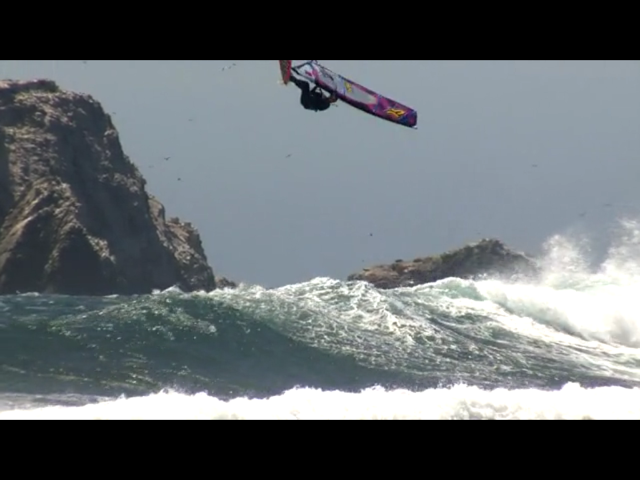 Whilst Chile was supposed to be a new and exciting stop on the PWA wave tour in 2013, things unfortunately did to follow as planned.... Over the Christmas period a video (if you missed it, check it out at the bottom of this feature) hit our screens that gave us...