Well news is certainly slow today in the video department, but we have a couple treats for you.

The first comes from the UK freestyler John Palmer. Many will know of his exploits whilst he was working at the popular resort of Club Dahab. However, firmly back on UK shores Palmer now finds himself hitting up West Kirby, one of the ultimate freestyle windsurfing spots the UK has to offer. Here he is in action.

For the second video we join Micah Buzianis as he takes us for a ride slalom style.

News from the popular Student Windsurfing scene in the UK is of a well attended and successful event held in Portsmouth. Not the dreamy wave conditions they were expecting but still a result was gained and we are pretty sure the evenings went off in try student style. You can read the full report over on swa.co.uk.

There are a lot of video projects in the making at the moment and another one is to be added to the list. Slovenian freestyle weapon, Andraz Zan has teamed up with Steven Van Broeckhoven out in Brazil. The two are currently scouring the coastline around Kauli Seadi’s windsurf centre in Sao Miguel de Gostoso. Here is what Andraz has to say about the project and you can find a full write up with pictures on his blog – “It has been more than a week since I arrived to Sao Miguel de Gostoso in Brazil. Purpose? New video project with Steven Van Broeckhoven and sailing of course as much as free time allows me… So far We’ve been pretty busy. Filming every day most of the day, well at least when conditions are really sick…Also the hospitality is great. Kauli Seadi is taking care of us better than in 5star hotel…” With Don’t Let Go releasing the trailer recently, they’ve now announced dates of screenings that will take place around the world. Two years in the making and finally finished the movie is set to impress windsurfers world wide. Here is the list of where the screenings will take place:
15.12 Paris
16.12 Saarbruecken
19.12 Munich (Note – this is set to be the big one so find out more on facebook here)
20.12 Hamburg
21.12 Kiel
End of Dec. Santiago, Chile
Jan. Maui
Feb. Los Angeles

More dates for the diary, the BWA have announced their first two tour stops for next year. It’s back to back action in Wales and Ireland again so make sure you get those ferries booked early enough. Check out the press here.

Further afield, Graham Woods has been scoring some pretty sweet action down in WA. The season is well and truly set and many a pro can be seen there this year. Check the gallery here and our favourite snap below. Another image from down under, it’s Ben Proffitt again, but this time not quite like you know him… ouch! What’s the lesson here boys and girls…

Lastly, those who are in to their flymounts and K4 fins may enjoy this little read.

Hot off the press this afternoon is this little number from Phil Horrocks who scored Chile at its finest by the looks of it, a super nice video with some real clean moves and glassy waves.

Also hot off the press is Mikey Clancy’s announcement that he has just been nominated for the People Of The Year award in Ireland’s adventure mag – Outsider. Read all about it here.

Lastly, check out this documentary. A lesson in how to get somewhere, start when you are 13… 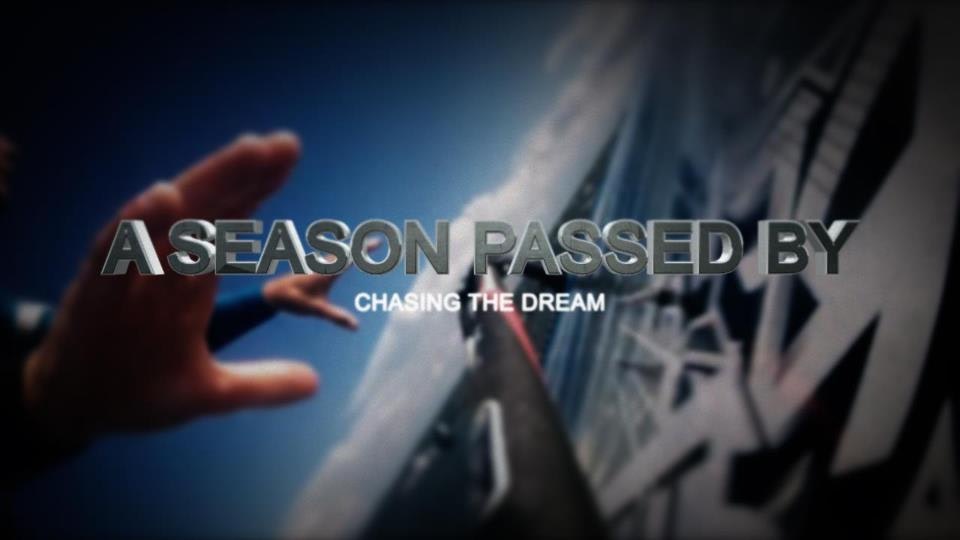 European Freestyle Pro Tour Champion Davy Scheffers got in touch about one killer video! He also sent us these words (below), enjoy the action, we’ve... As the shock waves continue to resonate through the windsurfing community of the loss that befell us this weekend, we can only remember what a... Something that is rarely seen in windsurfing is hydro-foiling, well we are lucky enough to jump on board with 2012 PWA Slalom World Champion Antoine...

European Freestyle Pro Tour Champion Davy Scheffers got in touch about one killer video! He also sent us these words (below), enjoy the action, we’ve...

As the shock waves continue to resonate through the windsurfing community of the loss that befell us this weekend, we can only remember what a...

Something that is rarely seen in windsurfing is hydro-foiling, well we are lucky enough to jump on board with 2012 PWA Slalom World Champion Antoine... The K4 Harness mount is proving more and more popular as we start to see it used in various videos. Well with such firing conditions...