PWA Tenerife saw some awe inspiring skills on show: stalled doubles, wave 360s, goiters and more, from the top riders in the world. But there’s one thing that impresses more than anything else (almost)… a simple wave ride, topped off with the best, hardest hitting, rail gouging, lip smacking top turn possible, that shoots up buckets of spray.

Despite all the tricks, twists and jumps, many riders still agree a really good turn is one of the most rewarding things in windsurfing, and we definitely think it’s one of the best to watch too.

With this in mind Boardseeker has trawled the best shots from John Carter of the PWA in Tenerife to bring you the best spray spreading, hell hits. But which is your favourite? VOTE below…

Note: we are aware there is not shot of Koester, this is not because we didn’t want him in the vote, but just because there wasn’t a good hack/spray shot of him from Tenerife. We are well aware he has one of the best single turns that anyone could wish for. Get your sails, boards, kites and dancing shoes on the Cold Hawaii Penguin presents the PWA warm up weekend in Klitmoller, to be followed by... 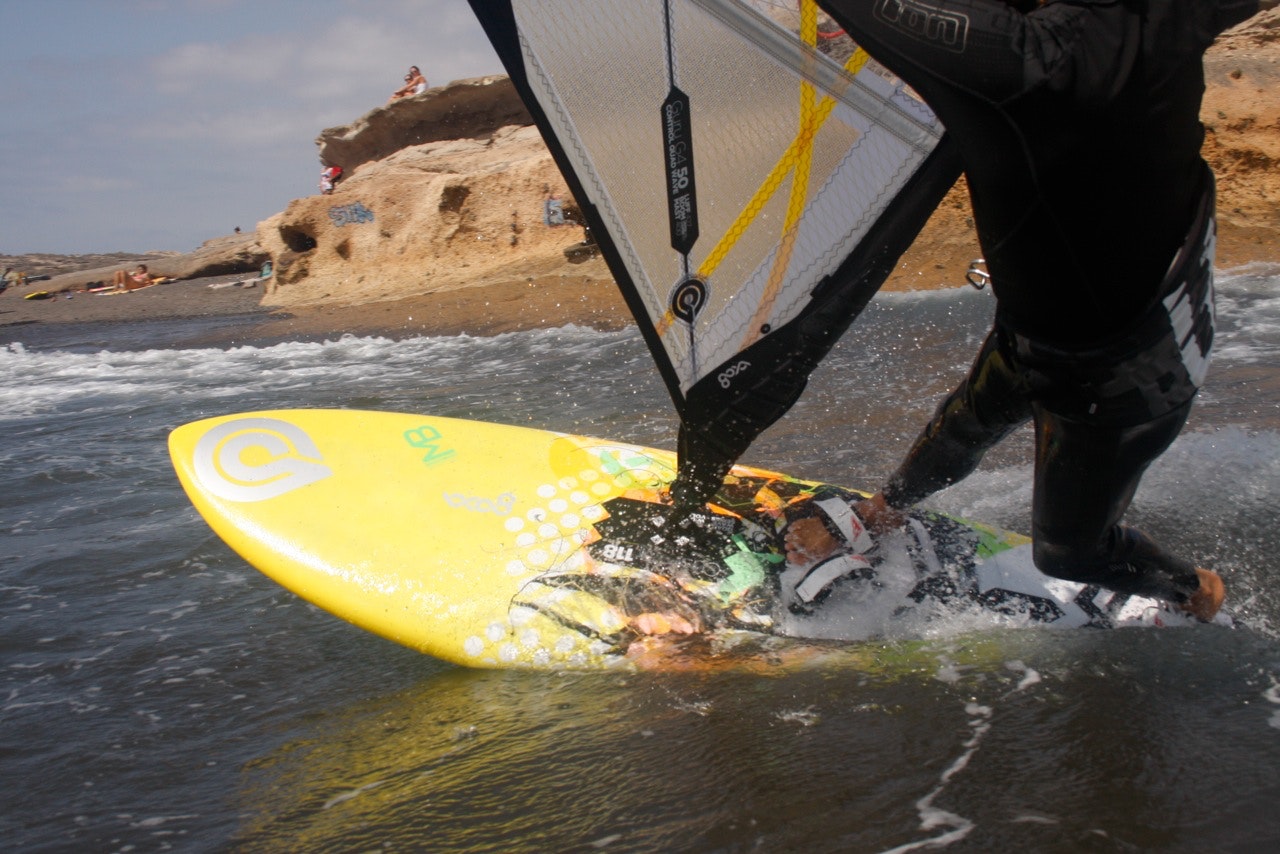 As well as the F2 Axxis (the brand new two in one board) Adrian Jones and his Clones have also been testing the latest in... The Boardseeker and Boards test team, consisting of Adrian Jones and his team of Clones have been over in Tenerife getting to grips with some... Inside Brouwersdam: The calm before the storm

Today was the ultimate tease. The waiting game began this mornign but soon the wind filled in enough that quite a few competitors made their...

Inside Brouwersdam: The calm before the storm Entitled ‘New Project’ we are intrigued as to what McKercher and Severne have up their sleeves with this one. But what we can say without...